This is not going to be like my regular book reviews. It cannot be. It was so long... It took me so much time.

I'm reading almost every day after I wake up and before I go to bed. Okay, I was on vacation while I had this book in the queue where I didn't manage to read as frequently and as much as I wanted, but still... Usually, I finish a book in no more than 2-3 weeks and this took me about 2 months. It might not be more than 500 pages, but oh boy, those pages are packed.

So first of all, I found The Beginning of Infinity interesting, certain parts outright fascinating, but I wouldn't recommend reading it if you're not a binge reader, probably this would take you out of the "book market" for too much time.

So what is this book all about?

It's basically about human progress. Why and how do we evolve and what's the limit of this development?

As you might imagine, the answer to this latter question is that it has none. Our progress, the progress of knowledge is infinite. At many points throughout our history, people claimed that it's the end of history, it's the end of discoveries, but they were never right and probably they never will.

Otherwise, in the book the author touches on the questions of beauty, the reasons for creativity, mathematical proofs, artificial intelligence, the evolution of culture, and even multiverses and quantum physics. At certain points, I didn't feel the book a coherent entity, but rather a collection of interesting - but not very well organized - writings.

I'd also not consider this book the one big source of truth, even though it seems that Deutsch handles his points infallible and uncriticizable.

Especially when it comes to quantum theory and multiverses, we are not there yet - will we ever be? - to decide, to prove whether the hypotheses he shares are the right ones.

A part of the book that I particularly liked was the last chapters. No, not because of that... Not only! But it discussed history, Easter Island, different points of view on the society (of the Easter Island and in general).

First of all, it makes a distinction between static and dynamic societies.

In static societies change is slow. By slow the author means that it's hardly noticeable to the individual, the manifestation of changes requires multiple generations. It's achieved by suppressing creativity and progress both on central and local levels.

A dynamic society is therefore a culture where change and progress are fast, it's noticeable for the individual.

The author brings the two ancient Greek city-states as examples. Sparta was a static society, while Athens was a dynamic one. Until Sparta defeated it in the Peloponnesian Wars and made an end to the Athenian golden age.

The next time when a dynamic society started to emerge was the European Enlightenment and the author claims that we are still in a transition from a static to a dynamic society, though I'm sure many would complain that it's already too dynamic.

Dynamic societies are able to solve the arising problems with creative solutions. And here comes Easter Island into the picture. We are not sure when the islanders arrived, why they started to raise statues, but there are a few things to notice: 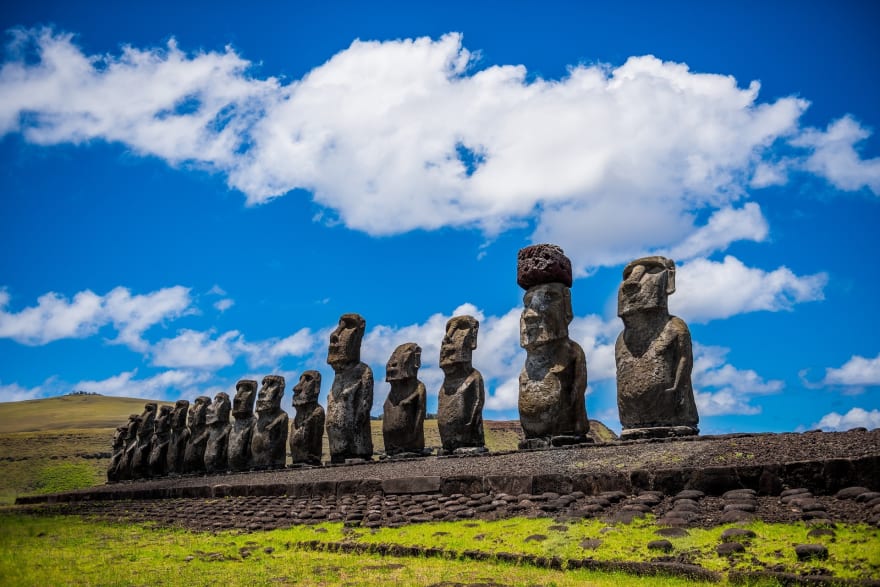 The Easter Island society when faced with a problem, couldn't change their fate, they couldn't respond to the challenges. Instead, they kept doing what they had been doing engraving the situation. They showed the signs of a static society and they died.

That's pretty much what happens to static societies. They cannot react to the changing environments, to the changing circumstances, so they inevitably meet problems where their systems of beliefs and actions become inadequate and their societies collapse.

A dynamic society on the other hand is adapting and can answer to the challenges of a changing environment. Which one do we live in?

Time will tell, but ours show signs of a dynamic society.

So what do I think about The Beginning of Infinity overall? Would I recommend it? I don't say that it's a bad book. It is an interesting read, but very long. Only read it, if you read a lot and if you are interested in mathematics, physics and history at the same time. Then it will be interesting. But beware it might block your reading queue for more than a month or two.

9 Games Every Programmer Should Play !!!

DISCUSS: The blurred line between front-end and fullstack