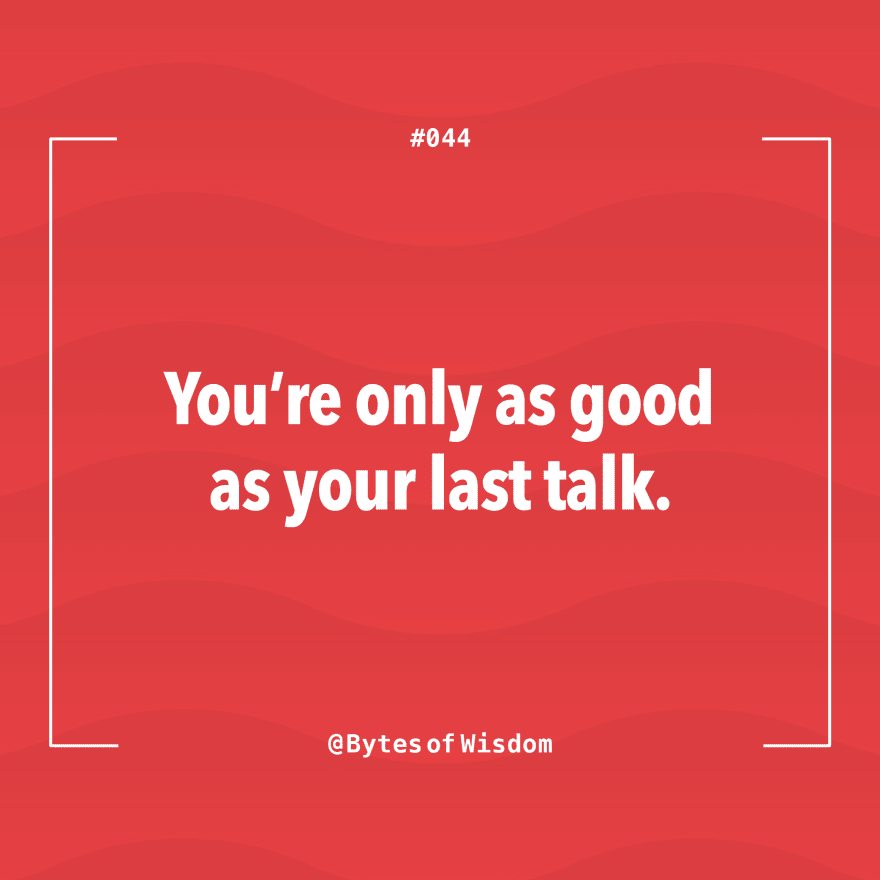 They say musicians are only as good as their last concert – the same is true for speakers. Taking every talk seriously like the world's conference organising committee is in the room is key to succeeding as a public speaker.

This takes work. I once got asked to speak at a new type of conference (which I'm was pretty excited about) and when I enquired how my name got in the hat, they referenced a previous conference talk.

Remembering back, I spent ages on that talk. I was thinking about it for about 6 months prior to writing it. I spent about 4 weekends at my desk writing the script and slides. I got a designer to do the slides and create custom imagery. I then practised the talk over and over. It would have been about 40-50 hours of work all up just for 30 minutes. When I got to the room, it was seemingly small, maybe 100 people at most. I was a little disappointed if I'm honest. Then after the talk, I realised there was a journalist in the room and a few other really important/influential people. Doors opened because I'd put the work in and done a good job. I haven't half-assed a talk since. I later presented that talk two more times and appeared on the conference organisers blog, which is notable in New Zealand.

Heads up: As with any terse bit of advice, there will be exceptions of course, and subtleties and nuance that can't possibly be captured in a Byte of Wisdom. This has been what I've experienced, I'd love to hear yours in the comments too!

You can catch up with all the other bytes at http://bytesofwisdom.com/

How 1.5 years of writing posts on dev.to made me a better developer ✍️↔️🧑‍💻🚀