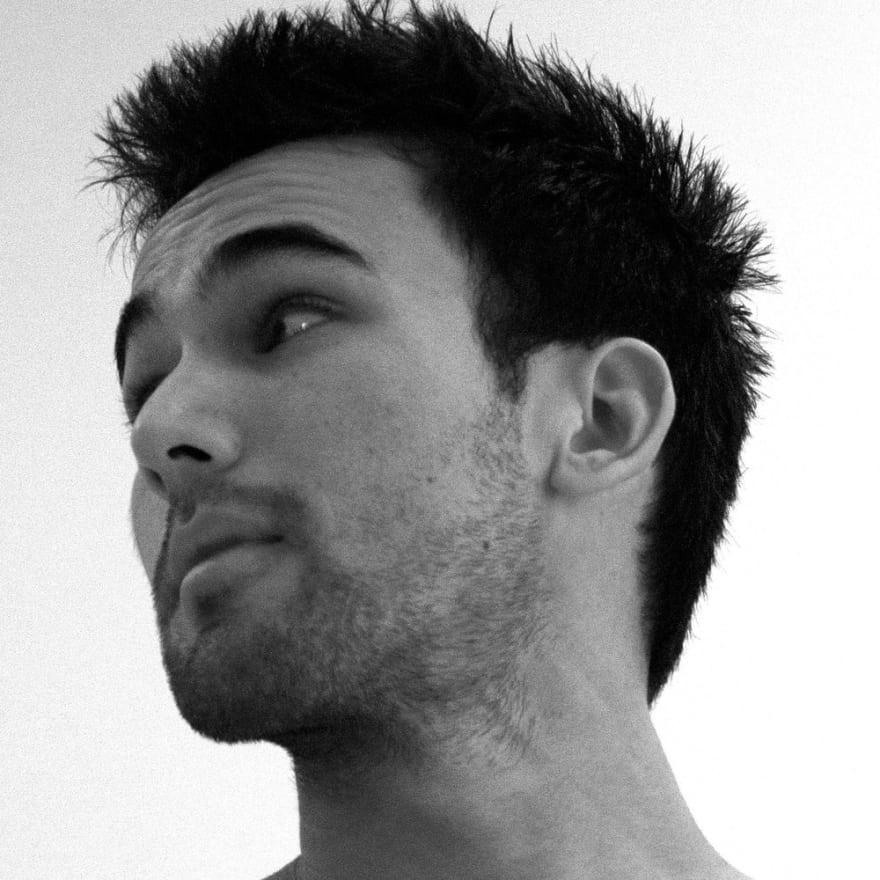 Hey, my name’s Andyy Hope and I’m an Australian iOS Engineer about to start work at Facebook. I’m also the organiser of Playgrounds Conference in Melbourne and the founder of the newly created charity initiative, Wu-Tang Clang.

In my spare time I like to write a technical blog where I like to give some tips on working with the Swift language and Apple frameworks, and every once in a while I give talks at meet ups or conference whenever given the chance.

In the late 90s, I was introduced to the internet and I was pretty much obsessed ever since. Not long after, I came across AngelFire web hosting which offered a free service for people who wanted to make their own personal websites, they offered great templates for beginners like myself and I took advantage of those.

One day I stumbled across a feature which allowed me to edit my webpage’s HTML, I remember being absolutely stunned when I first saw the code. Naturally, I tweaked with it and broke a lot of things but it made me want to learn HTML, so I came across a websiteHTMLGoodies.com which became my go-to place everyday and soon enough I learned some basic HTML for editing my webpage.

I guess everything I’ve done since, stems from that very time. I kept with programming websites through high school, making Pokemon and Dragonball Z fan pages. But in my late teens/early twenties I fell out of programming and started pursuing a career in the hospitality industry. It took me quite a few years to realise that wasn’t something I wanted to pursue and I eventually went back to focus on tech and programming.

What impact has organising Playgrounds Conference had on your career?

I’d say it’s done quite a lot. I remember back in December of 2015 at the Melbourne CocoaHeads meetup. No one at the time knew me, and I wanted to change that by becoming more involved with the local community. They were doing introductions for people in the room, I put my hand up and introduced myself and I mentioned to everyone that I wanted to be a bigger part of the community, but I had no idea I’d go on to create a conference for them one year later.

Playgrounds helped me meet a lot of new people and make a lot of new friends and in our industry, having a larger network is generally a positive thing for most people. A lot of my speakers were from companies in the San Francisco, so when I asked if they could refer me for an interview they were more than happy to help me out. Six months later, I’ve landed a job at Facebook.

Similarly, how was writing a lot of great content on Medium helped with your career?

Writing blogs on Medium is a great way to learn something yourself, as well as teach it to others. I’ve discovered when I write, I try to assume the reader knows almost nothing. Making this assumption forces me create a deep understanding of the concept so I may convey it in simpler terms for someone else. The more I write, the more I learn.

“If you can’t explain something simply, you don’t understand it well enough” - Albert Einstein

Having people send me a comment or a tweet thanking me for writing an article is also a really great feeling. It’s nice to see the work I’ve done help others, and that’s really a driving factor in helping me write more. I guess it’s similar to what you’re doing with your blog posts, right?

“If you’re teaching someone how to make a pizza, assume they have no idea what cheese is” - Me

I see you’ve recently been applying to new jobs, including some study around algorithms and CS. Why do you think that study is important? Did it help?

Definitely. I wouldn’t recommend anyone apply for a position in the US without having at least brushed up on their Computer Science (CS) knowledge. Interviews in the US are a very long and arduous process for which candidates will be tested on all sorts of things ranging from general CS knowledge to practical domain experience.

I recently decided that I wanted to relocate to San Francisco (SF) so I could be close to the action, and I didn’t want to risk failing and having to wait another 6 or 12 months to reapply. So I left my job, moved back to my home city of Perth and studied for six weeks straight. Every day I did multiple white boards, watch numerous algorithm videos on YouTube and bushed up a lot on my CS knowledge.

A lot of on-site interviews range from four to six hours, and you are questioned on almost everything you’ve ever learned. In my opinion, it’s best to be absolutely prepared and give it all you got so you don’t have to risk repeating the process at a later date, chances are you will forget a lot of stuff by the time you reapply and would have to spend a couple of weeks ramping up again.

Without a doubt, being a team lead. Throughout my career, I’d always been a solo dev or working with one other person. I’d never really worked in a large team, so there’s some gaps in my experience there.

At my last role, I was solo dev for about two years until we decided to hire two other people to work on the iOS project with me. As my role changed changed to team lead, I didn’t get to write as much code as I liked because I had to focus my attention to making the team more proficient by removing roadblocks, improving processes, product planning, managing people as well as bunch of other non-coding tasks.

It was difficult, and I can’t say I was amazing at it. But it’s definitely an eye opening experience and something that I want to get better at in the future. But in the mean time, I’m really excited to be working within a team.

I can’t say I have one piece because I feel like my interpretation of being successful is a compound of different things.

I’m a big fan of technical books, and I should be reading more than I have in the past 18 months.

If you want to find out more about Playgrounds, you can follow it on Twitter@PlaygroundsCon and view the website onPlaygroundsCon.com

How to change default branch in SonarQube Community Edition