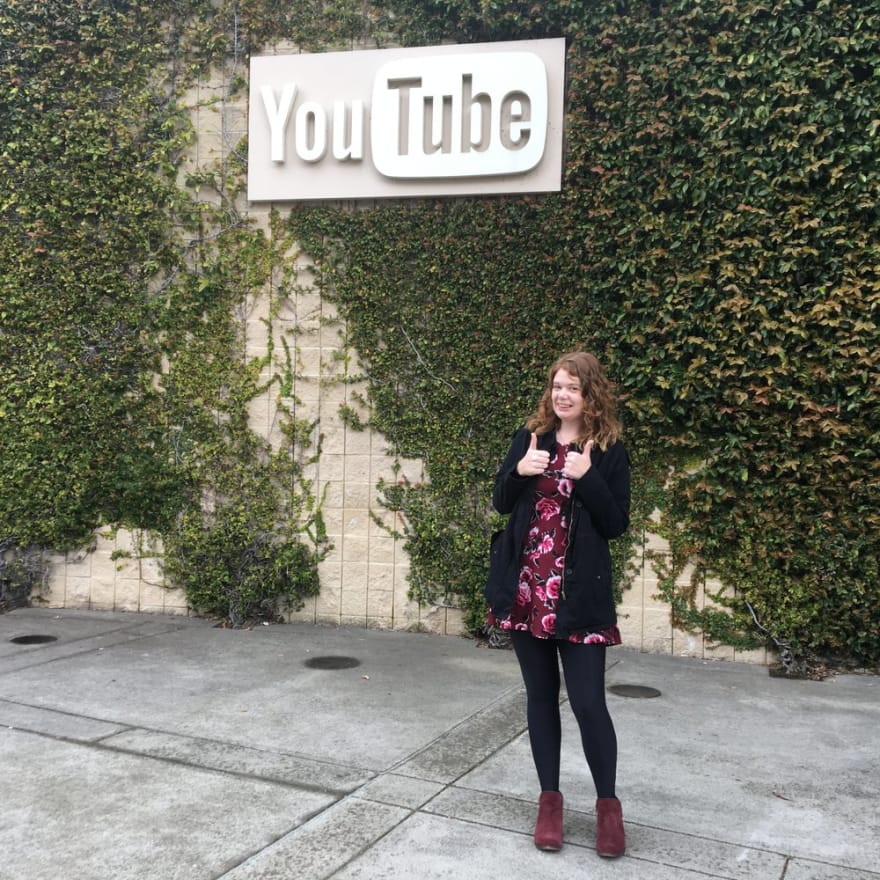 Hi! I’m Sami and I work at Atlassian — an Australian software company trying to unleash the potential in all teams. I like making things — memes, food, art, puzzles, games, craft — anything! Some things turn out better than others, but it’s all in trying something new. I’m about to become a dog mum and I am incredibly excited and expect that will consume my entire life.

I originally got into programming back in the MySpace days, when you could write HTML/CSS/JS for your profile page. You always needed to have the best styles and the most obnoxious music playing on it. After that, my home group teacher in high school actually suggested that I apply for the National Computer Science School (NCSS) in Sydney at the start of Year 12. I got in, so I spent the week in Sydney learning Python to make a website. That was probably the best motivator to continue doing programming at university and I still run into people I know from NCSS almost a decade later.

How was the transition from Australia to the Silicon Valley? Anything catch you by surprise?

The transition from Australia to Silicon Valley has been a pretty easy one I think. It’s actually a lot like my home city of Adelaide, but with more self driving cars and tech nerds everywhere. It’s definitely bizarre — everyone here has a startup idea or is working on some cool new tech, from the people in coffee shops to Uber drivers. I don’t think there’s been any one really big surprise, just lots of small ones. Things are just slightly different here — like shower/bath taps, the lack of ceiling lights, strange banking setups (I’ve legitimately had to write a cheque here), people not understanding some of the words us Aussies use, and that dogs are allowed almost everywhere (which is awesome!).

What is Google’s BOLD programme, and how has it helped your career?

Google’s BOLD programme has since been renamed to STEP, but it’s an internship program for people traditionally underrepresented in computer science to get the opportunity to be mentored by Googlers while working on a project with another intern. It really helped my career because before I did this internship I didn’t have any confidence in myself. Not only that, but I felt like no one at university respected me or my skills and abilities until I did that internship. It’s silly, but after I came back from it, it felt like people took me seriously and listened to me. It was validation that I can do things and that I could make a career in computer science. It also helped me build a network of other awesome people in tech that I’m still in touch with 5 years later.

Tell me a little bit about Lend A Skilled Hand - what is it? How are you involved?

Lend a Skilled Hand was the idea that a few of us came up with during Startup Weekend Adelaide in 2015. The idea was that we could match skilled volunteers up with volunteering opportunities where they could use those skills. I helped build the platform for matching volunteers with opportunities. We ended up sending a team of student dentists (with mentors, of course!) to Cambodia to provide free dental work to people who needed it! Unfortunately it’s no longer something we’re running as all five co-founders now live in different countries, but it was incredibly worthwhile both trying to build a startup and being able to help people in need.

I think the toughest lesson I’ve learnt so far working in software has been how to make tradeoffs while keeping the important things in mind. I for one am a stickler for quality and not screwing the customer. Sometimes the best solution isn’t the most optimal one, or the prettiest one, or the most elegant one. Sometimes you’ve got to do things incrementally rather than all at once. Sometimes you’ve just got to get a fix out. Striking a balance is hard and you usually can’t afford to get stuck in the weeds. It’s a cliché, but the big picture is important.

My number one piece of advice for a successful software career would be to know when to ask for help. It’s a really hard skill to develop, especially if you’re afraid of being judged for not knowing the answer to something. Sometimes it involves finding the right people to ask these questions of as well. There are no stupid questions, and it’s better to bite the bullet and maybe feel a little bit stupid for a couple of minutes than it is to feel stupid for a couple of days stuck on something. Sometimes it’s good just having reassurance, asking for a sanity check to make sure you aren’t missing something small.

What advice would you have for developers seeking a job at prestigious company like Atlassian or Google?

The advice I’d give for developers looking for a job at companies like Atlassian and Google would be to research the companies beforehand. Read about what they build and what they do and the working environments they have and make sure they’re a fit for you. Do you agree with their mission and their values? Of course, as always, brush up on your programming and problem solving skills, but there’s no point in joining a company you’re not going to be happy working at. You’re interviewing them as much as they’re interviewing you.

I’m not really the kind of person to read tech related books or resources outside of work — I really like to try and keep a clear divide between work and the rest of my life. There’s a ton of good content on leanpub which has helped me learn some of the tech stacks we use at work. I’ve also enjoyed Google’s SRE book which has some great information regardless of what programming you do, and blogs like Joel on Software, Dan Luu, and Steve Yegge.

My shoutout would be to go and give Unlocking the Clubhouse a read! I learnt so much from it and I think most people would benefit from reading it one way or another.

5 things to do when NOT writing code...

What are the most annoying things in the work of a developer?

Git Hack: Make commit with a past date