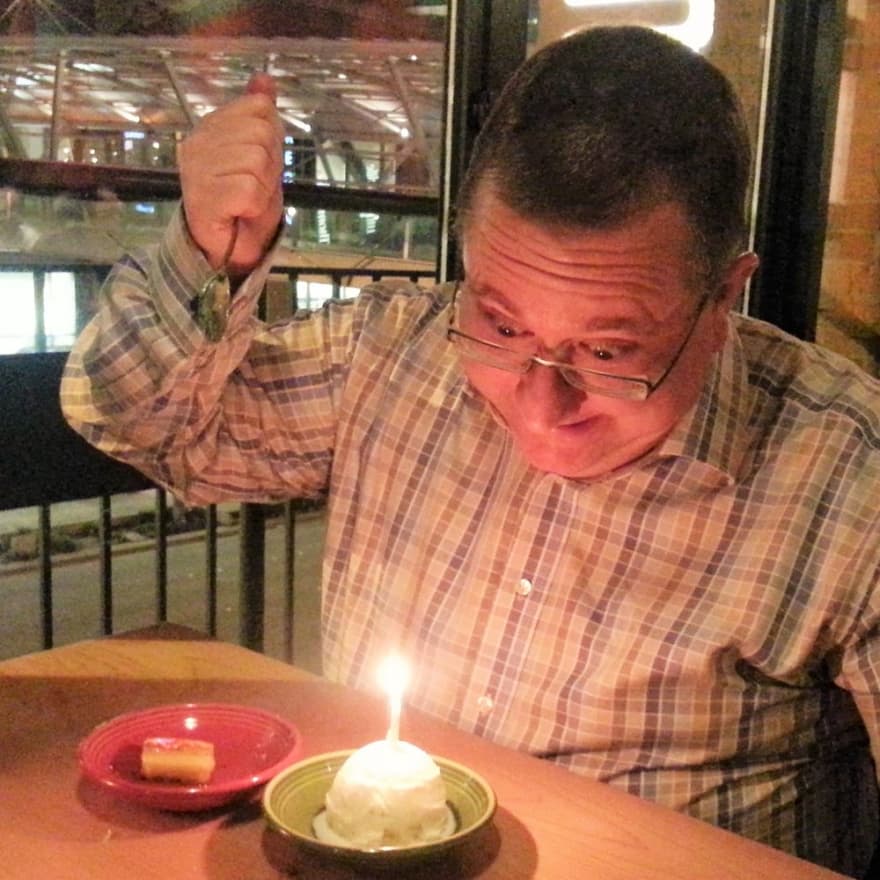 I’m Bevan Arps and you’ve probably met me if you’ve been to the Wellington .NET User Group anytime in the last few years. You might also have seen me at a local code camp or developer conference. Currently I work for Microsoft as a developer, creating parts of Azure Batch. Before that I worked for the Reserve Bank of New Zealand, developing software to help their economists make decisions.

Way back in the deep dark mists of time, I was a pre-teen dead keen on computer games. When I was ten, my parents purchased a home computer - the classic Sinclair ZX81. To my deep disappointment, they didn’t buy me any games. Instead, they purchased the Sinclair ZX81 Programming Lab, and encouraged me to learn to program. Like any fool who doesn’t understand how hard something really is, I decided to make my own games. By the time I knew enough to do that, I was hooked on the programming.

In a very real way, my parents have a great deal to answer for!

I notice you taught some night courses and enjoy teaching, how have those skills translated into your development career? Has anything particularly helped?

clear answer to a technical question that’s pitched at their level of understanding and need. For example, my parent’s don’t need to know the all the gory details of the Meltdown, Spectre or Heartbleed vulnerabilities - but since these things appear in the mainstream news media, they do have questions and concerns. As the family IT guy, I need to have useful answers that don’t leave their heads spinning.

Much of what I’ve done is essentially this exact scenario, but in larger contexts - passing on things that I’ve learned so that other people can get their jobs done or achieve their goals. This covers presentations I’ve done to my teams, to user groups as well as speaking at code camps and conferences.

I wouldn’t suggest that every developer needs to become a capital-T Teacher, but we all can learn to teach, and I believe it’s a critical skill for career success. Very often, we’re the subject matter experts in the room who understand the technology and how to use it to solve a business problem - but if we can’t explain things to the business stakeholders in terms they understand, we’re wasting our time.

Oddly enough, it wasn’t until someone pointed out to me that much of my career had involved teaching that I started thinking of myself as a teacher - I’d always thought of myself as a technologist.

I really enjoy your blogs and talks, how have these had an impact on your career?

Both the blogging and the presentations stem out of my impetus to teach, as I discussed above. I think they’ve helped my career in a few different ways as well.

Nothing solidifies your understanding of a topic like trying to explain it to someone else. All of the fuzzy details that you’d glossed over in your own head suddenly become very apparent and you have to dig into the fine print to find out what’s going on so you can explain it to others.

What common mistake do you see developers making?

Giving up on being a developer after five or seven years because they think they know it all and they’re getting bored.

I’ve seen a large number of developers - really talented ones - who worked hard, gained a high level of proficiency solving a particular kind of problem, got bored, and changed career path entirely.

Why does this happen? I’m not really sure. I’ve been programming in some form or another for over 35 years (yikes!); professionally (full time) since 1997, and I’m still learning new things, still being challenged to grow, and still having a great time solving interesting problems.

If I had to guess, I suspect these people get stuck in a rut, solving a particular kind of problem with the same techniques using the same tools and they think (rightly!) that they’d go insane if they spent the next 10 years doing more of the same. Where they go wrong is in thinking that a massive career switch is the only solution.

The core skills of being a developer are extremely transferrable - while the syntax, semantics and idioms of each technology stack vary, the differences are often less than you might think. Admittedly the transition is easier if you’ve established the habit of constantly learning new things, but anyone can do it.

There’s the well known cliche of a nerd as a socially inept boy who spends most of his time in the dark of his parents basement, preferring the company of machines to his peers. Well, my parents house doesn’t have a basement but much of that classic cliche did once apply.

What I’ve discovered, initially to my horror, is that the truly interesting projects are far too big, involving too much work, and requiring too many different kinds of expertise, for one person to successfully complete solo.This means that a successful career as a software developer necessarily involves working in a team of people with diverse skills and different responsibilities. This guarantees that you’ll be working with people who don’t think the way you do.

I’ve found it much harder to learn to work with the people around me than any of the technologies that I’ve had to pick up. Fortunately, it’s also much more rewarding.

This underlies a lot of the advice you’ll find - learn a new computer language every year, read a new book for professional development every month, and so on.

We work in an industry where things move at a tremendous pace - and in many ways, our job is to foist that change on other people as well. No one is going to pay you to develop software if it doesn’t have any impact on the business when released.

One temptation is to focus on the technical side of things, learning new languages, frameworks and techniques. Those are important,but don’t ignore the so-called soft skills (the ones that are actually hard to learn). There are a million things to learn that aren’t coding that will contribute to a successful career.

Many would consider me somewhat unbalanced - my hobbies include programming and blogging. These are the things that I do for fun.

So at the end of a busy work day writing code and solving problems, I head home and spend the evening writing more code and solving more problems. The biggest difference is that the development I do in my own time is done for the pleasure of it, not because there’s a looming release deadline. If I’m having fun with a project, I keep working on it - if not, I’ll find something else to do.

I’m an active relaxer, so I can’t relax by just sitting and enjoying a moment. Instead, I need to be doing something, preferably something creative.

There are so many possibilities, but let’s keep it to a top five of sorts …

Finally, make your shout out! What would you like the readers to go have a look at?

A bunch of us are organising Code Camp Wellington for April 14th - check out https://codecampwellington.nz/ for details and follow @codecampwelly on twitter. This will be our third Wellington Code Camp - the past two got some pretty good feedback.

I guess I’d be remiss if I didn’t mention my blog at http://nichesoftware.co.nz/ where I’ve been blogging for several years on a variety of topics.

Let's Look at Images While Talking About Other Images

Thanks for keeping DEV Community safe. Here is what you can do to flag samjarman: