I've used the following tech stack to build this bot and API:

This is what the visual of the bot looks like: 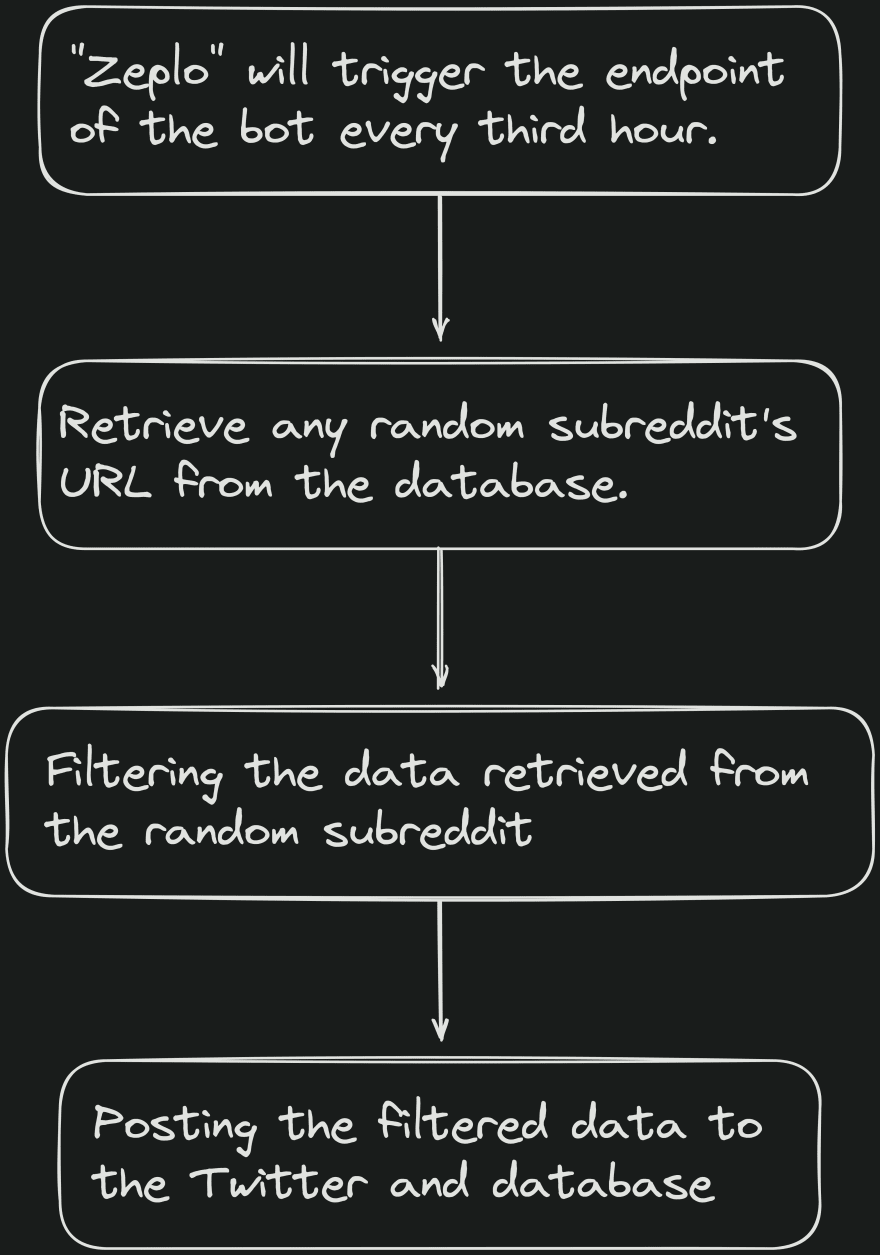 🧐Filtering the data retrieved from the random subreddit

🐤Posting the filtered data to Twitter and the database(MongoDB)

If you actually notice the refFile variable, I haven't added the correct path; which simply replaces the image URL into a temporary file (which doesn't even exist)🤭

Well, that's all. The bot is live now on Twitter🥳

This is what the visual of the API looks like:

📃You can checkout API docs from here.

The source code of this project is public and open-source under MIT License:

An automated bot that posts cat pictures from selected subreddits every third hour. Besides that, you can fetch the previously posted data through the API.

This is what the visual of the bot looks like: 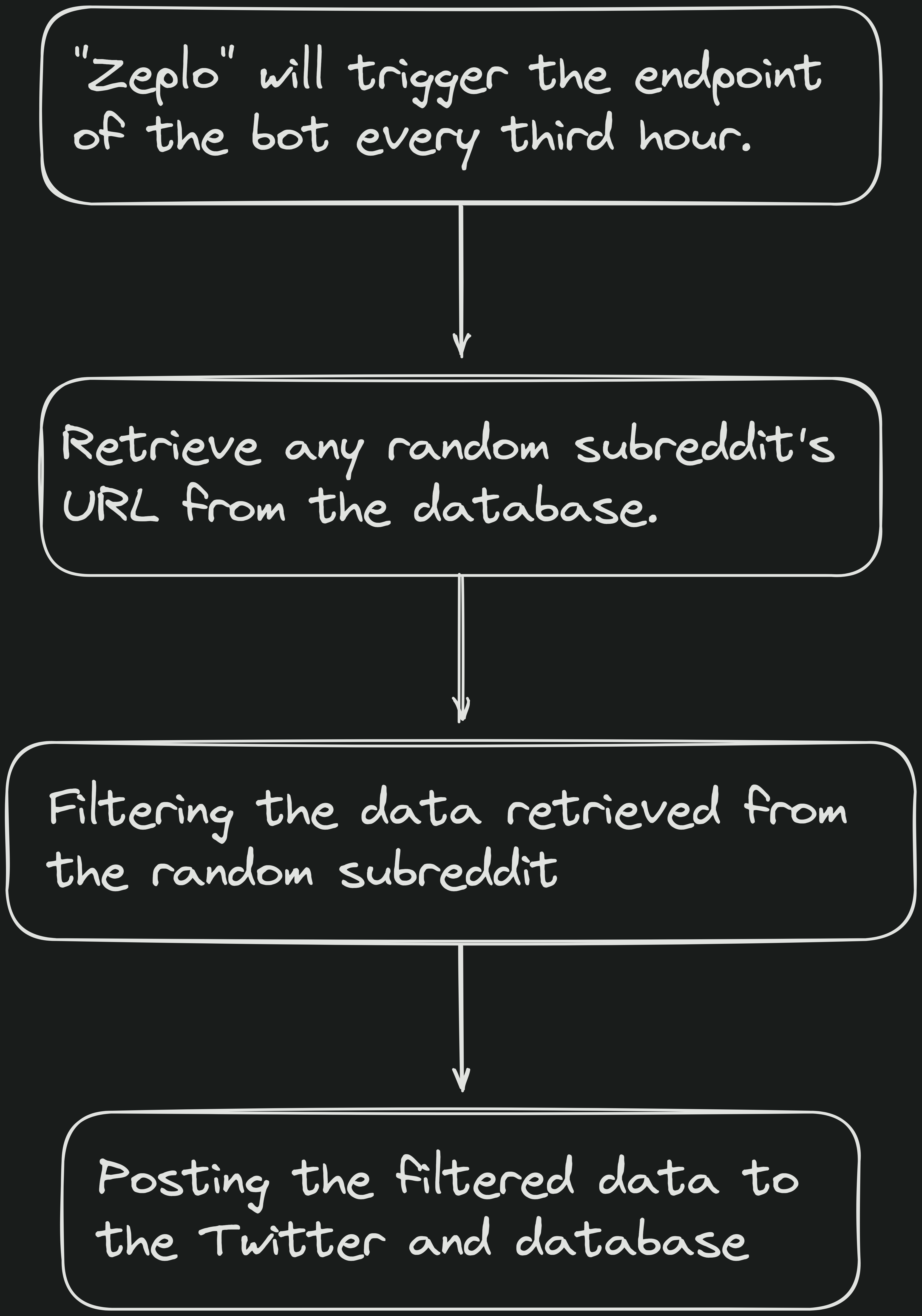 This is what the visual of the API looks like:

Saketh
Around Android Development!
What was your win this week?
#discuss #weeklyretro
Why I Decided to Invest in My Portfolio as a Junior Developer
#webdev #career #codenewbie #help
Always over estimate effort
#discuss #devrel #productivity

Once suspended, saketh will not be able to comment or publish posts until their suspension is removed.

Once unsuspended, saketh will be able to comment and publish posts again.

Once unpublished, all posts by saketh will become hidden and only accessible to themselves.

If saketh is not suspended, they can still re-publish their posts from their dashboard.

Once unpublished, this post will become invisible to the public and only accessible to Saketh.

Thanks for keeping DEV Community 👩‍💻👨‍💻 safe. Here is what you can do to flag saketh:

Unflagging saketh will restore default visibility to their posts.