Pointers is Go is one of the most complex concepts especially for beginners. In this blog, I have explained the Pointers in a very simple format through visualization and point-by-point explanation. Please read the full blog for complete understanding. To start with let me give you the definition of Pointers:

Pointer stores the memory address of the variable instead of the value of a variable.

This makes it different from other types of variables.

Go always follows Pass By Value and not Pass By Reference

Let's see How Pass By Value works in Go. 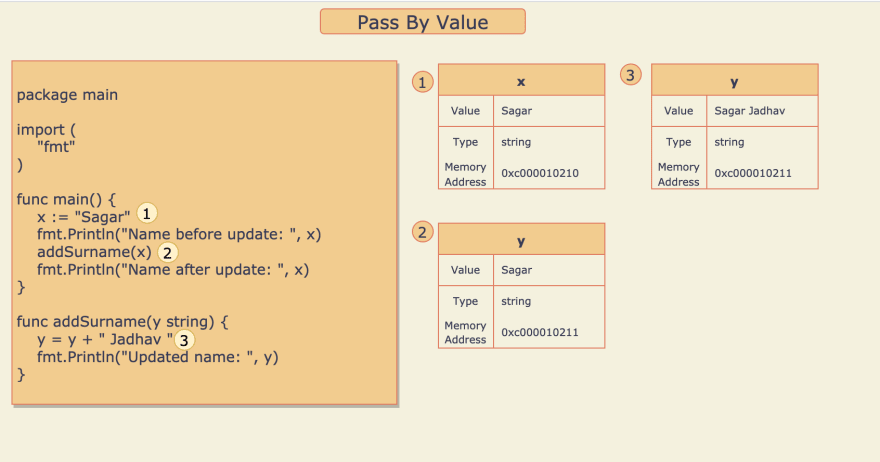 So updating the value of y doesn't update the value of x as both are different variables but storing the same value.

In the above example How to change the value of x by updating the value of y? Here Pointers come into the action. Yes, It is possible to update the value of one variable through other variables with the help of Pointers. Let me explain you through the below example: 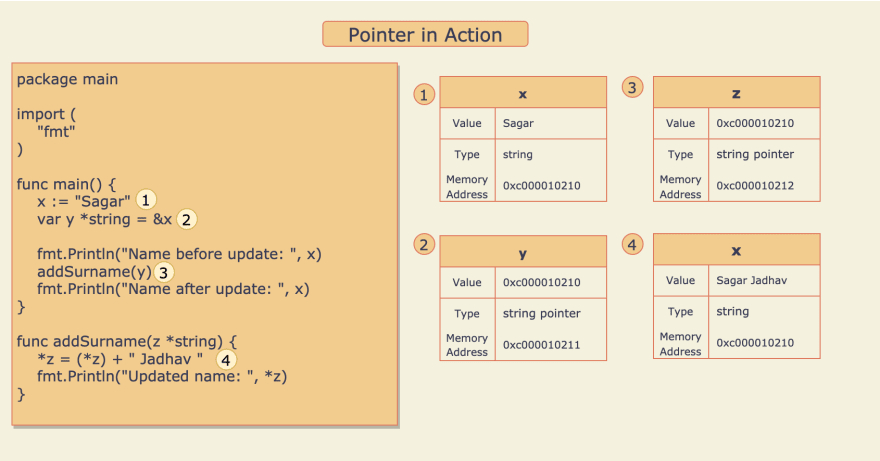 The use of Pointer with Structs is very common, Hence understanding this concept is a must. Let's get deep-dive through the below example: 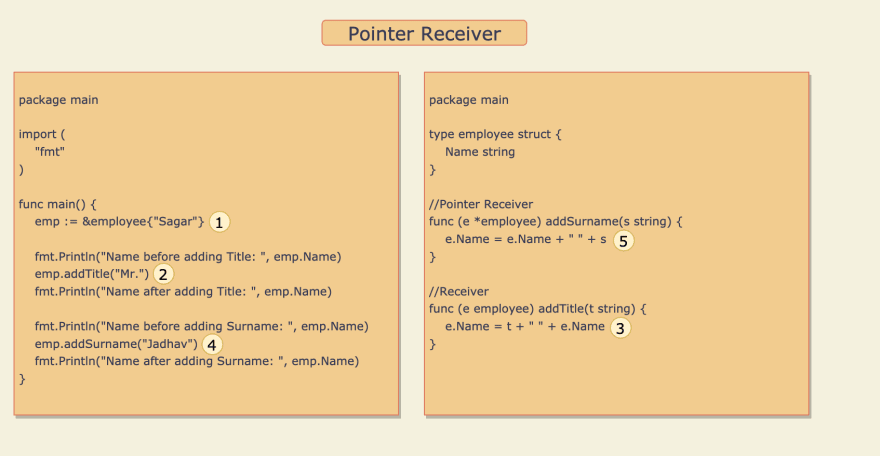 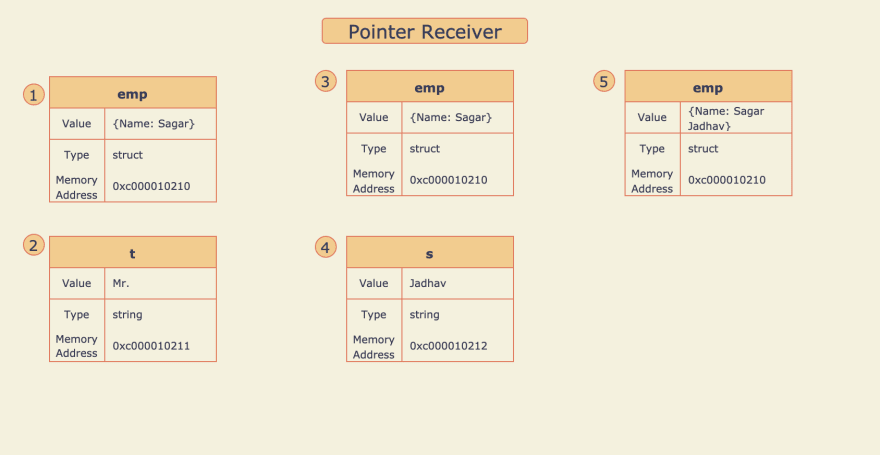