In 2019, I facilitated workshops for the Girl Guides of Canada to introduce young girls to computer science and algorithmic thinking in a fun and playful way. While there are many resources online for beginner coders (Scratch, code.org, Codewars, among others), I've written below two offline tutorials that anyone can use to spark a kids interest and give them the confidence they need to pursue a career in technology if that's what they enjoy.

Learning objectives: This activity is an introduction to cryptography where participants decrypt a secret message using Caesar Cipher.

Materials: A secret message that has been encrypted and an encryption dictionary

Note: This activity is split into two, both of which are of the same nature but activity B is slightly more difficult than activity A

The secret message is written as follows:

which would be translated to:

Messages can be of any length and can be full phrases to increase complexity level.

You can ask the kids to create some secret messages of their own. Some examples of words they could encrypt are:

Here, participants will use a slightly more complex form of encryption called Caesar cipher. Caesar cipher is one of the oldest and most well known ciphers, named after Julius Caesar. The letters are swapped around so that nobody can understand your message except those who you intended to read
the message.

Participants will choose a number between 1 and 25 that will serve as a key and each letter in the alphabet is shifted by that key. For example, if a group chooses the key 3, then their entire alphabet will become:

Use the image below for participants to fill in the new alphabet based on the key.

Then, give students a secret message and a key. A secret message can be anything such as "Encanto" or "I love donuts". I created the handout below for participants. 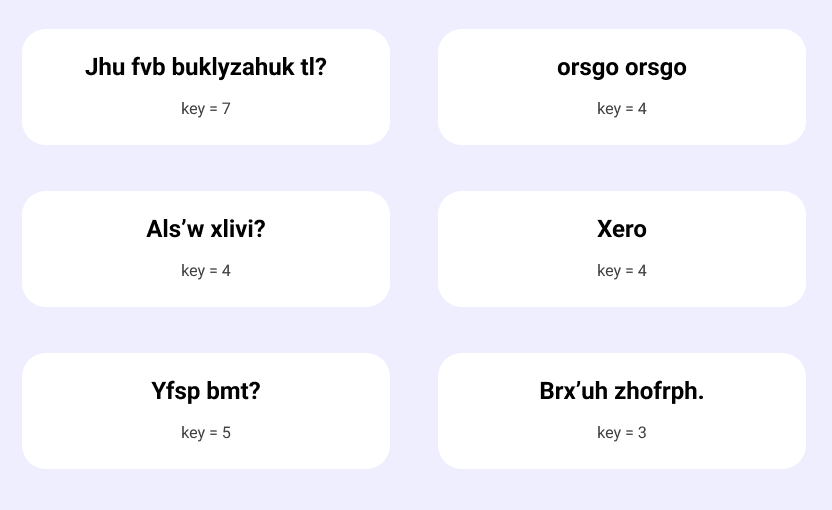 Once everyone has attempted the handout, you can take them up. The solutions are written below. 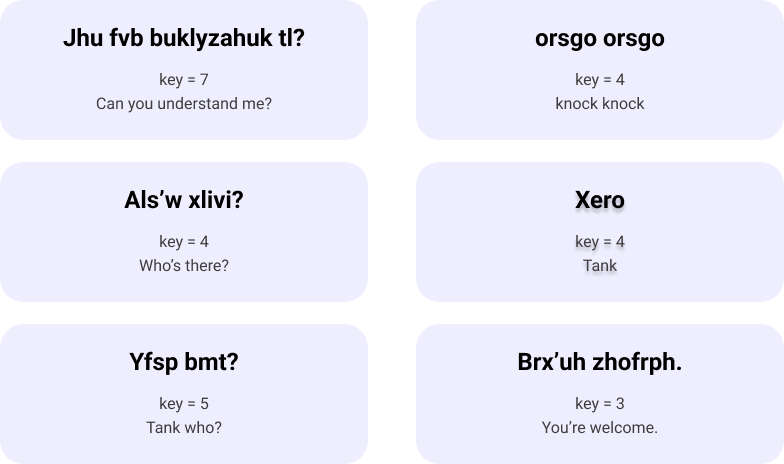 After the activity, you can debrief with the kids by asking the following questions:

If you do not have Python downloaded, first download Python at python.org, then download the IDE Pycharm.

This introduces participants to programming on a computer using the programming language Python. If Python and Pycharm are already downloaded onto the computer, then no internet access is needed for the rest of the activity. In this exercise, we will use turtle.py which is a great introduction to programming where users get to see what they are doing. Visual programming allows first time users to enjoy programming by trial and error. Encourage participants to try and see what happens when using various instructions and to play around.

If you use PyCharm as your IDE, choose “Create New Project”

At the bottom of the page, click on Python Console.

All code will be written next to the three arrows '>>>' which can also be referred to as the Python Shell.

First, we import the turtle.py package, then assign an instance of turtle to any variable name (I named my turtle ben) and then we gave it a pen to draw. We then gave ben a turtle shape.

Next, participants can draw anything with a few commands. For example if they wanted to draw a square, the participant would write:

The values inside two brackets is called a parameter.

Participants can get really creative in what they code and create complex designs.

If participants want to step it up a level, they can make a spiral:

After participants are done, you can exit the program by clicking File and then Exit. You can talk to participants about how Python interprets instructions literally. In the tutorial we saw how instructions needed to be procedural and logical. For instance, when we drew a square we needed to turn left before going forward. You can ask the participants questions such as:

Safa Al-Siaudi
Appwrite Autodesk OAuth Integration
#oauth #autodesk #tutorial
How long is too long to stay at a company?
#anonymous #discuss #career
Which headless CMS would you recommend for a blog site?
#discuss #help #beginners #webdev

Once suspended, safaal28 will not be able to comment or publish posts until their suspension is removed.

Once unsuspended, safaal28 will be able to comment and publish posts again.

Once unpublished, all posts by safaal28 will become hidden and only accessible to themselves.

If safaal28 is not suspended, they can still re-publish their posts from their dashboard.