There are different reasons developers write tests. Some of them are:

There are also reasons developers don't write tests like:

This is the story about my first unit test written to save time.

I was working on a simple Android app. The app consisted of two screens, a list of items and a details screen for creating/updating/deleting items. There was also a register/login screen that are irrelevant for this story. The app worked with a remote database (on parse.com) using the REST API. You can create an account in the app and you can CRUD some items via the API. There was a requirement for the app to work offline and sync changes with the server when it connected to the Internet.

After I completed the database synchronization code I run the app on the emulator to test if it worked.

Of course my code didn't work the first time, it had a few bugs and I had to update my code. After a few cycles of changing two lines of code then test for 15 min I got tired. It was taking too long for me to see the effects from changing a few lines of code. There must be a better way. This boring, repetitive process was something a computer could do better. 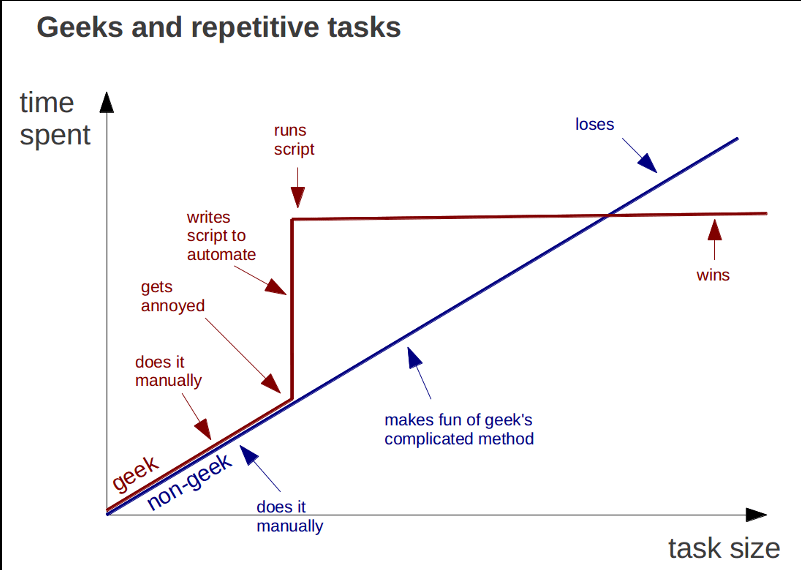 Fortunately Android Studio version 1.1 (and the corresponding android gradle plugin) added support for unit testing. I extracted the synchronization logic from the IntentService into a Java class responsible for comparing two lists and determining what should I update. Then I wrote some unit tests for my synchronization logic. My only Android dependency in the synchronization code was TextUtils.isEmpty(). As a quick workaround I decided to copy/paste the implementation into my synchronization class. The unit tests run with JVM so no emulator. I run the tests and I got instant feedback, what had taken me 10 to 15 minutes manually was now automated down to just a few seconds. After fixing a few bugs in both the code and the tests (yeah I also wrote bugs in the tests) my app worked as expected.

Writing unit tests for my synchronization logic was simple because the class had no collaborators, didn't touch the UI and had no Android dependencies[1]. Usually writing unit tests is harder, you need to design your code to be testable and it takes time to see the benefits. This low effort - high reward test made me start testing more.

What is cURL and why is it important in API testing?🤖