Hello! I am learning Yew for writing SPA's in Rust! I found some of the concepts difficult to understand at first and decided to take notes (simplifying the concepts for my stupid brain)..

I am planning on making this a series with the following.

Without further ado, lets get into part 1!

Are semi-arbitrary Rust structures that~

Components can contain many child components, but logically speaking have only one parent. 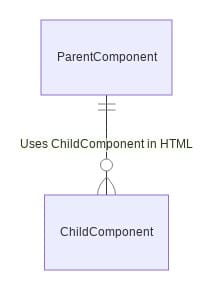 Data relationships between parent and child are as follows:

With the above said, as an example if you have many child components that need to manage a common state, that state should be stored in a parent element.

The struct created to define your component tends to have a couple of important and common parameters. For example~

A components are implemented suprisingly enough by impl yew::Component for YOUR_COMPONENT {} required methods and types to implement are as follows:

A components life begins when it its create() method is called. This typically happens in an html!() macro.

TODO: I feel I should give an example of this

Next its view() method is called and the component is rendered as HTML.

A component will be re-rendered on the following conditions.

A component will be destroyed when simply enough, its destroy() method is called.

I will revisit this for to update any errors or missing information, but for now I feel I have summed up yew components to my satisfaction. If anyone has any questions or notices any mistakes please let me know in the comments!

Plugin based architecture in Rust

Getting started with Metaplex (A Solana NFT Journey PT. 1)