Linux is a family of open-source Unix-like operating systems based on the Linux kernel developed by Linus Torvalds. It’s essential for a software developer to at least have an idea of how Linux works and how to use it. In this article, you’ll find some insights into the Linux kernel. 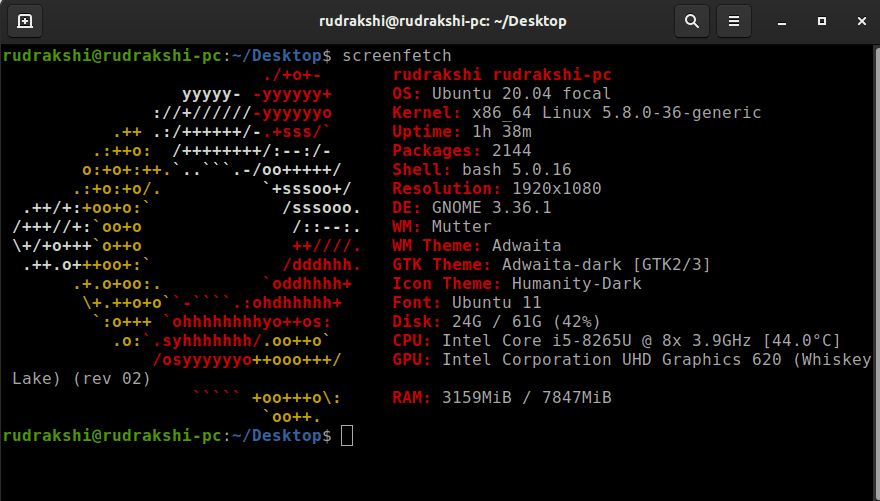 1. pwd
The pwd command to print the working directory.

3. cd
You can change to a different directory using the cd command (short for change directory).

4. rm
It is used to remove objects such as computer files, directories, and symbolic links from file systems.

5. cat
It reads files sequentially, writing them to standard output. 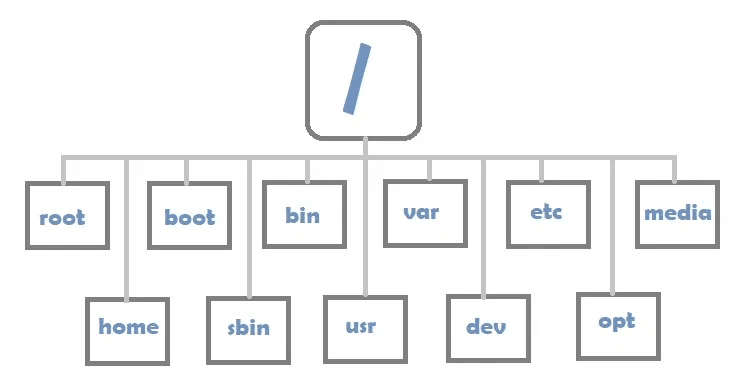 PATH is an environmental variable in Linux and other Unix-like operating systems that tells the shell which directories to search for executable files (i.e., ready-to-run programs) in response to commands issued by a user.

There are two basic types of paths:

1. Absolute path
It is also known as full path. It is the location of a filesystem object relative to the root directory.

2. Relative Path
Relative paths are relative to the present working directory. A list of special relative paths is listed in the table below.

Linux commands can be tuned to our requirements by providing flags along with the command when calling them. These are usually a hyphen (-) followed by an alphabet eg: -a, -B etc or double-hyphen (--) followed by text eg: --all, --color

Flags are a way to set options and pass in arguments to the commands you run. Commands you run will change their behavior based on what flags are set.

But, how will we find a flag for our purpose?

Commands come with a "Manual" as well. We can access it using the man command followed by the name of the command we need to see the manual of. For ls, we do man ls and you will get this-. 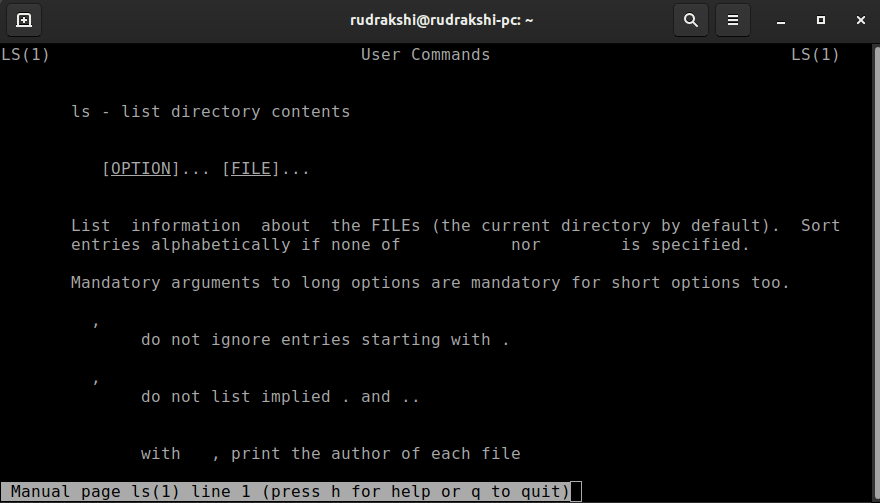 A Linux file system is a structured collection of files on a disk drive or a partition. A partition is a segment of memory and contains some specific data. In our machine, there can be various partitions of the memory. Generally, every partition contains a file system.

The Linux filesystem security model helps to ensure that users only have access to their own files and not those of others or the operating system itself.

The final building block is the software required to implement all of these functions. Linux uses a two-part software implementation as a way to improve both system and programmer efficiency.

Check this link for more information.

In Linux and many other operating systems, directories can be structured in a tree-like hierarchy. The Linux directory structure is well defined and documented in the Linux Filesystem Hierarchy Standard (FHS). Referencing those directories when accessing them is accomplished by using the sequentially deeper directory names connected by forward slashes (/) such as /var/log and /var/spool/mail. These are called paths.

When we used ls -l in the terminal, it shows the file permissions. 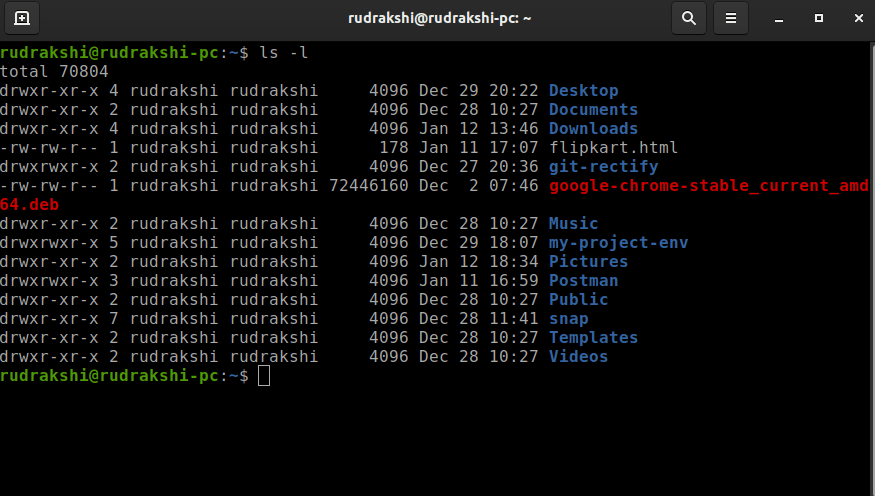 Let's understand it with a sample output of ls -lh which is given below.

Every file and directory on your Unix/Linux system is assigned 3 types of owners, given below.

Linux divides the file permissions into read, write and execute denoted by r,w, and x. 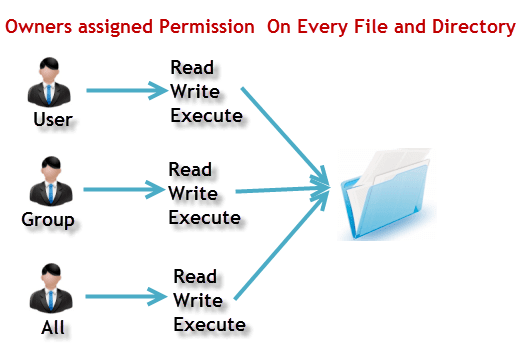 Refer to this link for more information.

Thanks for reading, I hope you liked this article. If you find it beneficial then don’t forget to like and share among your peers :).

Why and How Git ?

What are REST APIs?

Once suspended, rudrakshi99 will not be able to comment or publish posts until their suspension is removed.

Once unsuspended, rudrakshi99 will be able to comment and publish posts again.

Once unpublished, all posts by rudrakshi99 will become hidden and only accessible to themselves.

If rudrakshi99 is not suspended, they can still re-publish their posts from their dashboard.

Once unpublished, this post will become invisible to the public and only accessible to Rudrakshi.

Thanks for keeping DEV Community safe. Here is what you can do to flag rudrakshi99:

Unflagging rudrakshi99 will restore default visibility to their posts.