I started my career having finished a double Bachelor’s degree in Software Engineering and Commerce, thinking I could just get a finance job, and automate the boring parts with my Python skills.

Roughly a year of job hunting later (including one call back, in which the recruiter asked me why I didn’t also have a background in accounting), I realised I should probably rewrite my resume to be more Software Engineering focused.

Eventually a friend from university suggested I pitch his hedge fund a dashboard built in D3.js - this cool new technology (at the time) that made their Excel dashboards look ancient. 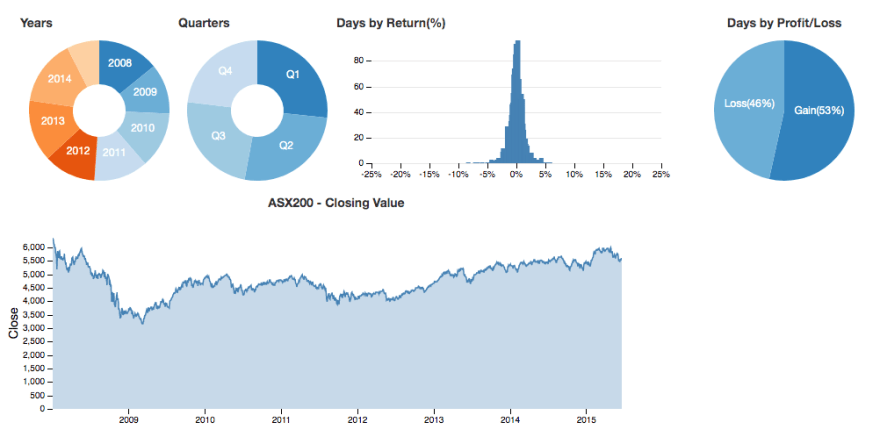 So I started learning JavaScript

I spent a week learning just enough JavaScript to make a convincing dashboard of all stocks trading on the ASX 200, with data fetching from Yahoo Finance. I didn’t get the gig, but I ended up getting the attention of the agency that worked for the hedge fund.

I ended up working for the agency, building data pipelines, learning more Python, building sites in Django and (some) JavaScript. After about a year, I started longing for more work directly with clients, so I started interviewing with the Big Four (EY, PwC, Deloitte, KPMG), and found myself with an offer for a role at Ernst and Young (EY).

So I became a consultant

The consulting job didn’t quite turn out as planned.

You had to wear a suit, most clients already hated you before meeting you (presumably due to the cost of hiring the firm). To top it off, it felt strange being told to perform manual tasks in ancient drag-and-drop software after having spent a year writing Python to automate that sort of work.

I started hatching a plan to escape after three months. I wanted to go back to being a software engineer, but jobs in Python were rare in Sydney.

So I started learning React

I had written enough JavaScript to know React was probably going to be a big deal, so I hit the tutorials.

I found the official documentation at the time to be quite dense, it almost felt like you needed to already know React to be able to finish the tutorial.

A couple of tutorials really stood out, (and are amazingly still online):

After the tutorials, I started building IndieHacker style side projects in React and GraphQL while job hunting for a React job.

It took about four months to find a job, but what I found almost doubled my salary.

So I became an IndieHacker

I never really stopped building side projects while employed, mainly out of imposter syndrome, as I felt I really needed to catch up to my colleagues to be a useful member of the team.

I personally wouldn’t recommend it, unless you’re really good at managing burn-out.

Over the years, I’ve built:

After a few years of being a React developer I finally got a job at Atlassian, as a frontend developer on the Growth team.

I still think React (or something like it) is going to be the next big thing. The numbers tend to agree with me, React was #1 for hiring on Hacker News in both 2018 and 2019.

It has greatly improved my quality of life and my job prospects, so I want to help others do what I did.

I plan on writing and releasing lessons to help people to:

Thoughts for a Major React Refactor

Max Rozen
Frontend Dev at Atlassian. Writes about React & building a SaaS while employed. Building PerfBeacon.com.
Building a SaaS in one week: How I built OnlineOrNot
#saas #react #nextjs
Indiehacking: a review of my 3rd year
#career #startup
Keeping up with React Libraries
#react #webdev
Forem Open with the Forem app