I need to exclude specific posts from displaying in production in my blog build with Gatsby and mark them as drafts during development. I will describe how to achieve this goal (manually or via an open sourced plugin) so you can do this too in less than 5 minutes.

This post is a part of «10 Better with Gatsby» series where I share my personal experience on tuning and tweaking Gatsby. I will post more good stuff about tuning Gatsby. Check it out! 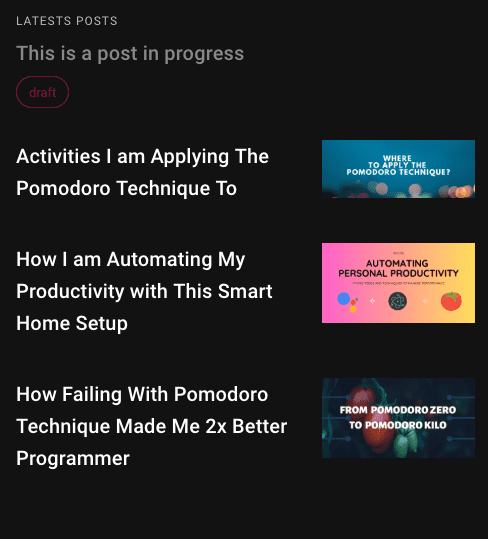 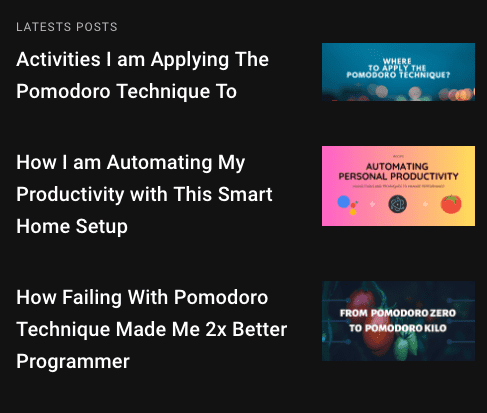 I found a plugin but could not achieve everything I needed. Mine open sourced solution can be found here:

It allows you to add release functionality via config and skip part of this article. Also there are additional options you can use. Visit plugins README to learn more.

We will add a field called released based on:

Also we will add a field called releasedNotForced. Similar to released but with process.env.NODE_ENV been ignored.

This step is abstracted into gatsby-plugin-released.

We should exclude drafts from building and displaying.

To have a nice visual distinction and feel good about it. :)

The goal of this step is to add fields to node.frontmatter.fields to use via GraphQL. Gatsby offers a special API for this. What we need is to modify gatsby-node.js file.

We will add two fields:

Just in case you are wondering.

The way to preserve this is to always set the released field in a markdown file. But it was so nice to have this value be calculated automatically based on date.

That is why I've added a releasedNotForced property — to preserve that value while forcing released to be true.

Remember, if you don't want to mess with your config just use this plugin.

Here is a function we use to calculate releasedNotForced value.

Then let's add released and releasedNotForced fields to node.frontmatter.fields. What we need is to use the onCreateNode function.

We need to exclude drafts from a build step in file gatsby-node.js and respect the released value from blog pages such as index.js.

In both cases the query will look something like this. Pay attention to a filter property.

This step is totally up to yours component tree. The key point is to request necessary fields via GraphQL query.

So we have a single GraphQL query for production and development, released field is calculated automatically and draft posts can be rendered differently. Cool!

And be warned! There are drafts in my «10x better Gatsby» series! :) So go check it out to stay tuned!

Connecting concepts in a meaningful way. Looking for truth that will be surprising today and obvious tomorrow.

Svelte for Sites, React for Apps