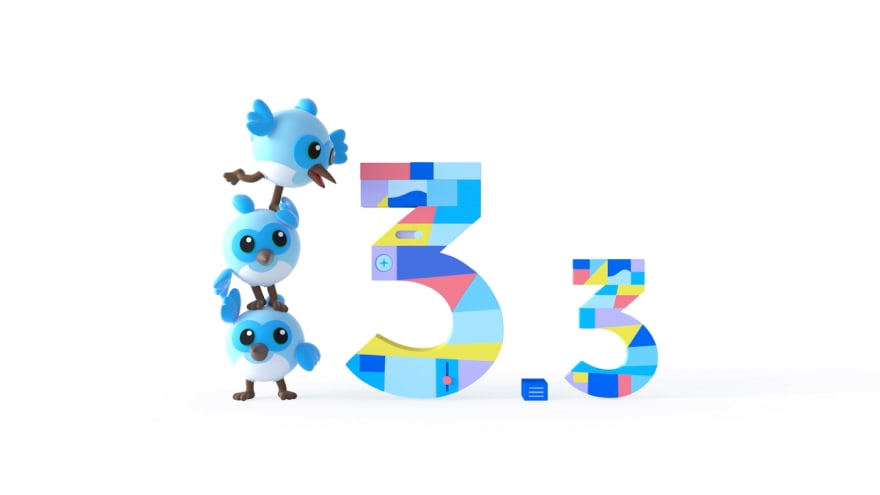 Super Excited to share that it's here, Flutter 3.3 Other than 5500+ Merged Pull Requests, this release brings super performance updates to Flutter Web, Desktop includes text and performance related to being specific and a lot more. Super cool ones are listed below.

We knew it, More Material You Support

The impeller is a new rendering runtime for Flutter. It is our solution to Flutter's early-onset jank issue. Impeller precompiled a smaller, simpler set of shaders at Engine build time so that they will not be compiled while an app is running.

Overall, Impeller has the following objectives:

Predictable Performance: All shader compilation and reflection are performed offline at build time. All pipeline state objects are built upfront. Caching is explicit and under the control of the engine.
Instrumentally: All graphics resources (textures, buffers, pipeline state objects, etc..) are tagged and labeled. Animations can be captured and persisted to disk without affecting per-frame rendering performance.
Portable: Not tied to a specific client rendering API. Shaders are authored once and converted to backend-specific formats as necessary.
Uses Modern Graphics APIs Effectively: Makes heavy use of (but doesn’t depend on) features available in Modern APIs like Metal and Vulkan.
Makes Effective Use of Concurrency: Can distribute single-frame workloads across multiple threads if necessary.

The impeller is currently available for preview on iOS on the master channel;

Text Selection was not as it should be in flutter web but now with the SelectionArea widget, this is very easy. Wrap any widget with SelectionArea and that's it. It will show you the selection cursor on the web and the text will be easily selected. Example

Previously when working with the trackpad and dragging together, sometimes it was not performing as expected but now it will also work smoothly as now flutter will deliver the scrolling gestures that are only recognized by scroll view whereas previously it was a general event.

With more Pencil devices Flutter is extending support for Scribble handwriting inputs and more sprinklers on top of this, it is enabled by default in Text and Editable Fields.

Support for Auto-Updating whenever we push the application, so users can have the latest features, we need to make a couple of tweaks in pubspec.YAML file and build arguments and that's it, Sharing windows applications will be a piece of cake.

Go Router package makes it easy to navigate and handle deep links. All our Web Issues of Back Buttons and redirects will be resolved, this package is maintained by the Flutter team so relying on it is a good idea. Example

Now we can add multiple Packages together separated by a comma in Dart: Add Dependency.

The PrimaryScrollController API has been updated to no longer automatically attach to vertical ScrollViews on desktop platforms.

Handling errors is super easy now, manually doing it or using custom zones, because it slows down application start-up. Example

Without Devtools there is no Flutter Upgrade, DevTools has many updates under the hood

Let me know if you have any questions or queries. I’ll be happy to help you. Like Share, and Follow, if you love what you read. King Technologies

Spoilt for choice, Javascript and all its options?

Rohit Jain
Building Web & Mobile Projects and gain a lot of expertise in them. Graphic design is my passion. Like to work in Teams but never hesitate to work alone.
How to Write Stunning Github README.md [Template Provided]
#github #markdown #tutorial #githunt

Once suspended, rohit19060 will not be able to comment or publish posts until their suspension is removed.

Once unsuspended, rohit19060 will be able to comment and publish posts again.

Once unpublished, all posts by rohit19060 will become hidden and only accessible to themselves.

If rohit19060 is not suspended, they can still re-publish their posts from their dashboard.

Once unpublished, this post will become invisible to the public and only accessible to Rohit Jain.

Thanks for keeping DEV Community 👩‍💻👨‍💻 safe. Here is what you can do to flag rohit19060:

Unflagging rohit19060 will restore default visibility to their posts.