kubectl is a command-line utility used by administrators to control Kubernetes clusters. Behind the scenes, it transforms the command line entries into API calls.

Kubectl can be thought of as a command-line tool for administering the internal state of an existing cluster. But one thing to note is that kubectl can't create new clusters or change existing ones. For this, you use the gcloud command-line utility.

You need to have your cluster configured with some tool. We would be using gcloud as I mentioned earlier

Firstly, create a GKE cluster by running the following command

This command creates a cluster using the gcloud utility, and names the cluster my-cluster. It also generates a kubeconfig entry generated for my-cluster.

After the cluster is configured and created, the next step is to connect kubectl to the Kubernetes engine cluster and authorize kubectl on the cluster.

kubectl requires credentials before it can be used at all, so it must be configured on the cluster with the proper credentials.

When you access a cluster using kubectl, GKE uses the kubeconfig.json file generated on the cluster for authentication. The file contains user information, based on which GKE determines which Kubernetes resources can be accessed by kubectl. The permissions recorded in a kubeconfig.json file vary from user to user.

Generate a kubeconfig entry by running the following command:

This command writes the configuration info into a config file and is placed in the .kube dir in the home dir.

Kubectl is no ready for use on your cluster. kubectl is installed on google cloud shell out of the box.

You can also install kubectl on your local machine, learn more about it here. This article focuses on utilizing the cloud shell to use kubectl with GKE.

The could shell can be accessed from the top right in the cloud console, open it. 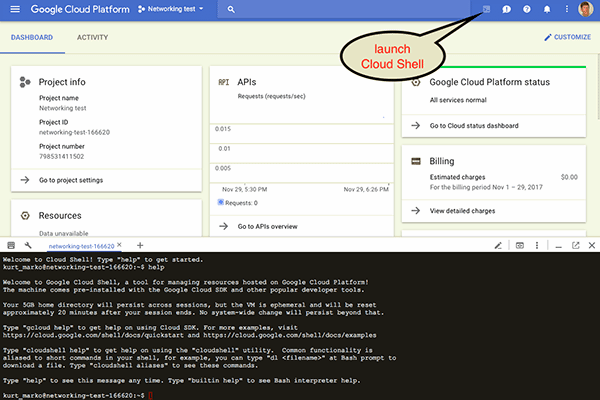 Sending instructions to kubectl follows a declarative approach where you simply tell it the type of command you want to perform and where to perform that task on followed by some optional flags to enhance some commands.

The kubectl syntax typically follows a form of

To illustrate this, let's see an example

which will make a call to the Kubernetes API to with get as the command, my-pod is the name of the pod I want to get, my-pod is a pod and output the configuration of a pod named my-pod in YAML format.

Thank you for reading, I'm Azeez Lukman and here's a developer's journey building something awesome every day. Please let's meet on Twitter, LinkedIn and GitHub and anywhere else @robogeeek95

Jina - Cloud-Native Neural Search Framework for Any Kind of Data