Take me to the fix

Where I encountered the bug- 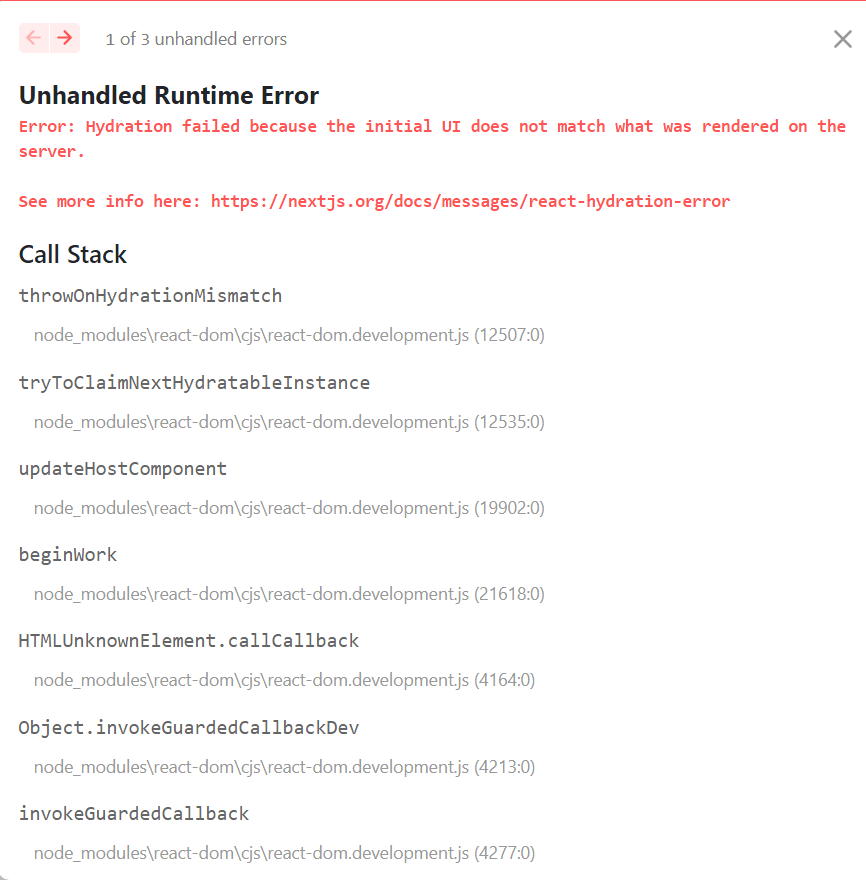 This error notice provides no information that could lead us to problematic code, but the console does. 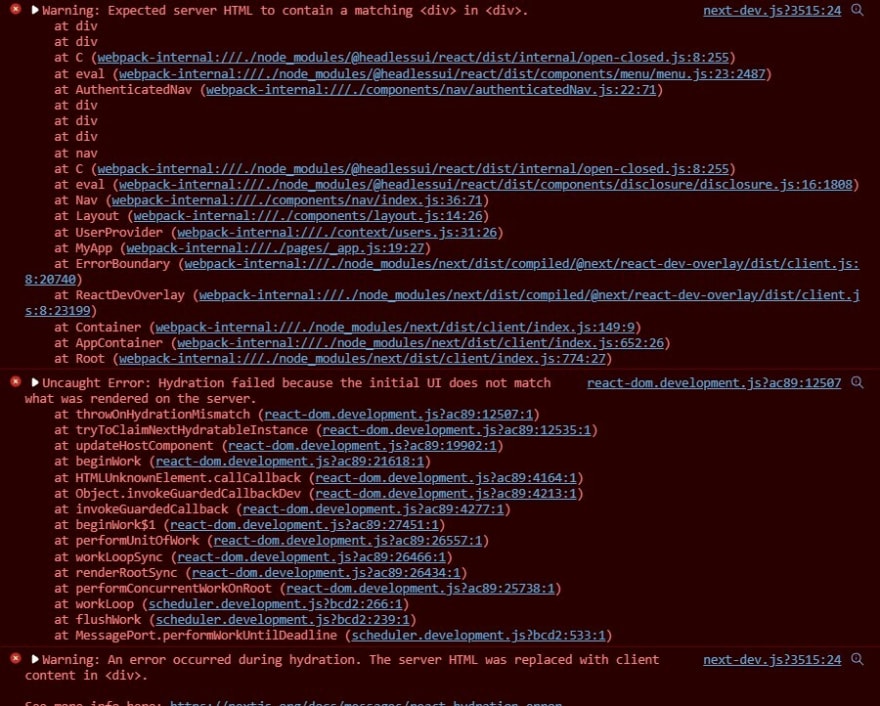 What is causing this error?

yes I kinda get it but still why

All I want to do is this-

let us understand what is "hydration" and why is it used-

Server-side rendering (SSR) is used by frameworks such as nextjs to increase performance (LCP & FCP) and user experience (SEO) it renders the app on the server first, duh! It returns a fully-formed HTML document to the user but apps are "dynamic" and not everything can be accomplished by HTML & CSS so We tell React to attach event handlers to the HTML to make the app interactive.
This process of rendering our components and attaching event handlers is known as “hydration”. It is like watering the "dry" HTML with the "water" of interactivity(JS). After hydration, our application becomes interactive or "dynamic".
hydration and rehydration are often used interchangeably but during rehydration, the client-side JS includes the same React code used to generate it at compile time.
It runs on the user's device and builds up a picture of what the world should look like. It then compares it to the HTML built into the document. This is a process known as rehydration

so in our case, we cannot possibly know the user state on the server and user state will return undefined until it is mounted on the client

So how to fix this -

essentially we have two ways to Fix this

Wrapping in a component

🙏Thank you for reading I hope you found this informative; if you have any criticism, suggestions, or corrections, please leave them in the comments section.

Exploring Yew, the rust-based frontend framework as a Vue Developer

Create a blog with NextJS

Rushab jain
sometimes i do everything sometimes nothing
What was your win this week?
#discuss #weeklyretro
Here's how I increased website performance by 21%!
#html #tutorial #css #javascript
Boost Your Productivity: Best Software For Dev Teams
#webdev #programming #productivity #devops

Once suspended, rkjain119 will not be able to comment or publish posts until their suspension is removed.

Once unsuspended, rkjain119 will be able to comment and publish posts again.

Once unpublished, all posts by rkjain119 will become hidden and only accessible to themselves.

If rkjain119 is not suspended, they can still re-publish their posts from their dashboard.

Once unpublished, this post will become invisible to the public and only accessible to Rushab jain.

Thanks for keeping DEV Community 👩‍💻👨‍💻 safe. Here is what you can do to flag rkjain119:

Unflagging rkjain119 will restore default visibility to their posts.