After reading this article, you have so much knowledge about the blockchain, so you can pass it on to others as well. 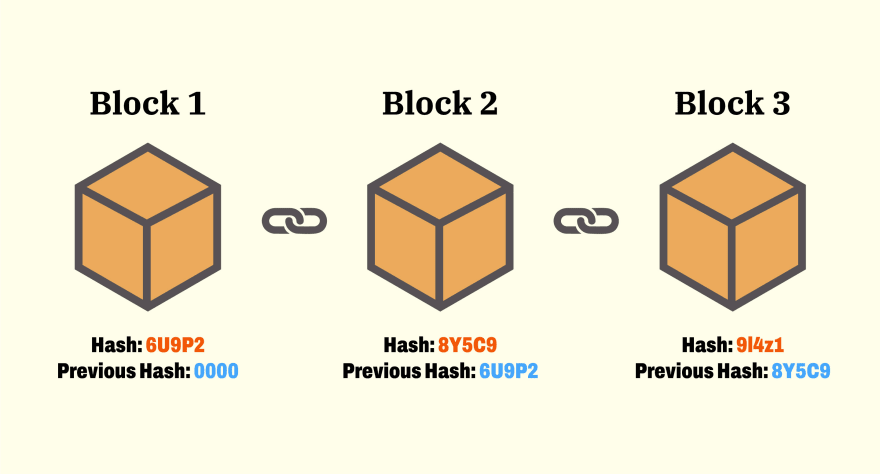 A blockchain is a distributed system of immutable records called blocks, which are secured using cryptography. A block is a record book that contains the details of a transaction data. A distributed ledger that holds a collection of interlinked blocks along with a block hash is called a "blockchain."

It was launched only ten years ago and has the potential to replace the existing system and become the foundation of global record-keeping systems. It was created by the unknown person behind the online cash currency, bitcoin, under the pseudonym of Satoshi Nakamoto.

An overview of blockchain history:

2000
Stefan Konst publishes his theory of cryptographic secured chains, plus ideas for implementation

2014
The potential of blockchain technology for other financial and collaboration transactions is studied after it is cut off from the cryptocurrency. The term "blockchain 2.0" is introduced, alluding to uses beyond cash.

The Ethereum blockchain architecture inserts computer code into the blocks to represent securities like bonds. These are referred to as smart contracts.

Blockchain technology began When Satoshi Nakamoto published the Bitcoin whitepaper, he essentially introduced blockchain technology to the world. Back then, cryptocurrency was the only use case for the blockchain. It was a decentralised ledger that could keep a transparent, permanent record of cryptographic transactions. While blockchain has since been used in a wide range of other areas, it was designed specifically for this digital currency and to advance the goals of digital currencies .

In its earliest stages, blockchain technology set up the basic premise of a shared public ledger that supports a cryptocurrency network. Satoshi's idea of blockchain makes use of 1 megabyte (MB) blocks of information on bitcoin transactions. Blocks are linked together through a complex cryptographic verification process, forming an immutable chain. Even in its earliest guises, blockchain technology set up many of the central features of these systems.

Later on, the developers discovered that a blockchain could do more than just record transactions. For example, the Ethereum creators believed that assets and trust agreements potentially benefit from blockchain administration. In this sense, ethereum is the second generation of blockchain technology.

This "smart" network introduced two revolutionary concepts that completely changed our perception of blockchain technology. The first and most important concept was smart contracts. These smart contracts paved the way for the second revolution, which was blockchain as a digital ecosystem. Several developers will now be able to start their own cryptocurrency projects and applications using Ethereum's smart contract technology. Therefore, more than a cryptocurrency, Ethereum acts as a platform which developers can use to build on. It’s like the blockchain version of iOS or Android, where decentralised apps can be developed and launched.

Scalability is one of the most pressing concerns confronting the blockchain. Transaction processing times and bottlenecking remain a problem for Bitcoin. Many new digital currencies have attempted, with various degrees of success, to modify their blockchains in order to address these challenges. Scalability is likely to be one of the most crucial advances paving the way for blockchain technology in the future. New blockchain applications are being found and implemented all the time. It's difficult to predict where these advancements will take the technology and the wider bitcoin business. Blockchain supporters are likely to find this quite exciting; from their perspective, we are living in an epochal time with an epochal technology that is still growing and unfolding.

Based on the nature of data accessibility, blockchain can be categorised as below:

It can be classified as follows based on the need for authorization to participate in Blockchain: 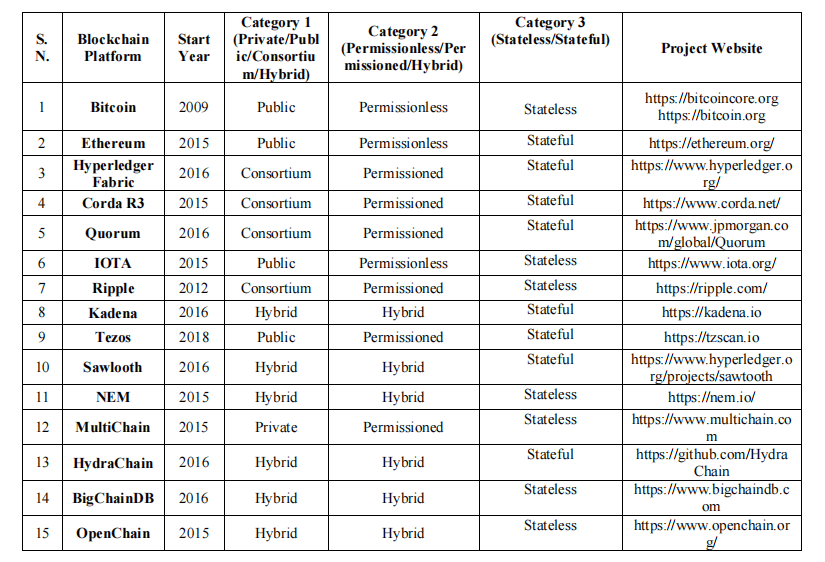 Rishabh Rathore
I am an enthusiastic learner who is always seeking new technologies and tools to help change the world. I am strongly interested in Data Science and the fields related to it.
The perfect open-sourcer does not exist
#opensource #beginners #github #productivity
Should developers study 20 hours a week after work?
#career
Form Validation with JS and Tailwind
#webdev #beginners #codepen #tutorial

Once suspended, rishabh055 will not be able to comment or publish posts until their suspension is removed.

Once unsuspended, rishabh055 will be able to comment and publish posts again.

Once unpublished, all posts by rishabh055 will become hidden and only accessible to themselves.

If rishabh055 is not suspended, they can still re-publish their posts from their dashboard.

Once unpublished, this post will become invisible to the public and only accessible to Rishabh Rathore.

Thanks for keeping DEV Community 👩‍💻👨‍💻 safe. Here is what you can do to flag rishabh055:

Unflagging rishabh055 will restore default visibility to their posts.