In a Singly Linked List, each node has only a pointer to the next node, and there are some ways to reverse it, the one that I want to show here doesn't require extra space.

This loop continues until the current points to null, which will mean that we reached the end of the list. Like this: 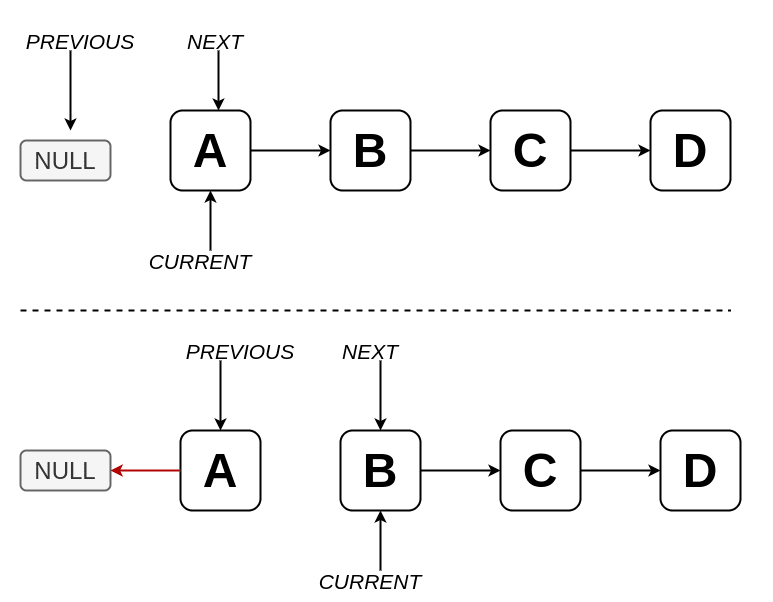