I recently had the honor of working with a neighbor beginning his development journey. He is taking a course through his employer and using a work computer with Windows installed.

Initially, I saw that he was using Git Bash ... mostly unsuccessfully. In particular, the Angular CLI was failing with command not found. He apparently had figured out some creative npx commands.

I wanted something simpler for him.

Knowing he had NodeJS installed, we set the path to the Angular CLI and made a custom shortcut to the NodeJS Command Prompt.

We followed the rabbit hole and found the Angular CLI in the following location ...

Then, we opened the Environment Variables and added this to the Path. This ensures that we are able to reference the CLI in the command prompt later. 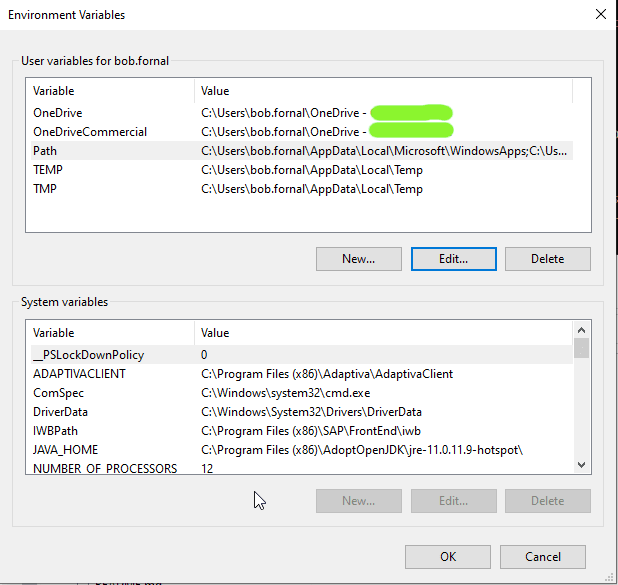 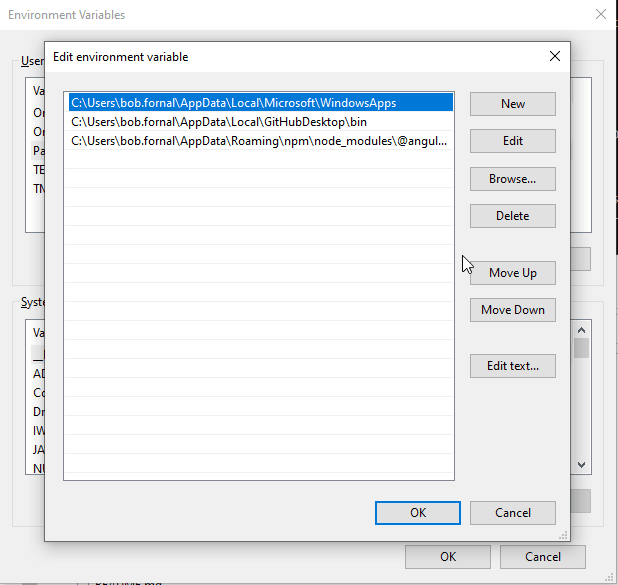 Then, we located the NodeJS Command Prompt shortcut ...

We then copied the shortcut and placed it on the desktop to make things a bit easier.

The biggest change we made to the shortcut was to set the "Start In" folder to the root of his projects folder ... we got to these settings by Right-Clicking and selecting Properties. 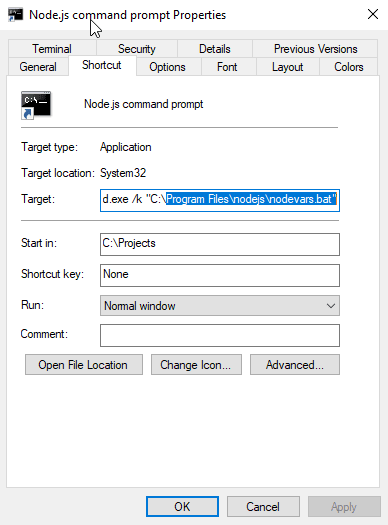 This simple setup gave him much more flexibility without any hassles for Angular development using the CLI.

Making the most boring website ever with TypeScript, NestJs, React and others. Part 7.

Steering clear of the dependency trap