Name a company that develops software, there’s a very high chance they’re are using Git to source control their codebase. Actually, there’s a 77% chance, according to Smartbear’s State of Code Review 2020 Report.

There’s also a very high chance this company has a code review process in place. An 84% chance according to Codegrip’s Code Review Trends in 2020 report.

However, there isn’t a single standardized methodology to develop software using Git and Code Reviews because it’s highly dependent on the team and the project characteristics. It’s entirely up to the team to choose which methodology better suits their software development needs and goals.

Rarely a blog post has such an impact in the industry as the one Vincent Driessen published on January 05, 2010, named A successful Git branching model.

In his post, Driessen laid out Git Flow, a robust and strict branching model that became the industry standard for software development for years.

It brought parallel development to the masses, created the perfect conditions for collaborative programming, and it scaled easily.

With it, many companies managed to grow large and efficient teams and to deploy very complex software.

With Git Flow, the repository is centered on the main and develop branches, and it is supported by feature-n, release, and hotfix branches, as described in this diagram: 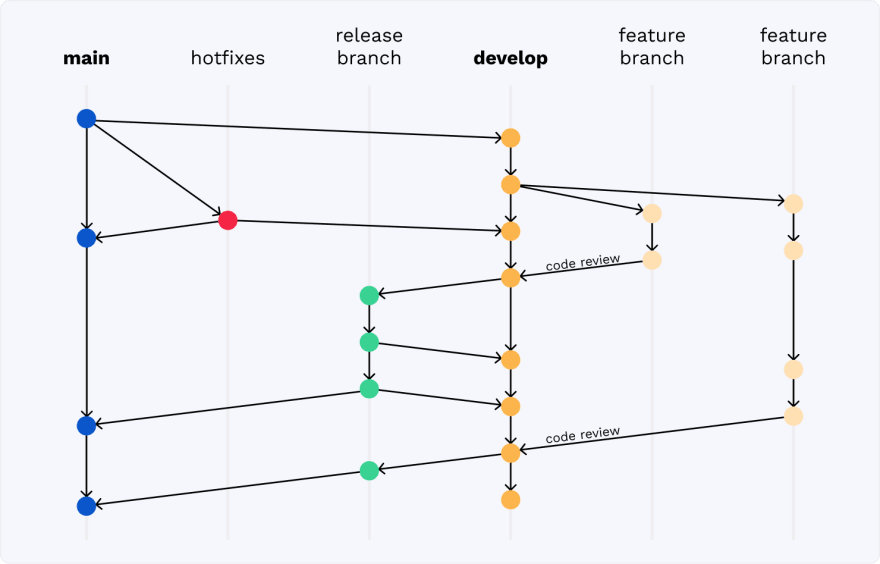 Code Reviews play an essential part in ensuring the code is up to standard and bug-free when merging feature branches to the develop branch.

Git Flow allows for a very methodic and orchestrated software development but comes at a very high cost:

With the advent of web apps and continuous delivery, a lighter and faster branching model gained traction: GitHub Flow. As you might’ve guessed, it was created and popularized by the very own GitHub.

It’s centered on the main and feature branches. Main is always releasable. Developers create a new feature branch to make changes. After reviewing these changes for bugs and code quality they will be deployed to production. If they cause problems, a rollback from main will take place, otherwise, the feature branch is merged to the main branch.

Compared to Git Flow, GitHub Flow is much lighter. Maintenance is very low because the only long-lived branch is Main.

Trunk is deployable at all times. Changes should be summited daily. Unfinished features should be unexposed with the help of feature flags.

Yes, you read it right. It sounds like Yolo Software Development. There are is no code review in TBD, either. 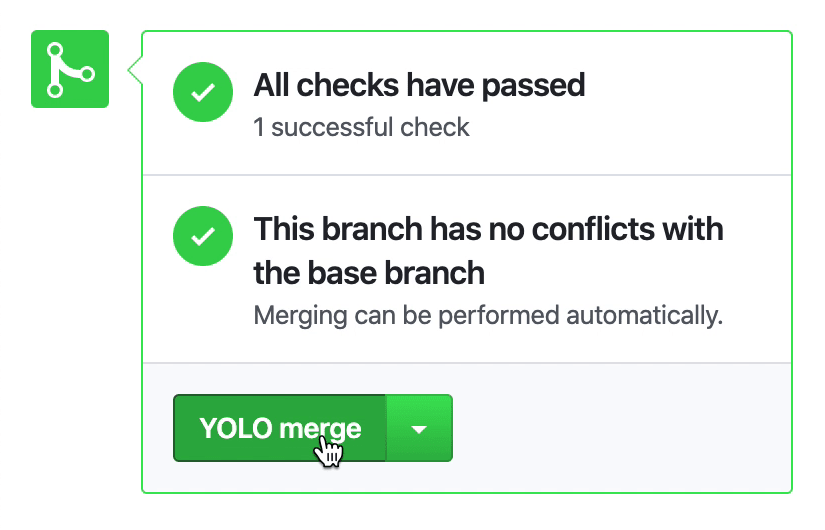 The catch is that this method can only work in small teams, with seasoned developers, and pair-programming is highly recommended. The pace is very fast because there is very little, if any, overhead. The team must be very skilled and cautious because everything goes directly to the trunk.

This TBD model is actually officially called Trunk-Based Development For Smaller Teams. Despite its shortcomings, TBD for Smaller Teams is highly regarded by the software development community for its extremely lightweight workflow.

Luckily TBD has another trick up its sleeve: Scaled Trunk-Based Development. In order to operate at scale, this branching model uses short-lived feature branches with a life span of a few days (maximum) before merging to the trunk, which is deployable at all times.

Work in progress should be kept to a minimum, not only to avoid merging problems with long-lived feature branches, but also to make up for easier and faster code reviews.

Code reviews will guarantee only quality code is merged to the trunk and will allow for very early defect detection. 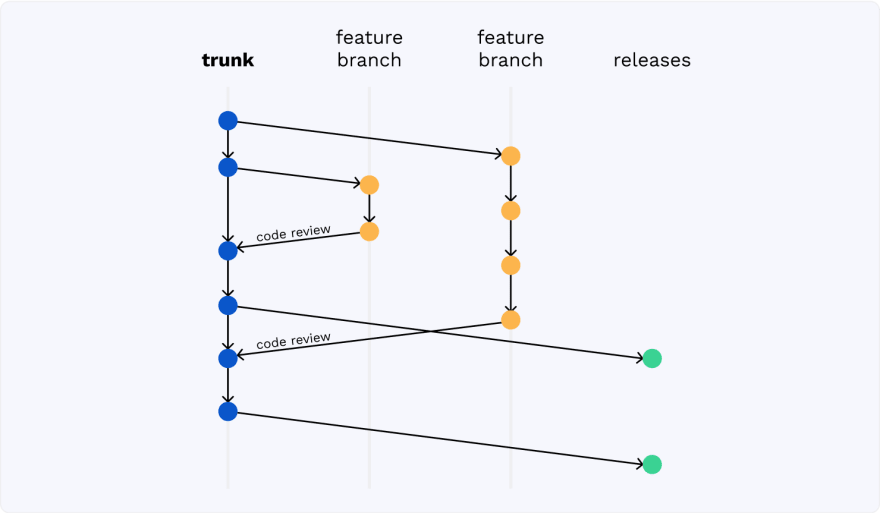 With Scale TBD, continuous integration is guaranteed, parallel development is supported, and quality is ensured with simple code reviews. It allows for quicker iterations with fewer errors, and it’s always deployable with very little branch management.

It goes without saying that each team and/or product might warrant different needs in a branching model. Teams should take extra care choosing one.

Whichever branching model is chosen, it is very (!) important that it’s crystal clear to every team member what are the rules and steps in the workflow. Without it, any model will fail to bring out the best of the team and the product.

Why OpenSSH 8.8 cannot find a host key type if ssh-rsa is provided

Git and Github ~getting started with opensource