Nobody wants to see errors in their API. But they appear at times when least expected. The possible scenarios when an error pops up could be something is wrong with the request or some problem with the API. Whatever may be the cause, one thing is sure traffic would stop.

API crashes shouldn’t disrupt the user experience. Errors should be handled at the client-side so that the user knows that something is wrong and can move on from there.

A QA tester or Product manager would want to mock various error responses to check how the application handles the errors.

Requestly is a tool that intercepts all the network requests and allows users to modify them. It enables users to Modify Headers, Redirect URLs, Switch hosts, Mock API responses, Delay network requests, Insert custom scripts. It is available as a desktop app and browser extension on all major browsers.

Requestly app can simulate status code responses by using the redirect rule to redirect to a mock API that overrides the status code. In simple words, you are hitting the mock API instead of the actual API. 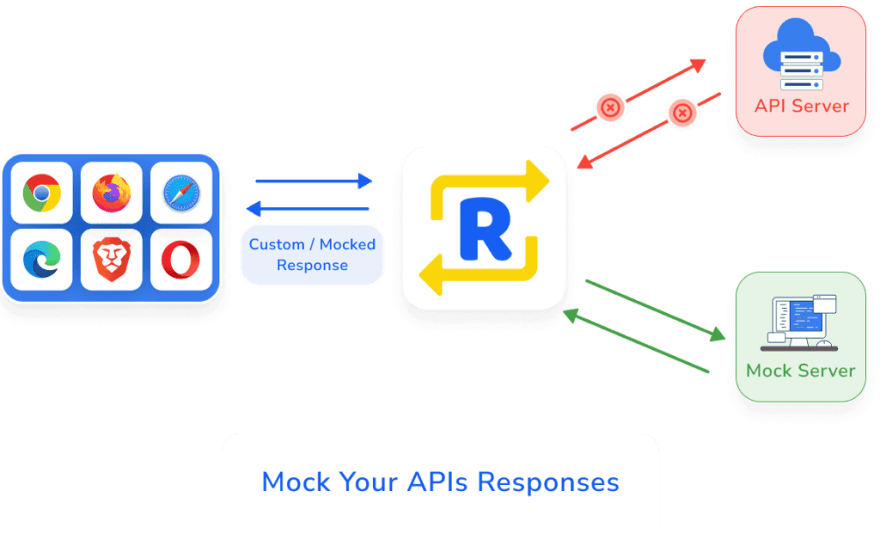 I used it to simulate status code responses on Twitter

I tried this with the following sites to see how the site handles the simulation of 500- Internal Server Error status code.

So I created the Requestly rule to be applied only when the URL matches */CreateTweet using wildcard match.

The redirection to mock API won’t work due to Content-Security-Policy- connect-src directive, which restricts the URLs loaded using script interfaces.

You can use the Requestly marketplace rule to bypass this, which is a prebuilt rule to remove the content-security-policy header.

When I tried tweeting something, 500 status code was simulated and handled as following. 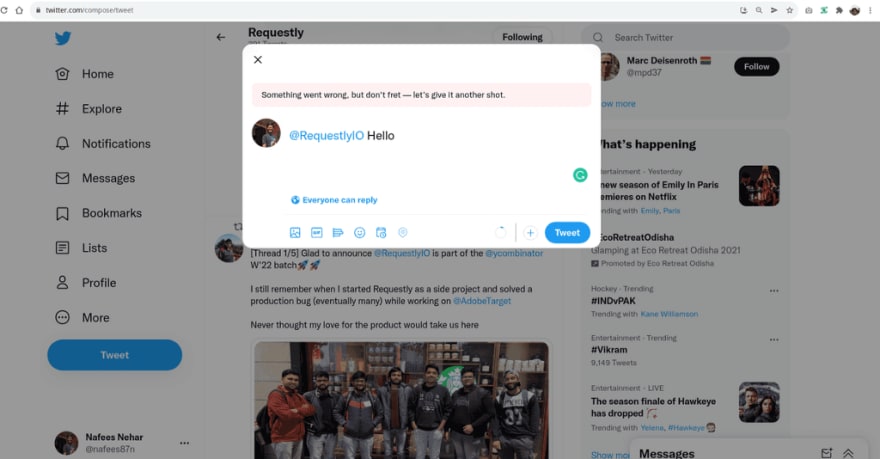 This is how I used Requestly to simulate 500 when tweeting. I hope this article has helped you and empowers you to simulate different status codes.

How to Run CI Tests with GitHub Actions ⚙️