Among all of the new features, the React Strict Mode feature stood out for its extensive improvements and functions in areas such as identifying coding patterns for bugs, providing feedback to developers with no impact on the production build, and much more.

In this article, we'll see the React Strict Mode, how it relates to the JavaScript “use strict” expression, its importance, benefits, features, and significant improvements.

What is React Strict Mode?

React Strict Mode is a developer tool highlighting potential bugs or issues in a React application's codebase. It provides warnings to developers as feedback for errors that occur in an application, with no effect on the result because it does not render any visible UI.

React Strict Mode runs some functions in the development environment to ensure that they return values identical to the desired arguments and have no unintended side effects. These functions are as follows:

Strict Mode, on the other hand, detects errors in coding patterns and flags previously accepted "bad syntax" as errors by eliminating silent errors and throwing errors when they occur. React Strict mode works similarly to JavaScript's "use strict" expression in that it ensures a more strict and type-safe version of JavaScript.

The relationship between React Strict Mode and the "use strict" expression is described in the table below:

Comparison between React Strict Mode and Use Strict

Undeclared variables will return an error in React Strict mode. It checks for the following:

You can reference the Strict Mode by using <React.StrictMode>, or import { StrictMode } from 'react' in your code. Then, the component can be called as StrictMode.

Wrap the suspected code in the Strict Mode helper component as shown in the code block below:

The expression “use strict” flags out the following as errors:

Both statements in the code example below will return errors because arguments is a reserved words and variable x is not defined.

Also, “use strict” must be specified at the top of the file for it to take effect.

Stop wasting your time copy/pasting your CRUD code all over your application!

Meet the headless, React-based solution to build sleek CRUD applications. With refine, you can be confident that your codebase will always stay clean and boilerplate-free.

Try refine to rapidly build your next CRUD project, whether it's an admin panel, dashboard, internal tool or storefront. 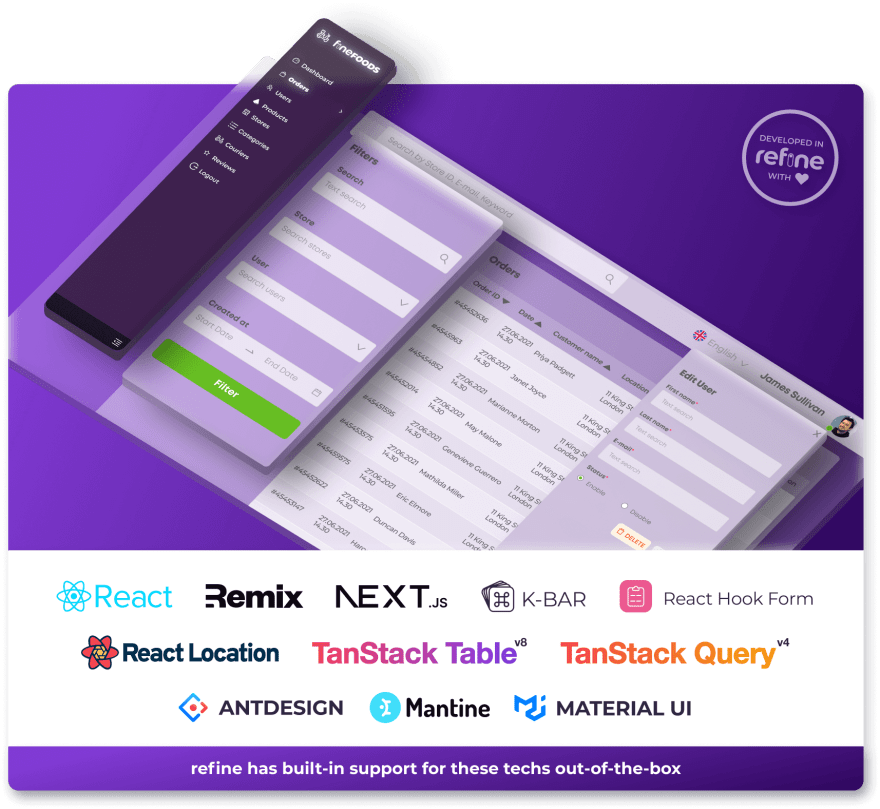 Strict Mode plays a significant role in the incremental adoption of Concurrent rendering, a new implementation detail that, in simple terms, allows rendering UI to be interruptible. While in development, Strict Mode can be used to help expose concurrency-related bugs.

The new React Strict Mode behaviours are as follows:

React Strict Mode comes with a couple of outstanding benefits:

In this section, you will learn about the current features of StrictMode, which include:

Legacy components such as componentWillMount, componentWillReceiveProps, and componentWillUpdate have been discovered to cause unhealthy code practices in React. When misused in asynchronous React applications, they produce undesirable results. As a result, React developers decided to prefix these lifecycles with UNSAFE_ in future releases.

Due to difficulties in passing refs to child components and issues with referencing the names of created Refs, the use of the String Ref in React, which was previously acceptable in previous versions, now has a warning in Strict Mode. Strict Mode warns developers, instructing them to use Callback refs or React.createRef as best practices.

FindDOMNode was a React feature designed to search the DOM node tree for a specific class interface. A refactoring issue caused by the FindDOMNode approach was that the parent component needed to be aware of their child's implementation details to return the appropriate child. Another issue was that FindDOMNode did not reflect changes in the state of node elements.

Due to the Strict Mode practice of double invoking function routines, functions can scrutinise their results to ensure they are pure and produce the desired results whenever the functions run. As a result, if a side effect occurs erroneously during the function render process, it can easily be detected and traced in Development Mode due to visible inconsistencies in the program’s output.

StrictMode now highlights the use of the old Context API, prompting the user to upgrade to a higher version, as the Legacy Context API will be discontinued in future React releases.

In future versions, the React Strict Mode aims to prevent state loss caused by component mounts and dismounts. This feature improves performance by retaining and restoring application states when dismounted components are mounted back into the component tree.

refine is an open source React-based framework for building CRUD applications without constraints. It can speed up your development time up to 3X without compromising freedom on styling, customization and project workflow.

Once suspended, refine will not be able to comment or publish posts until their suspension is removed.

Once unsuspended, refine will be able to comment and publish posts again.

Once unpublished, all posts by refine will become hidden and only accessible to themselves.

If refine is not suspended, they can still re-publish their posts from their dashboard.

Once unpublished, this post will become invisible to the public and only accessible to Necati Özmen.

Thanks for keeping DEV Community 👩‍💻👨‍💻 safe. Here is what you can do to flag refine:

Unflagging refine will restore default visibility to their posts.