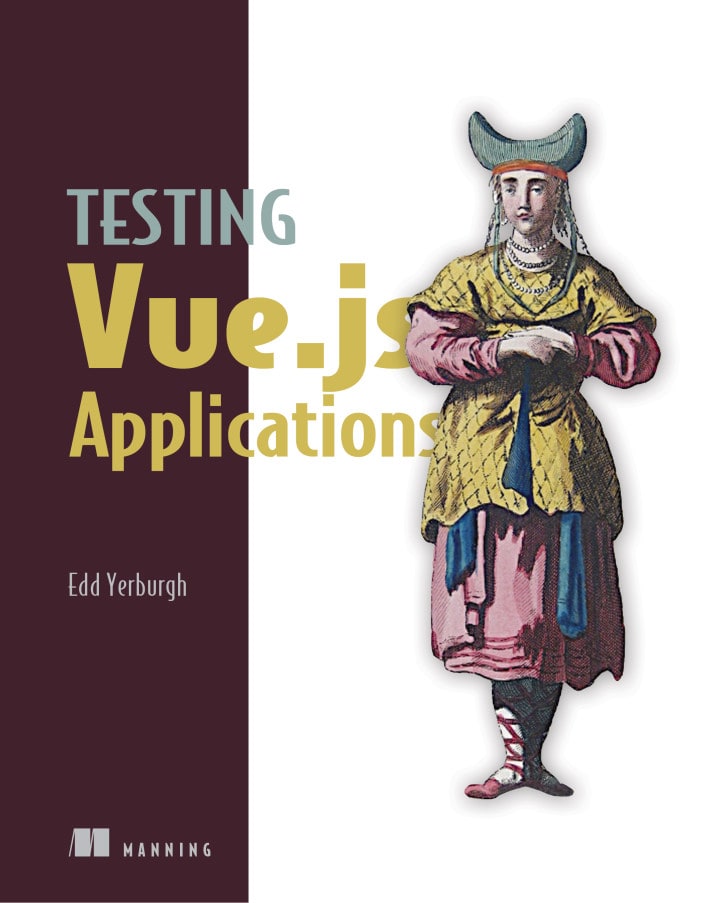 The idea of testing is so fulfilling. Planning your way through your code, creating reliable trail markers that will keep your code bug free, it's every compulsively organized coder's dream.

BUT in reality, testing can be closer to wandering around the woods, hoping to stumble into a solution that makes sense to creating better and hopefully faster code.

Personally, I struggle with testing. I'm a natural planner and organizer, and I can see that testing should be such an effective way to get ahead of my future self and let him know that hour twelve of a programming day may not be the most effective time to be pushing out lines of code.

As a Vue developer there has been times where I'm left confounded by testing within the intricacies of Vue's framework. While Vue is notoriously well known for it's well written documentation, I was often left scratching my head and moved on from writing tests out of frustration.

When it was announced last year by Manning Publications that they were publishing a book on Vue testing by Edd Yerburgh, core Vue team member and the author of Vue Test Utils, I immediately purchased the "Manning Early Release Program" (MEAP) version.

Being able to get the perspective of a core Vue member on their product is really helpful, and I'd recommend seeking out the opinions of an original author as one of the best ways to learn about a topic.

While some people may be able to learn strictly through documentation, I feel I may reflect a potential case for some incoming issues in the developer community.

Being a person who has a non-technical background but self-taught my way into being a professional developer, I usually can't wrap my head around technical documentation that easily.

Usually, along with whatever technical documentation I may be going over, I'll have a few tutorials open alongside, flipping back and forth trying to decode the words that at times feel like they were written in Ancient Sumerian.

To me this is the biggest strength of Yerburgh's book. It is extremely well written, and very easy to read and understand.

It's so simple, in fact, that even though it's recommended to code along with the book's examples, I nonetheless find myself reading the book and absorbing the information without necessarily needing to sit in front of a computer at the same time.

The book catches most of the important topics, such as Vuex, Server Side Rendering (SSR), child and parent components, unit tests, end to end tests, etc.

Of course, like with all guides of a particular tool, you'll still find all sorts of things to drive you crazy during implementation, but a quick flip back into Yerbugh's book, or Vue Test Util's documentation usually provides a good roadmap out of whatever issue you may find yourself in.

Full-Stack App with VueJs and Flask

Masonry layout for Vue 2 and Vue 3