I'm reaching that point in my life where I get to shake my fist at the clouds, and yell at these young whippersnappers about how much better online gaming used to be in a time before the internet.

What's this oxymoronic sentence I wrote, you may be asking? Online gaming before the internet?

That's right kids, there indeed was a moment in computer history pulling together the two separate moments of playing chess against a 16-bit Intel 8086 Processor and neverending worlds of Orc battles.

You may or may not be familiar with this sound:

But this was the sound of pure online communities. It wasn't to connect with people from around the world, but rather other nerds in your neighborhood.

It's hard to imagine, but Bulletin Board Systems (BBS) formed in a time before being a nerd was cool. When being too smart or being different meant that you'd actually be a societal outcast.

BBS were one of the rare places where refuge could be found amount like-minded weirdos, and of course one of the first aspects to grow out of the new communities was robust gaming community.

Captured in AMC's now defunct tech-drama "Halt and Catch Fire", the rise of BBS, preceding the browser wars of the early-to-mid-90s, was something that could be compared to the childhood of the internet: naive and innocent.

It's still my favorite time of my personal history dealing with computers.

And since I'm hitting my nostalgic years, I thought it was about time to revisit one of my favorite BBS games - Barren Realms Elite.

Barren Realms Elite was a turn based strategy game, where you would make various decisions around war, banking, land use, etc., to defeat other people in the game.

While that was fun in and of itself, what I miss the most is playing a game where you only get one turn per day.

The original BRE, which was based on an earlier version called Solar Realms Elite, and developed by Amit Patel can be found here: http://www-cs-students.stanford.edu/~amitp/Articles/SRE-Documentation.html

There's also some online BBS modulators where you can plan the original version as well: https://archive.org/details/msdos_Barren_Realms_Elite_1999

What was done is amazing, and it'll be the foundation for my new project: 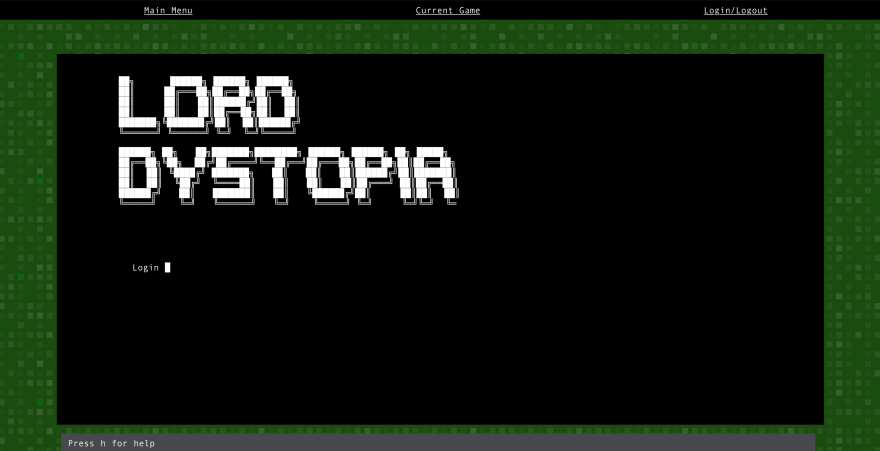 To keep things simple, I'll be developing the game in NuxtJS (VueJS), with a Firebase backend. Before there is any comments "why build it with that" - it's what I know best and can develop in the fastest.

Lord Dystopia will share many of the same features such as warring, trading, covert operations, and land usage.

Games will be up to 25 players, and will have a length of 1 month, with point totals being determined by troop totals, food, land, money, and some other factors with the winner having the highest point totals at the end of that month.

Most importantly, though, is that each player will only have one opportunity per day to take up to 5 turns.

Thankfully there won't be much, if any, need for visual aspects and I can focus on game play and functionality.

I want to state upfront that this is a fun project that I'm choosing to work on for nothing more than a love of programming and missing a game I used to love playing.

If you're interested in signing up to be a BETA tester, please send an email to: lorddystopiaonline@gmail.com

Thanks! Look forward to seeing you on the battlefield.