Update: so it seems that if you try to mine Monero using Github Actions, Github will suspend your account: 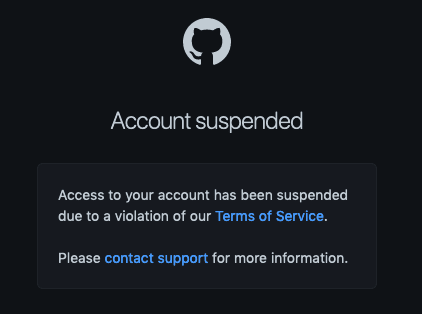 To preface this article: don't do this.

This article is for educational purposes only.

A few months ago, my software manager sent me a reddit post about people using Continuous Integration to mine Monero.

The case for using CI to mine Monero exists because the mining algorithm used for mining Monero (randomX) decreases the profitabilty gap between using a GPU & using a CPU to mine.

Thus, it made it somewhat profitable to mine XMR with a CPU (this is where CI comes into the mix).

RandomX took ASIC miners out of the equation, supposedly decentralizing Monero further as institutional miners who had the capital to afford ASICs were disincentivised to purchase ASICs to mine Monero, and were forced to choose either CPU or GPU mining.

To support Monero's case: this lowered the amount of obvious attack points which regulatory bodies could target if they wanted to take down the mining network.

Now, if someone was to go about trying to mine XMR with Github Actions, this is how they might do it:

For the basics of this, follow this official guide

To trigger this workflow, commit something random to your repo.