Git is an open source version control system that works locally to help developers work together on software projects that matter. This cheat sheet provides a quick reference to commands that are useful for working and collaborating in a Git repository (repo).

Starting up Git within a project and getting it connected.

Initializes (or starts) your current working directory (folder) as a Git repository (repo).

Adds the Git upstream to a URL.

Creating files staged after modifying a file and marking it ready to go in the next commit.

Checks the status of your Git repo, including files added that are not staged.

Stages modified files. If you make changes that you want included in the next commit, you can run add again. Use "git add." for all files to be staged, or specify specific files by name.

Removes a file from staging while retaining changes within your working directory.

Recording changes made to the repo.

Commits staged files with a meaningful commit message so that you and others can track commits.

Condenses all tracked files by committing them in one step.

Isolating work and managing feature development in one place.

Lists all current branches. An asterisk (*) will appear next to your currently active branch.

Creates a new branch. You will remain on your currently active branch until you switch to the new one.

Switches to any existing branch and checks it out into your current working directory.

Consolidates the creation and checkout of a new branch.

Downloading changes from another repository or sharing changes with the larger codebase.

Pushes or sends your local branch commits to the remote repo. Note: some repos use master instead of main in their commands.

Fetches and merges any commits from the tracking remote branch.

Compares modified files that are in the staging area.

Displays the diff of what is in 'a-branch' but is not in 'b-branch'.

The history of changes.

Displays important information about our commit history, like the ID of the commits, the author, the date and where is the head.

Draws a graphical representation in one line and it's very visual. 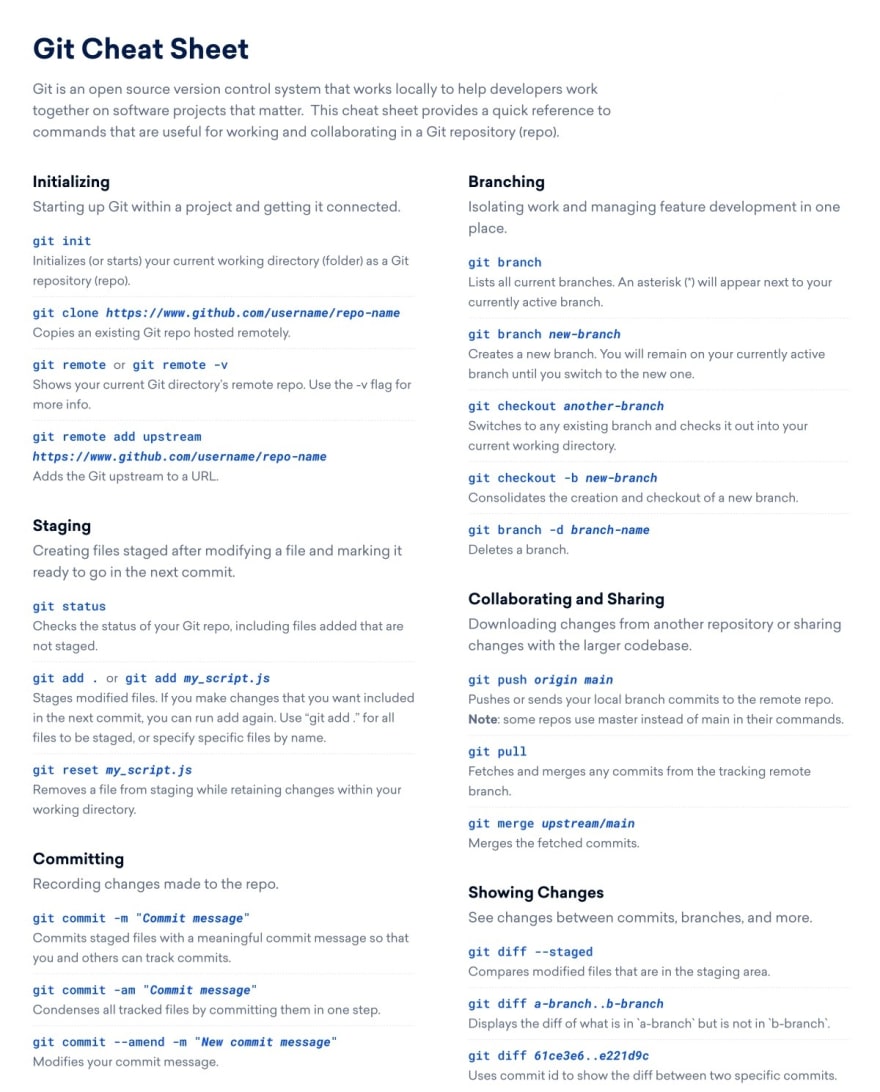 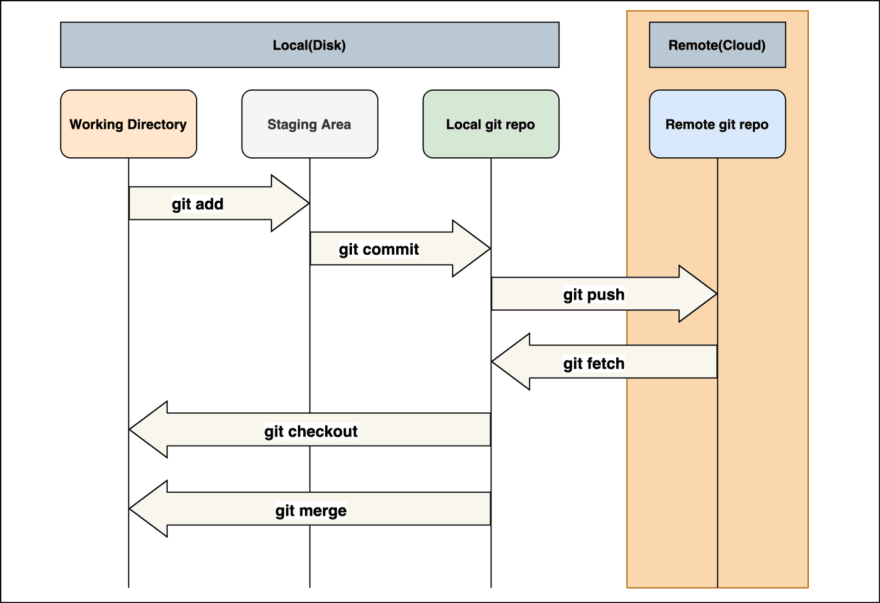 GitHub integration for Orbit for anyone with multiple communities

Github's co-pilot made me super excited!

What lies in the .git folder? How are commits stored? Answered by Microsoft MVP & author of SQL Source Control!