If you are starting to learn Redux, middlewares could be a pain know what it is and why we need them... So I am going to try to give you few keys (and links) to help you in your learning process.

What is a middleware?

A middleware is usually called "Software glue". It is usually a piece of software that it is in the middle of two softwares, and it makes easy the communication between them.

A middleware become popular with the beginning of Operating systems architecture. It made easy the way that engineers get/set data to operating system.

Provides a third-party extension point between dispatching an action, and the moment it reaches the reducer.

So it is basically a piece of code between actions and reducers.

Why we need them?

Yes, I was thinking the same, why we have to complicate things that much? But hold on, it have good a reasons.

Actually, It is technically possible do it without middlewares. But, as a rule of thumb is a bad idea and you could mess things.

Redux try control access to state and reduce any problems. For that purpose they try to give you few guidelines. They usually are aimed to reduce complexity and organize everything by single responsibility. The things that clarify me this were:

Basically, This is a SOLID solution.

If you want to know more, Stackoverflow has a great thread talking about this doubts:

Cool but, Where is this exactly in Redux? 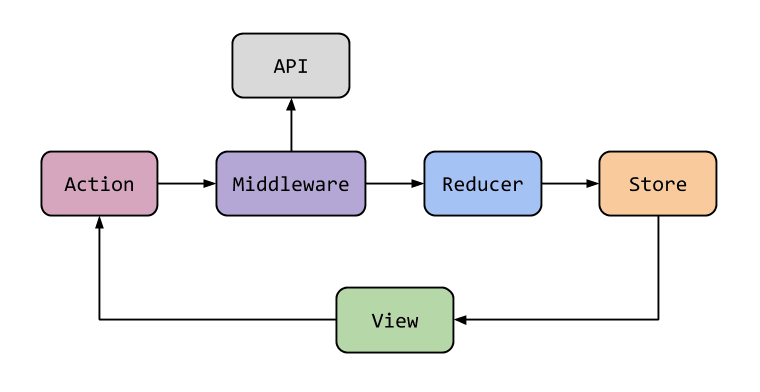 Ehm but, How it works?

So easy, thinking on Thunk Redux, when you dispatch one of yours new ThunkActions, is going through redux environment, but not directly to reducers. It first pass through middlewares and there, Thunk detect this action as a ThunkAction because it takes only one argument, a Redux store.

After that, it will execute your "normal" actions in the order that they have been resolved. But this action will go finally to our reducers (But they could also pass through any other middleware)

How I create my own middleware?

As we saw on what its a middleware and where it is, it is a piece of code between actions and reducers.

The code is not really good, but it works for what we are trying to show. The power of middlewares. Probably the only thing for what you need a little more explanation is about Next (If you need more) . Next is a function that the middleware call when it finish with the assigned task. This sends the action to our reducer or another middleware.

If you've found a typo, a sentence that could be improved or anything else that should be updated on this blog post, you can access it through a git repository and make a pull request. Instead of posting a comment, please go directly to my github repository and open a new pull request with your changes.