I've been meaning to play around with ThreeJS for a while now and in this holiday I finally had time. When I learn something new, I like to work on a fun, silly project where I can use the technology I want to learn. It should be fun so that I enjoy working on it, but also silly so that I don't have too much pressure to finish the project...

In this blog post I'll write about my newly acquired ThreeJS skills, the project I used and some resources that I found super useful.

So without further ado, the project that I worked on is 🎉 a penguin in a globe 🎉 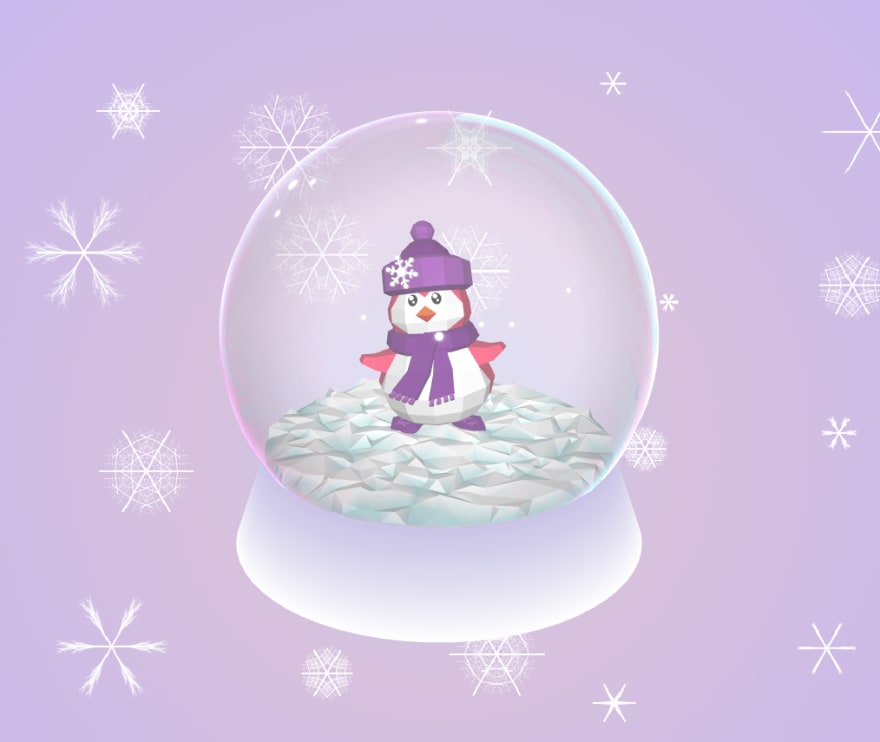 I started learning by checking out documentation, blog posts, video tutorials etc. There are many resources out there, so I'll just write the ones that worked really well for me and you might want to check them out (with the disclaimer that they might not work as well for you):

When actually starting the project, the best resources turned out to be the ThreeJS official documentation and their example apps.

Set up the repo and the app

I wanted to have a simple setup where I could write ES6 JavaScript. Webpack always comes with a ton of configuration which is really useful for big projects, but when all you want to do is put a penguin in a globe, it's so much better if you don't need a ton of configuration. So I tried for the first time Parcel and it was exactly the right tool for the job. It comes with a built-in Babel compiler, so all I needed to do was:

Then I added the two script commands for building the project in the package.json file:

I installed threejs as well and then I was good to go:

You can check out the initial stage of the project here.

There are a few basic elements that you need to define, whenever you want to create a new scene: the scene itself, the camera, the lights and the renderer. I added the axes helpers to better orient myself while developing and I also added the OrbitControls for navigation. You can read about all of these in detail with some great examples in the Discover ThreeJS book.
If you want to have a look at all the setup code, you can find it in this commit.

I want to create a triangulated surface that looks a bit like low-poly terrain covered with snow. The workflow is the following:

You can find the code in this commit. And this is what the terrain looks like in the end: 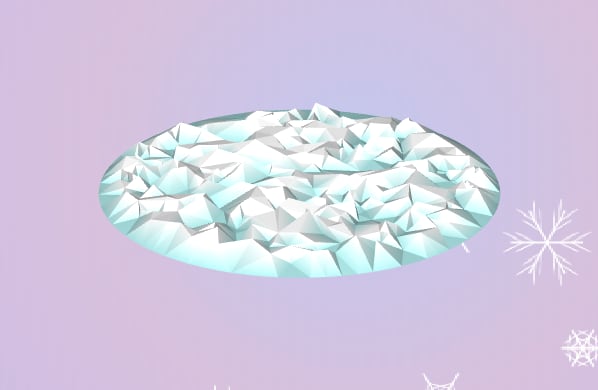 For this part I used the code from a ThreeJS example of spheres with transparency. The most interesting part here is exploring different types of materials and playing with properties like roughness, metalness, clearcoat or reflectivity to simulate a reflective glass surface. I also learned about cube map textures that can be used as an environment map. I used this abstract image as an environment map for the globe because it gives this bubble soap effect and the colors also match the background. I created the cube map textures using this online tool. 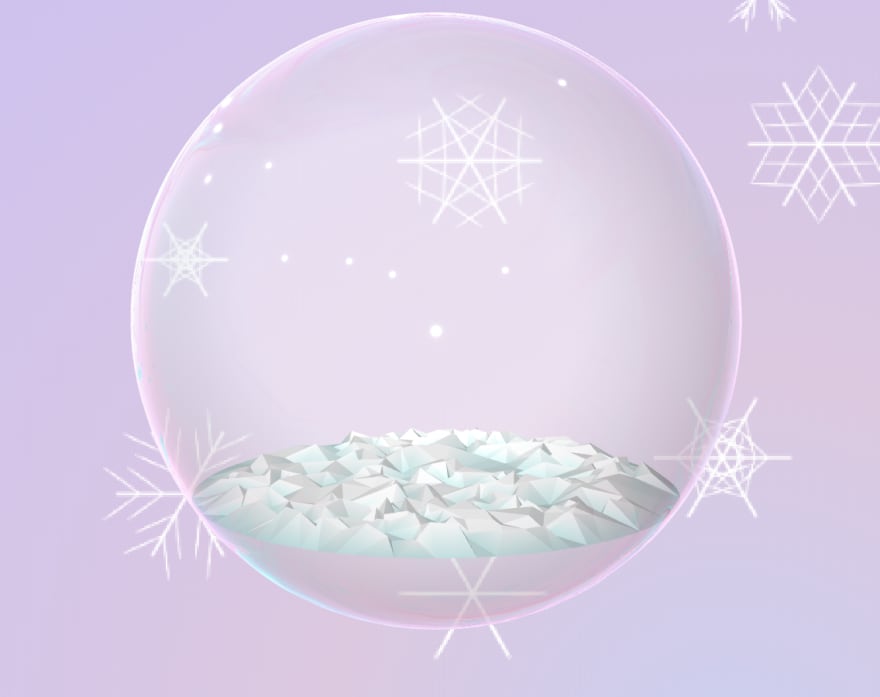 The commit for this step is here.

I can't create my own 3D models (still something on my to-learn list). So I always search for models online. Two websites that I constantly go to are Google Poly and Sketchfab. They have a built-in converted that will let you download the models in a GLTF format. I found Peppermint on Google Poly under a CC-BY license. 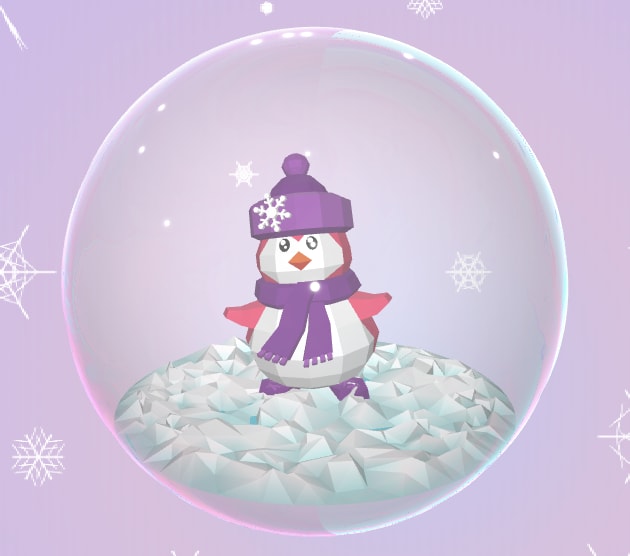 Otherwise, there's not much to add at this step. In the ThreeJS book there is a dedicated section on how to import external models. Or just have a look at my code.

Add a support for the globe

Finally I added the support, which is not more than a cylinder shape with different radiuses for top and bottom. The exciting part in this step is that I played a bit with shaders and created that gradient for the material. Creating a custom shader in threejs is a blog post that shows exactly how to create a fragment shader that displays a gradient between 2 colors.

This project was a really nice way to learn new technologies, 3D concepts and play around with tools and I hope it will inspire you to also build something or learn something new.

5 Amazing API For Your Project

Raluca Nicola
Product Engineer with the ArcGIS API for JavaScript team @esri. Having fun visualizing things in all sorts of ways.
June 17th, 2021: What did you learn this week?
#weeklylearn #discuss #weeklyretro
I built a React app generator.
#react #news #productivity #javascript
What keeps you motivated to write?
#writing #discuss #watercooler
Forem Open with the Forem app