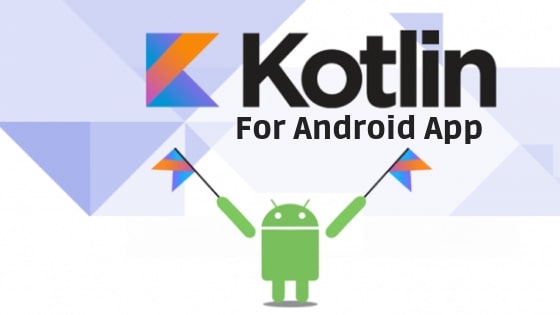 Java being object-oriented and well-crafted programming language has limited implementation dependencies. In a layman’s language, it allows the developer to write once and run anywhere in terms of platforms that support Java. Whereas Kotlin is a statically-typed programming language that runs on the JVM. Compiled well to JavaScript source code and to native executables, Kotlin offers a bunch of amazing features such as:

Why use Kotlin for Android?

Android has been a popular choice for global consumers for a while now, thanks to the thousands of devices it powers. Although, the usage of Java for app development seems to be widening at a fanatic pace. But it is equally important for you to know that Java comes with a lot of historical baggage.

Java 8 did solve some language issues and even more were corrected with Java 9 and 10. But are you well aware regarding the fact an Android developer needs to set the minimum SDK to Android 24 just to use Java 8, which isn’t an option? Kotlin on the other hand aims to fill that gap of a missing modern language for the Android platform.

It features few crucial tenets worth considering such as:

• Reduces the amount of boilerplate code one requires to write

• Interoperable to leverage existing frameworks and libraries of the JVM with 100 percent Java interoperability.

• Versatile for building server-side applications, Android apps or frontend code running in the browser.
Downsides of Kotlin language
The technology has indeed come as a boon but they even have a fair share of downsides as well.

• Sizeable Runtime- One of the major drawbacks of Kotlin is the file size that its standard library and runtime increase. On an average, a .apk file expands by 800 KB which isn’t much but if some file is already heavy, then it may become an issue to look into. Overall, it can make the user think before downloading heavy files.

• Complex Code Decryption- Sometimes your greatest strength can become your weakness. Even after having great syntax, you may still face certain issues because a small code is infused with so much. In the case of Java, its code is not that compact.

• Lack of official support- Android studio being officially integrated for Googles app development procedure but it fails to extend its support to Kotlin as the language is not officially endorsed by Google.

So that’s all for now! Keep watching the space for more information and updates on Android application development.

Why I joined Dagger

About "TypeError: map is not a function" in JavaScript

Rakesh Patel
Rakesh Patel is Marketing Manager. He writes about Technology Trends, Leadership and many more things about IT services through his online contribution
Twitter charging for API usage starting Feb. 9th
#twitter #api #discuss
What was your win this week?
#discuss #weeklyretro
Tips to be a Healthy Developer🧑‍💻
#beginners #programming #discuss #javascript

Once suspended, rakesh_patel55 will not be able to comment or publish posts until their suspension is removed.

Once unsuspended, rakesh_patel55 will be able to comment and publish posts again.

Once unpublished, all posts by rakesh_patel55 will become hidden and only accessible to themselves.

If rakesh_patel55 is not suspended, they can still re-publish their posts from their dashboard.

Once unpublished, this post will become invisible to the public and only accessible to Rakesh Patel.

Thanks for keeping DEV Community 👩‍💻👨‍💻 safe. Here is what you can do to flag rakesh_patel55:

Unflagging rakesh_patel55 will restore default visibility to their posts.