I tried lots of coding editors and this is the 👌best Coding Setup i came up with.

What are we Using ?

We are using Termux as our command line and NeoVim a terminal based text editor making it faster than any other code Editor. 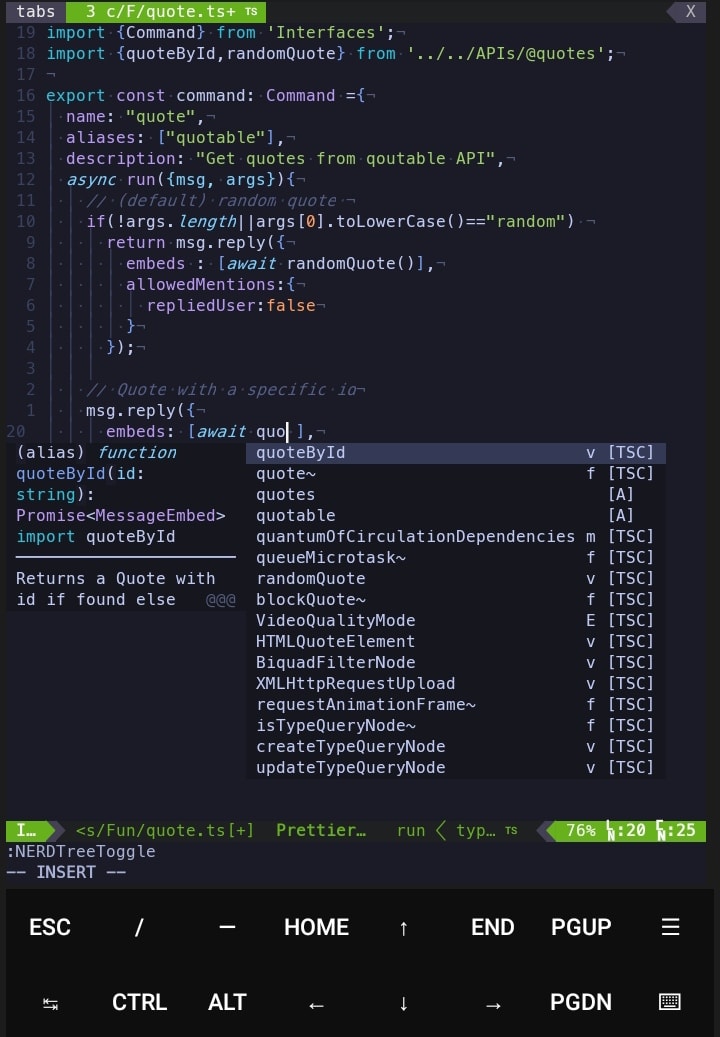 Those who don't know what's Termux.

Termux is a free and open source terminal emulator for Android which allows for running a Linux environment on an Android device.🤖

For more search on google.🤭

(if you have installed from playstore uninstall it).
From Termux Devlopers: 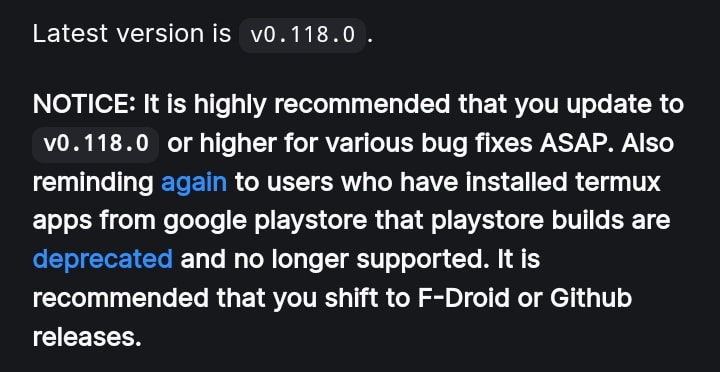 we're about to use NeoVim so we'll also install neovim

A shell similar to bash but more Customisable.

OhMyZsh is a framework for managing your zsh configuration.

Install it by pasting : (👇script by ohmyzsh devs) [TRUSTED]

it will prompt:
Do you want to change default shell to zsh?
press y

powerlevel10k is one of the best theme for zsh.

run the following to save this theme in zsh theme folder :
(👇script by powerlevel10k devlopers) [TRUSTED]

you won't notice any changes ✅

basic help to use nvim :

now close/end your termux session using exit command or ctrl+d
Open your termux again and answer all the questions correctly/desired/recommend.✍️

don't worry if you choose wrong option or you ever want to configure your p10k theme.You can run p10k configure anytime.✨🎊🥳🎉

if you don't like this Theme you there are many built-in themes lists here : ohmyzsh Themes

Basically go and search on Google and install it.

btw if you find any cool plugins you should definitely share it with me🤗. just name it in the comments.

[1.4] Links to learn and Explore about Termux

Termux wiki: https://wiki.termux.com
This termux wiki isn't so big you should probably read it and its worth reading.

Termux Discord Server: https://discord.gg/HXpF69X
You can always ask for help here if you can't find on google.

Neovim is a community driven open source project and a forked version of the Vim text editor built to make Vim easier to maintain for its core developers.🤖

Basically NeoVim is Vim Patched by NeoVim Community Devlopers
Although almost all commands are same as Vim so while googling you should use vim instead of NeoVim to get more search results.

Now you should ask why NeoVim not Vim ?
well its not much of a difference you can use VIM instead but NeoVim has better GUI. so I'm going with NeoVim.

Don't worry 😅 bore you with bunch of commands. just some basics its same as we discussed earlier.

basic help to use nvim :

just these and ☺️ this crash course: VIM Crash course
by one of my favourite Youtuber: Ben Awad

we'll add some cool Neovim plugins to upgrade its UI and basically we'll make it look like VSCode.

We'll use one of the most popular vim plugin Manager: vim-plug

you have to create ~/.config/nvim/init.vim run :

Now you can add Plugins simply by adding plugin git-repo link/name in between call plug#begin() and call plug#end() like this : 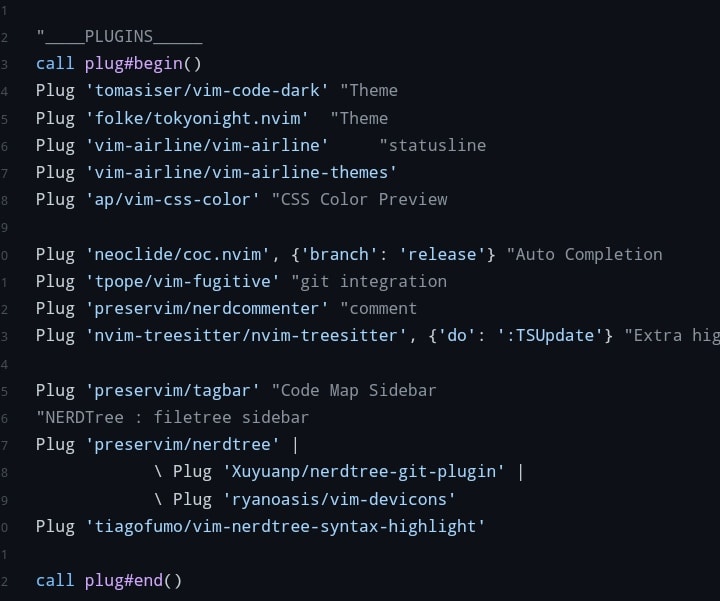 To make nvim smart as VSCode

you might need to install some CoC-plugins/packages based on language you are coding. You can Google it🤘.

Here you have two choices you can either copy my vim.init file and your nvim will be like mine or You can follow ben Awad and customise accordingly.

Using My nvim configurations : My init.vim
you can copy paste or run this and everything will be installed:

Now you can ctrl+t to toggle : 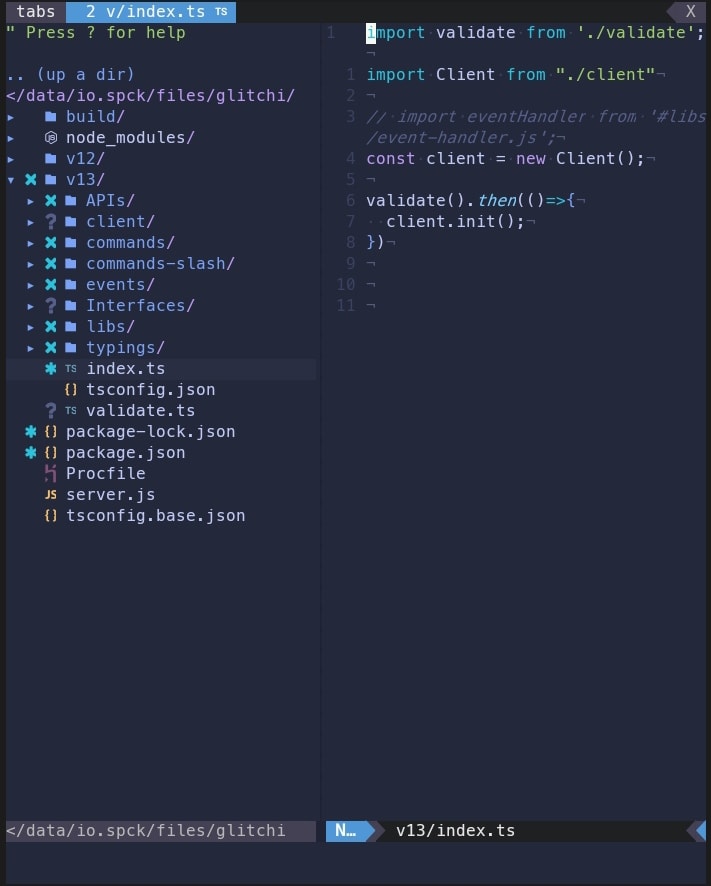 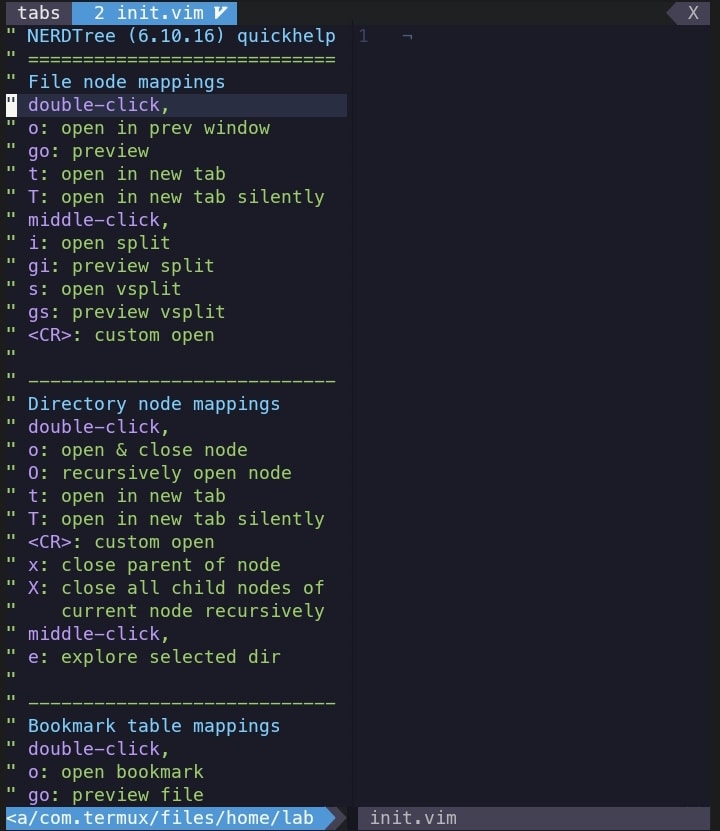 you should definitely check each plugins to check its features.

[2.4] Links to learn and Explore about nvim

How JavaScript work behind the scene

Rajnish Anand
Do Something Today that your Future Self will Thank you For.
What the hell is <!DOCTYPE html>?
#html #webdev #beginners #discuss
Side Project Sunday! What do you have going on?
#showdev #sideprojects #discuss #watercooler
Nobody talks about this in the IT world
#beginners #productivity #programming #discuss

Once suspended, rajnishanand will not be able to comment or publish posts until their suspension is removed.

Once unsuspended, rajnishanand will be able to comment and publish posts again.

Once unpublished, all posts by rajnishanand will become hidden and only accessible to themselves.

If rajnishanand is not suspended, they can still re-publish their posts from their dashboard.