If you’ve been programming for any amount of time, you would be familiar with arrays. They are the among the first data structures taught in most programming lectures/courses. For good reason too, because they are pretty easy to work with. But in case you work in JavaScript, using arrays can be made a whole lot simpler with the help of some useful higher order methods!

The reason that these are called Higher Order Methods is that they can accept/return another function. If this seems a tad bit confusing, then it’s important that you understand why functions are first class citizens in JavaScript. It is just a fancy way of saying that functions are just like any other type of data, which can be stored, accessed, passed as arguments and even returned from another method!

A quick heads up. These higher order methods will require the usage of callbacks and they will be a lot easier to write, if you are familiar with the arrow syntax of ES6. In case you’re not, you can go through the following section to see what it is. Here’s a pretty basic example:

You can convert a normal function definition into its arrow syntax counterpart, using the following steps:

Now that you have brushed up on the arrow syntax, let’s begin to understand some higher order array methods!

In case you want to see a pretty contrived example, take a look at the following example. 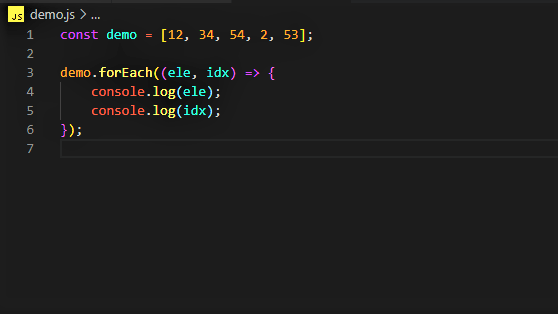 It’s slightly different to the forEach() method, but you should be able to use them interchangeably for most applications. In case you want to know about the differences, you can go through this article.

reduce() is especially useful whenever you need to compute a single value based on the data stored in an array. As the name suggests, this reduces an array into a single value, but can be a little tricky to use! The callback function that this method accepts, works on each element of the array in a way that reduces the array to a single value. The syntax is as follows:

Here, callback needs to take 2 arguments. The first argument acts as an accumulator, whose value persists throughout the process. The second represents the current value of the array.

A simple example can be to find the sum of the array elements. 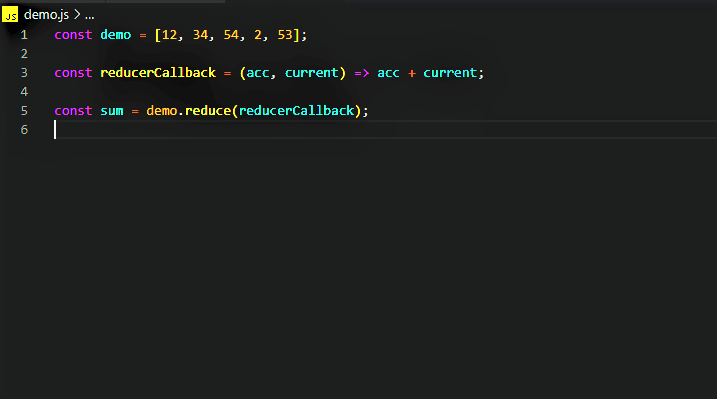 In the above example, the reduce() method has a callback function called reducerCallback (very creative, I know!). This callback needs to have 2 arguments, I called mine acc and current .

The basic idea is that the value in acc is persisted each time the callback method is executed. This means that if the reducerCallback is executed for the 2nd element of demo , then the values of the arguments acc and current are, 12 and 34 respectively. The callback then adds these two values and returns them. This returned value is now the new value stored in acc

So, for the 3rd callback execution, the values of acc and current are 46 and 54. You can see how the array’s values are being used to get to a single value.

But I also mentioned a second argument called initialVal in the syntax. This is set as the initial value of the acc variable. In case you do not specify any initialVal argument, acc will take the array element at the 0th index as its default initial value.

4 Practices to Help You Understand array.reduce() | by bitfish | JavaScript In Plain English | Medium

The next method that is used often is filter(). It is very helpful if you want to extract a sub-array from a larger array, based on some common property. The syntax is as follows

Here callback accepts an argument current which results is a boolean value being returned. Based on the return value, the current value is pushed to filteredArr.

For example, suppose you want to separate the even numbers from a given array. 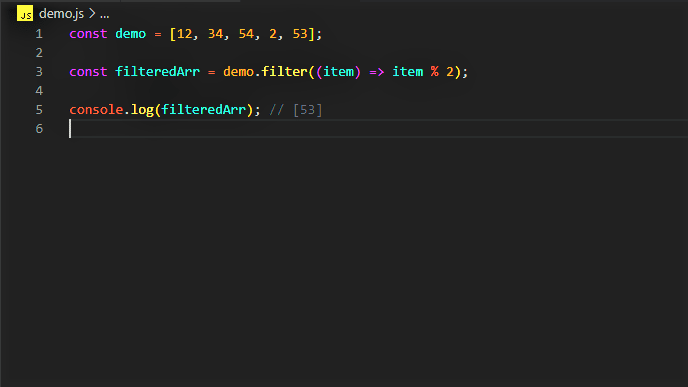 Here, the callback function is anonymous and it accepts an argument that represents the current element of the demo array. If the callback returns true then item is pushed to the resultant array filteredArr.

You can go through the following article to see some more examples.

Lastly, let’s understand a higher order method used most often. sort() is a method that doesn’t quite work like we assume it would!

You would imagine that the following code works by sorting the array in ascending order by default, right?

sort() assumes that all the array elements are String by default, and sorts the elements based on the UTF-16 code values, in case it is not passed any callback!

This is why 100 will come before 20. In order to sort an array in a more traditional way (i.e, as numbers) we will need to use a callback function as follows array.sort(callback)

The callback needs to accept 2 arguments and return a numeric value indicating how these 2 arguments need to be stored in the sorted array.

Here is an example to sort an array of elements in ascending order: 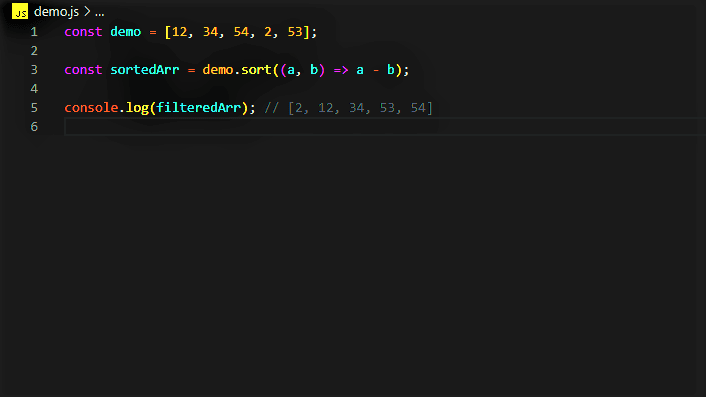 Note that callback(a, b) must always return the same value when given a specific pair of elements a and b as its two arguments.

Here a and b are the 2 consecutive elements of the demo array, which are continuously compared in the callback. Here, if you wanted to sort the array in descending order, all you need to do is change the callback to the following. 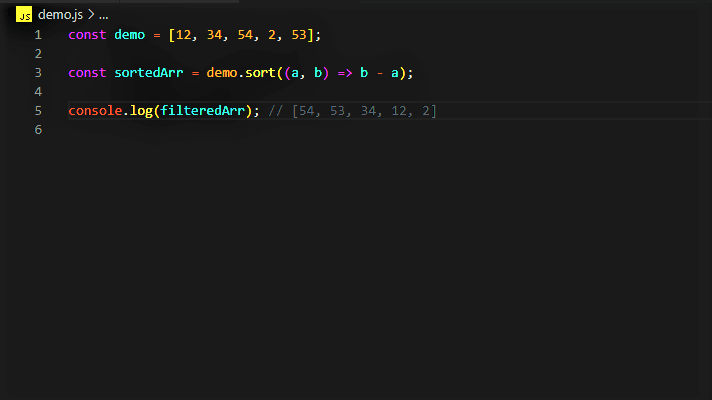 In case you want to look at more examples of how to use the sort() method, you can go through the following article.

All said and done, these methods are a sliver of all the higher-order array methods offered by JavaScript. Although these are the methods that you’ll use on a more regular basis, it is not a futile attempt to go through the rest of the methods!

In case you wish to learn more about any of these array methods, or if you want to learn some more higher order methods, I’d suggest that you go to the MDN Docs, as it provides a pretty thorough explanation of all the methods that JavaScript has to offer.