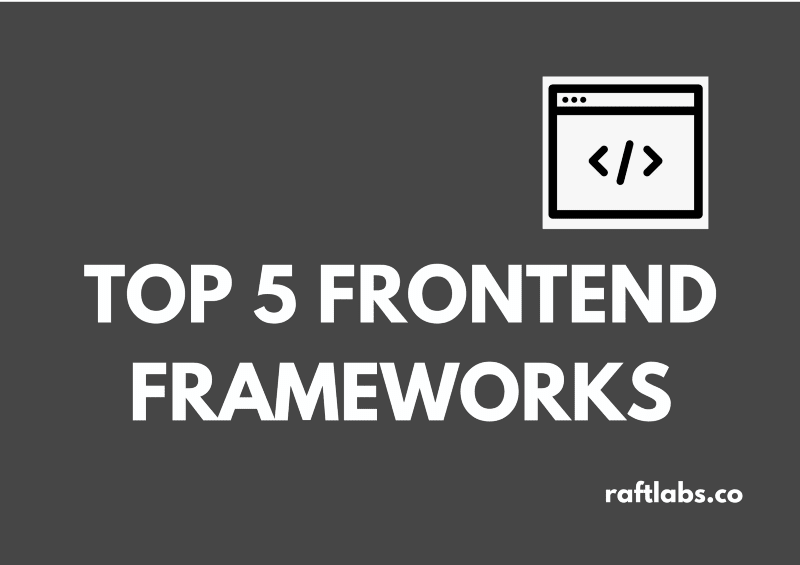 React, Angular, and Vue are the most popular among developers, which also makes them the top three frontend frameworks of 2021.

React is a frontend open-source JavaScript library used to create interactive UIs (User Interfaces), which helps improve the speed of applications. It is one of the most straightforward frameworks to learn and was developed by Facebook to resolve the code maintainability issues due to constant addition and improvements. Facebook and other individual front-end engineers still maintain it. ‍

Angular is a modern TypeScript-based, open-source framework and one of the top-rated software development tools. Angular features Directives allow developers to program special behaviors of the DOM, making it possible to create rich and dynamic HTML content. Angular has a Hierarchical dependency injection function, which makes code components highly testable, reusable, and easier to control: it helps to define code dependencies as external elements decoupling components from their dependencies.

Vue is one of the beginner-friendliest frameworks, coming with well-elaborated documentation and a supportive community. Vue has an extensive choice of tools, such as end-to-end testing tools, plugin installation systems, browser debugging tools, server renderer, state manager, and others.

jQuery is one of the earliest frontend frameworks. jQuery offers simplicity and ease to use, and minimizes the need to write extensive JavaScript codes. jQuery is used to manipulate CSS and DOM and to optimize the functionality and interactivity of a website. It enables developers to build native mobile applications with its HTML5-based UI system--jQuery Mobile. jQuery is browser-friendly and supports any browser you intend to use.

Emberjs is component-based and offers two-way data binding similar to Angular. It is designed to handle the increasing demands of modern-day technologies seamlessly. It is used to develop complex mobile and web applications with Emberjs and expects its efficient architecture to handle concerns.

Adding Translation to Your Transcription Project