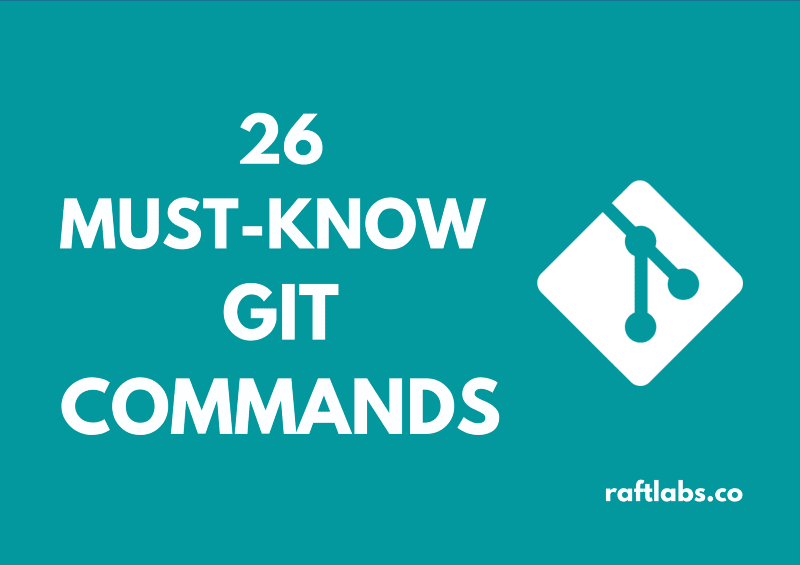 Git is a free and open-source distributed version control system designed to handle small and substantial projects with speed and efficiency. It's a system that tracks changes to our project files over time. It enables us to record project changes and go back to a specific version of the tracked files at any given point in time. This change history lives on your local machine and lets you revert to a previous version of your project with ease in case something goes wrong. Git makes collaboration easy. Knowing how to use Git is one of the essential skills for any developer nowadays - and it's a great addition to your resume!
Here we will look at some of the git commands to get you started with git.

5.Initialize a Git repo
The first step to creating your git repository is initializing it. You can initialize a git repo for a new or existing project using the following command:

To add all the files in the current directory, use the following command:

7.Check a repository's status
This command will show the status of the current repository, including staged, unstaged, and untracked files.

8.Commit changes in the editor
The standard way to commit changes made to your repo is with the –m option, which lets you specify a summary for your commit message.

You can add and commit files in one step using the following command:

To see your commit history, including all the files and their changes, type:

10.Remove tracked files from the current working tree in Git

13.Rolling back commits
Use the below command to roll back the last commit:

To revert an old commit in git:

14.Create a new branch in git
Branch allows teams to work on the same code base in parallel. If you want to add some functionality to a branch without changing the code, you can create a branch, and if your team likes the changes, you can merge the two branches. To create a new branch, use the command below:

15.Switch to a newly created branch

21.Push changes to a remote repo
When all your work is ready to be saved on a remote repository, you can push all changes using the command below:

22.Pull changes from a remote repo
If other team members are working on your repository, you can retrieve the latest changes made to the remote repository with the command below:

23.Fetch remote repo changes
This command will download the changes from a remote repo but not perform a merge on your local branch (as git pull does that instead).

25.Push a new branch to a remote repo

26.Clone a git repository
The git clone command is used to download the source code from a remote repository. When you clone a repo, the code is automatically downloaded to your local machine. To clone a git repo, use the following command:

Build, Test and Deploy your Android Application📱 with GitHub Actions 🤖