I am attempting to discover when Array.Map() function was originally included in JavaScript.

wikipedia says it was ES6 (6th Edition – ECMAScript 2015) Read the paragraph the link takes you to and you will see it mentions... "new collections (maps, sets and WeakMap)..."

Do you know when it was first added?

Answer My Own Question

Very interesting because I thought it was first added to ES6, however, I found the official ES5 (2009) Spec PDF and found the following: 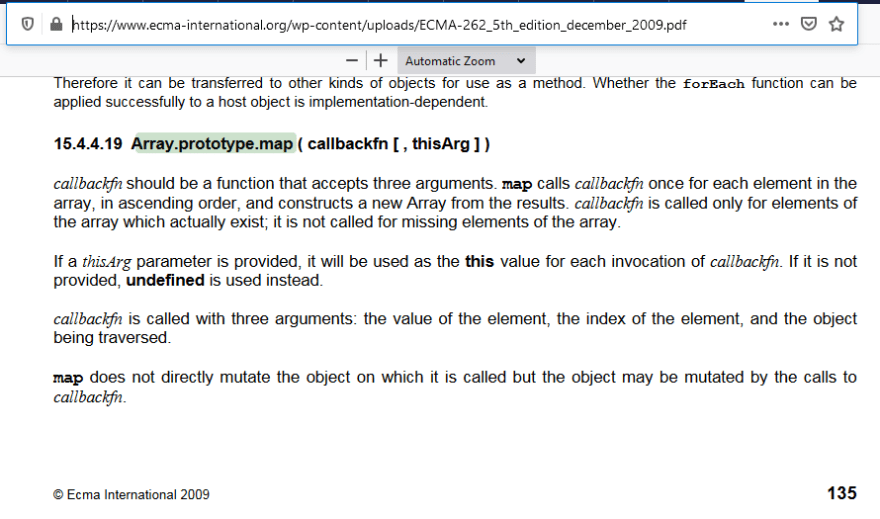 Of course, it is also defined in the ES6 Spec... 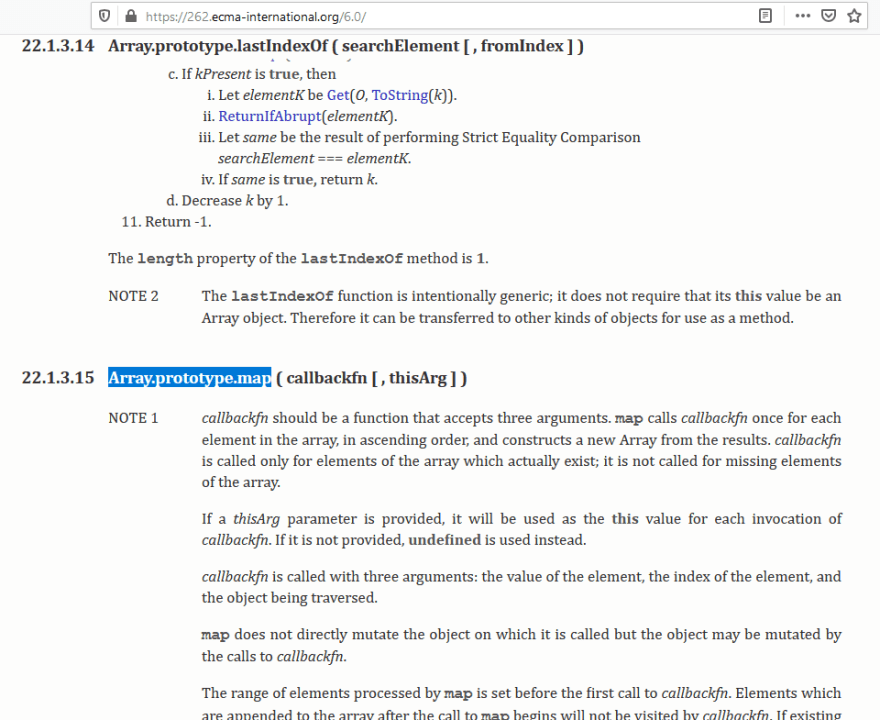 Was Just Wondering How Long It's Been Around

I had been under the impression it wasn't available until 2015, but it looks as if some browsers as far back as 2010 or so may have included it.