Server Driven UI is a way to construct dynamic UI for various apps. It adds additional responsibilities to boost the user experience. Many companies and businesses are adopting this approach to streamline the development process. With this, developers do not need to launch a different app version. We have a newly refreshed, desirable UI look in runtime.

Why Server-Driven UI Getting Response From Developers?

How does the Traditional UI Development Modification process?

The traditional UI development process consumes a lot of effort and time. It is not flexible enough to make minor updates. The remote server keeps the data, and UI code is embedded in the app.

We need to wait hours to analyze the user responses for the updated listings. The release cycle takes time to render the latest experiments.

There are many ways to implement the SDUI or Server driven user interface. We are going to mention in this post:

Primarily the Server has the control to display the components as per the request in a stack form.

Next, you can perform a quick configuration for every variation and launch it. Customize font size, image size, color, padding, and margin to make the layout appealing. You can also fix the position.

Arrange the components inside other components and configure the functionalities for different actions.

You may modify the layout from a predefined screen type. You need to pick any constraint layout or auto layout for dynamic changes.

Ways to Implement the Server-Driven UI in Android

Access the libraries to implement the latest modifications to the Server-driven UI. 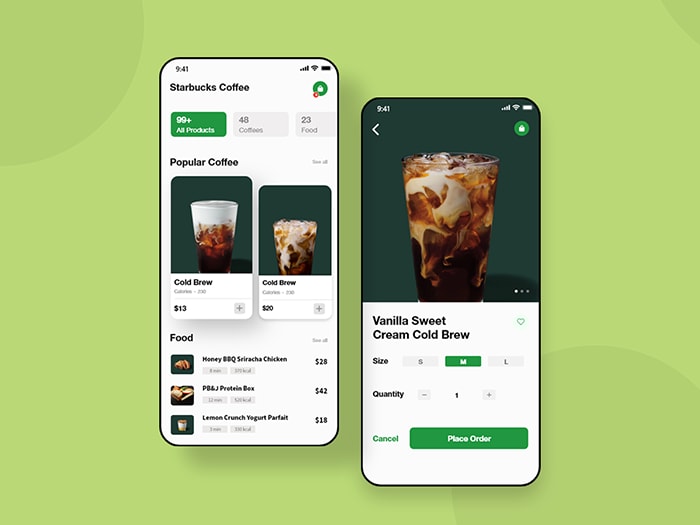 The Android team is working on an ultimate library to help the developers with SDUI. Moreover, it will upgrade the UI/ UX design and give a thrilling experience. It is in its initial development stages and will be available soon.

It is based on the Kotlin languages and reduces the dependency on traditional XML Formats. You can easily understand things and call the desirable functionalities through simple declarations. It makes your UI layout experience convenient and keeps everything concise.

With this Android, the team has the vision to be independent and launch their native library. So we do not have to rely on any third-party libraries.

Listing some advanced frameworks accessed to develop the Server driven UI in android. It gives relief from complete review cycles.

It is a versatile open-source framework launched and inherited by Facebook. Litho manages the functionality of various versions. It is an efficient framework that facilitates the smooth and rapid scrolling experience. Facebook Lite, Messenger, and Workplace all are functioning, accelerating their performance with Litho.

It manages the proper optimization of immutable components and their rendering on the actual screen. It follows a small view hierarchy model to group the components. We have the flexibility to reuse the views for various features for future modifications.

Epoxy has made a place as a dedicated android framework. It can eliminate the complexity of UI layout designs. It gives you the liberty to push frequent updates of any app version. Airbnb launches it to manage the most out of work for developers.

It is a JSON-based open source framework library or Server driven UI to modify the layout for Android Apps. Additionally, it gives you accessibility to make dynamic changes for real-time UI. It has inherited similar functionalities as LayoutInflator. You can purchase it online from any website and avail for the developers to design innovative project ideas efficiently.

It is available as an APK to gain complete control over app interface layouts. You can also access runtime data binding. Thus, transform your imagination into real-time custom views and rendering. It is also available in JSON format.

Greywater is also JSON based framework for designing the performant lists. It decomposes the complex views and simple manners and makes the data rendering and mapping convenient.

Main Features of Greywater:
Faster scrolling, performance, and low memory usage with a modular codebase.
With this, you get direct access to map the data models with view holders.

One of the standard responsive implementations renders the data and user interface separately. There is no repetition of presentation markups that reduces the server response time.

Two-phase rendering gives us extensive control over the app user interface and highlights the lists per the server response.

Give a break to the entire development review cycle. Everything is managed dynamically. SDKs contain all the logic or methods. All these things are essential to render the user interface. All these logic will go through the review process and then integrate with the app.

Judo facilitates the developers to access Server driven UI implementations. It's the best app to access desirable customization for a rich user experience. You can modify any part or Component of the apps and give them a stunning look for better user engagement.

Server Driven UI implementation is a bit expensive. Many product-based companies have tools and platforms to implement the Server driven UI.

That's all for now pick the one to accelerate the faster updates for android apps!