Bi-encoders are probably the most efficient way of setting up a semantic Question Answering system. This architecture relies on the same neural model that creates vector embeddings for both questions and answers. The assumption is, both question and answer should have representations close to each other in the latent space. It should be like that because they should both describe the same semantic concept. That doesn’t apply to answers like “Yes” or “No” though, but standard FAQ-like problems are a bit easier as there is typically an overlap between both texts. Not necessarily in terms of wording, but in their semantics. 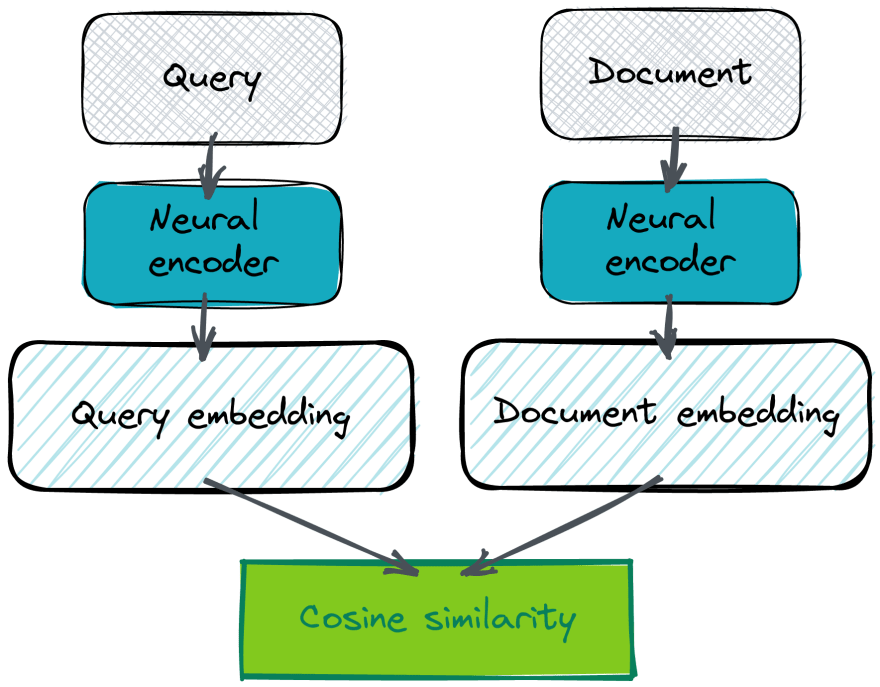 Read more in the article by Kacper Łukawski.

How to Dockerize a Django and React Application

What are the best programming languages in 2023?

Qdrant
Question Answering with LangChain and Qdrant without boilerplate Full-text filter and index are already available! Storing multiple vectors per object in Qdrant

Once suspended, qdrant will not be able to comment or publish posts until their suspension is removed.

Once unsuspended, qdrant will be able to comment and publish posts again.

Once unpublished, all posts by qdrant will become hidden and only accessible to themselves.

If qdrant is not suspended, they can still re-publish their posts from their dashboard.

Once unpublished, this post will become invisible to the public and only accessible to Alyonkka.

Thanks for keeping DEV Community 👩‍💻👨‍💻 safe. Here is what you can do to flag qdrant:

Unflagging qdrant will restore default visibility to their posts.