In this post I explain how I built a webhook management system with MongoDB triggers and functions. This is part of mongodb atlas hackathon here in dev.to

Webhooks are still a preferred choice of many organizations to communicate with 3rd party services. Since webhook calls are event-driven, if we use MongoDB Atlas as our database solution, we can use the features like triggers and functions to build a low code webhook management system. In this project, I showcase how to build such system with MongoDB Realm.

You can find the source code of the application at https://github.com/pubudusj/webhook-management-with-mongodb/

You can see a fully functional demo at
https://webhookmanagement-gfbga.mongodbstitch.com/ 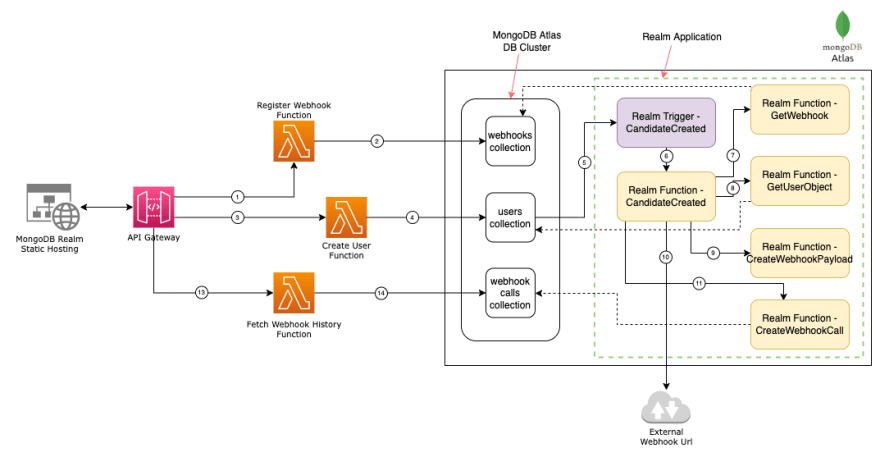 There are 3 parts to this implementation.

How to Set up 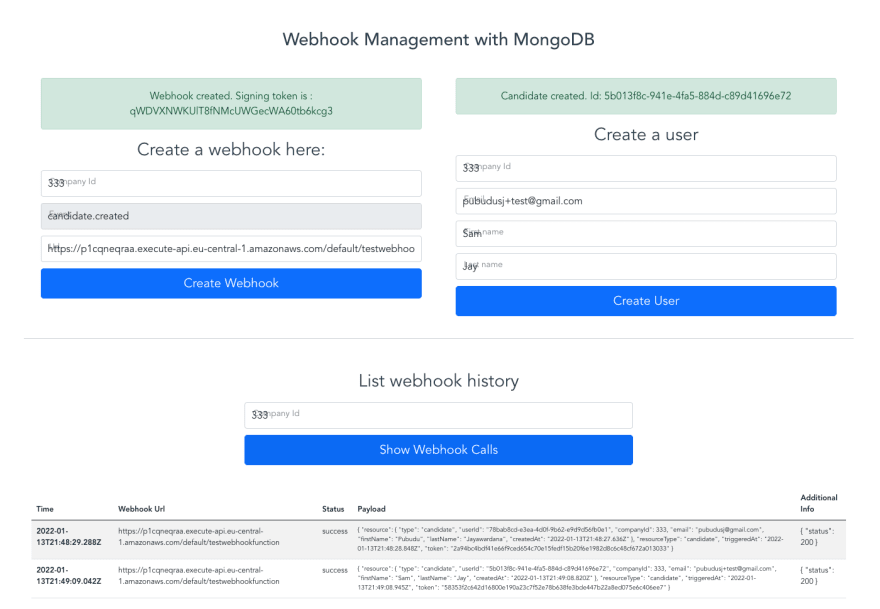 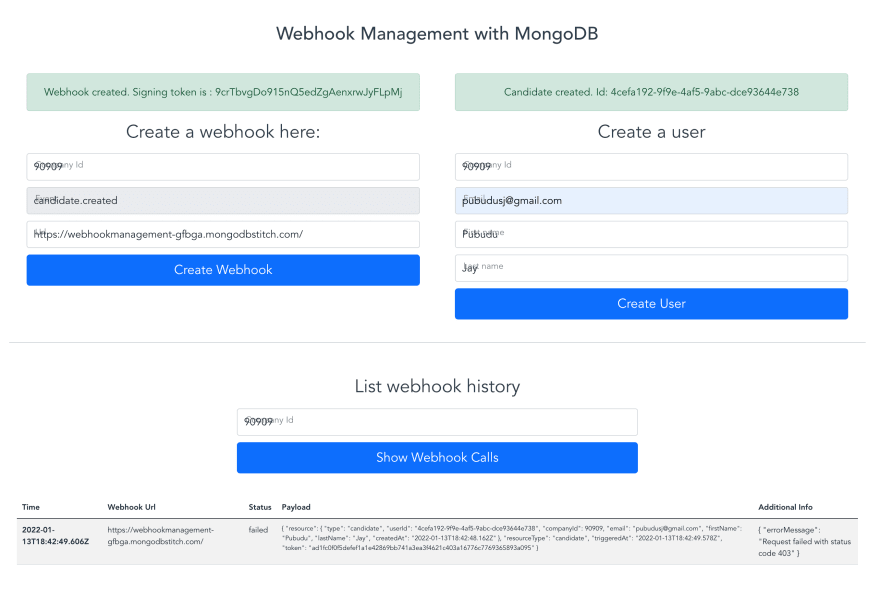 Overall, Atlas and Realm provides great experience in terms of developer experience and performance. There are few thing I would like to see in future.

Rickroll your friends with Python🐍

Create README files for your project in 30 seconds ⚡