When I was younger I used to think that my profile website would be a really cool, fully featured website, with shiny colors and animations; built with the latest cutting edge frontend technology...
Turns out that the older I get, the more I prefer a simple terminal. No UI, just text and commands. 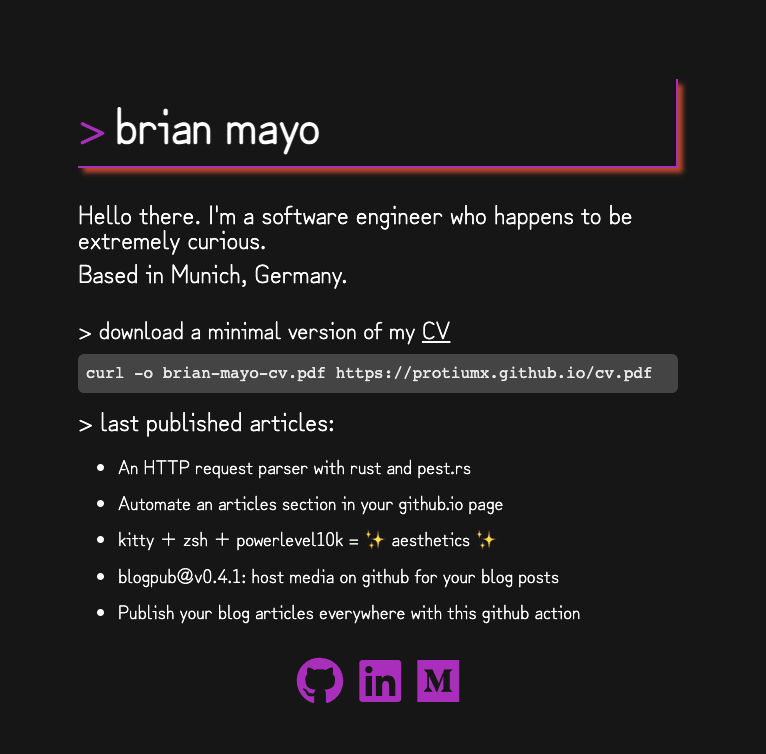 It was already pretty minimalistic, right? But not enough. Now my profile website is just a terminal: 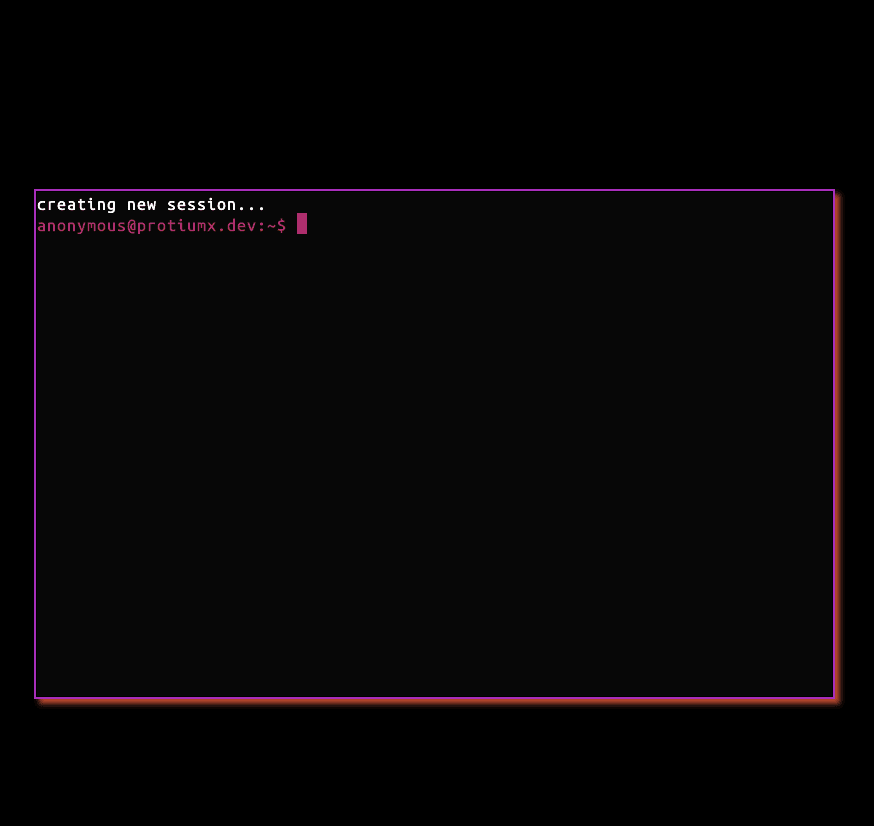 Let's see how this was possible.

A few days ago I was shaping this idea on my head and found this cool library: xterms. It's been used by a lot of apps, VS Code being among them. I decided to give it a try to see how complex could it be, so I headed to the docs and started adding the code to my website. As you can see the docs are pretty good, they are surely autogenerated from TS docs but this is good because it means the code itself is well documented.

Before starting coding I set a few requirements:

Then, how do I install xtermjs without using npm? The solution is simple, I host the files. I extracted the files from the npm packages with this command

and moved package/lib/xterm.js into app/

To use javascript modules, I just needed to import the main.js file as module

The runner will return false if a command was not found.
Let's now define 1 command:

Now that we shaped the command, we can think of handling user input.

The terminal should support:

With this in mind we can start handling the user input.

xterm provides a onKey event which receives a handler function ({ key, domEvent }) => void, so we receive an event per each key press done by the user. This means that we need to track the user input and add each key as a char. When the user presses enter we should evaluate the input we have so far. Pretty straigt forward

NOTE: xterm doesn't render the user input, so we need to do it when it makes sense (not enter, not an arrow key, etc)

Handling the clear-screen can be implemented as

At this point we have a pretty basic working terminal, so let's add some more commands

What are the most known commands? For my terminal I want to be able to use cat, ls, rm, exit. But remember that this terminal is actually my profile website, so they should make sense in that context. So I decided the terminal should have a file system, where files are shaped like

With this in mind, cat will print the file content, ls will print each file's name and rm will delete the file from the array.

For the exit command we can just close the window from javascript: window.close().

I have decided that I wanted to have a file named blog.md which should contain my last 5 posts.
To fetch this info, I used the RSS feed xml file generated by hugo for my blog. All I need to do is to fetch the file, parse the xml document and get the title and links of each post:

Now cat blog.md prints my last 5 posts, and thanks to the web link addon of xterm each link is clickeable. Noice.
But why stopping here? Every hackerman terminal should have a whoami command. So this command will just print information about my self.

Also, cool web apps contain photos of cats, so I decided to write a randc command what will open a random photo of a cat.
For this I found this amazing rest API

I think this should do it for a profile terminal. I'm very satisfied with the simplicity of it and the commands I have implemented.
I'll problaly add more commands in the future and also implement streams , just for fun.

What command would you add to your profile terminal?
Go have some fun with it: https://protiumx.dev

I have refactored the project structure to improve readability and make it more generic.
It also loads your command history from the local storage. All the changes can be seen here: https://github.com/protiumx/protiumx.github.io/pull/1

Array of Object Manipulation in JavaScript

Once suspended, protium will not be able to comment or publish posts until their suspension is removed.

Once unsuspended, protium will be able to comment and publish posts again.

Once unpublished, all posts by protium will become hidden and only accessible to themselves.

If protium is not suspended, they can still re-publish their posts from their dashboard.