In the more than 15 years of Fiddler's history, it's become one of the most popular Telerik products. Fiddler has also become a victim of its own success, as it has A LOT of distinct features for A LOT of different types of users! 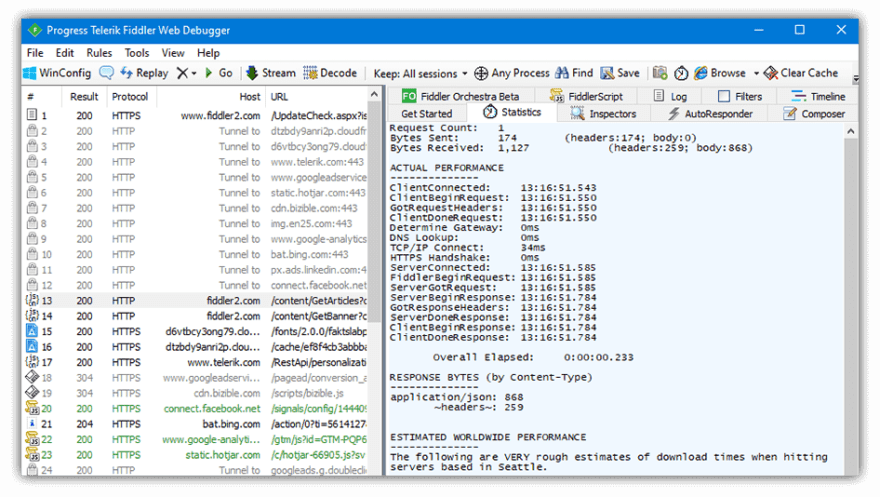 Long-time users of Fiddler are ok with this, should we say, "cluttered" UI. They know where their features are and how to use them. And you know what, Fiddler is popular because what it does, it does very well.

There are some things that Fiddler "Classic" (what we term the current Windows-only version of Fiddler) doesn't do well though. It's not especially inviting to new users due to the aforementioned complicated UI. It also isn't easily accessible to the growing base of web and desktop developers on macOS and Linux.

Suffice it to say, Fiddler Classic isn't going anywhere. You know it, you love it, and we will continue to support it.

Those of you who have been using Fiddler for a long time might be curious about exactly which features are migrating to Fiddler Everywhere, where they are, and how you use them.

One of the primary uses of Fiddler is to inspect HTTP/HTTPS traffic to and from browsers and desktop apps. This is a critically important feature for Fiddler users, so it was a no-brainer feature to add to Fiddler Everywhere. 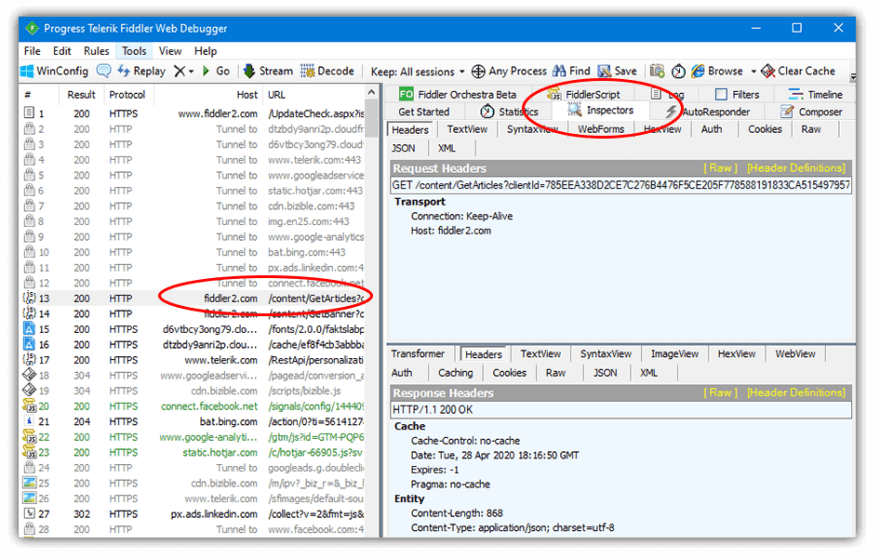 Fiddler (both Classic and Everywhere) can log all traffic between your device and any remote endpoint. Any application on your computer that supports a system network proxy (all modern browsers and likely any desktop app you are developing) can have its network traffic monitored and debugged.

Fiddler Classic allows you to dive into the details of any specific network request, including: 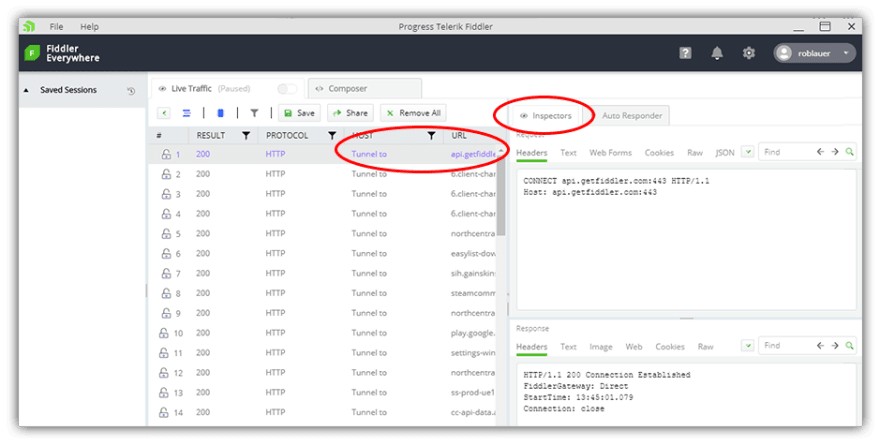 Modern apps are oftentimes powered by separate remote APIs. Tools such as Postman are widely used to help test and debug these remote API endpoints.

Fiddler Classic provides an API composer, similar to what can be accomplished with Postman: 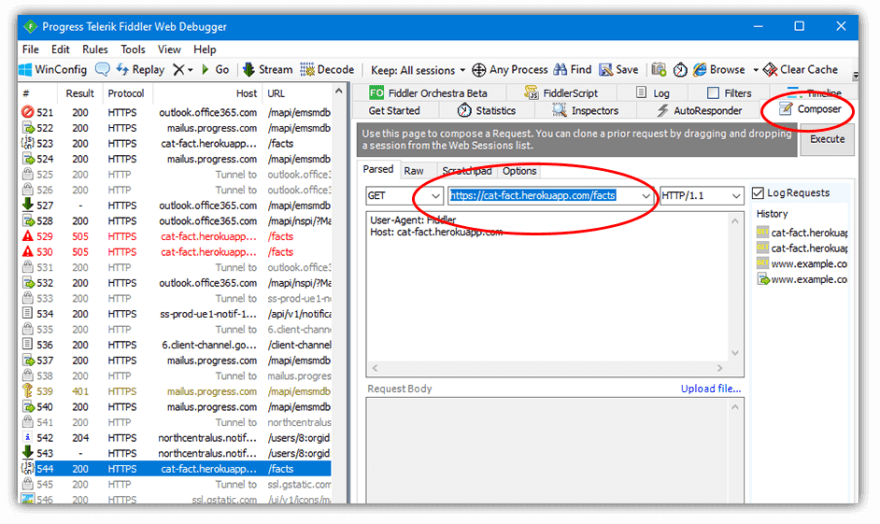 With Fiddler Everywhere, we've seen how critical this piece of functionality is in your debugging workflow. So not only have we included this feature from Fiddler Classic, but we have improved upon it:

With Fiddler Everywhere, you can edit headers and add parameters to your requests. For instance, if you want to hard code in your authorization test key, you can now do so!

One of the most useful features of Fiddler (in this writer's humble opinion) is the Auto Responder. Using Auto Responder, you can set up rules to alter specific requests and test out a myriad of debugging scenarios. You can use local file assets instead of transmitting requests to the server and answer questions like:

Auto Responder is back (with a vengeance) in Fiddler Everywhere! Not only can you construct your rules in a more elegant and intuitive manner, but you can also stack and re-order rules to provide a fully customized means of responding to complicated requests. 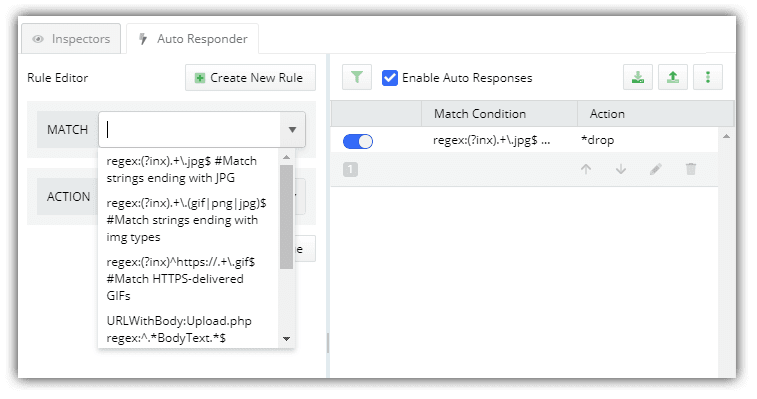 But [Insert Feature Name] is Missing!?!

Clearly Fiddler Classic is chock-full of features it has accumulated over its 15 year lifespan: 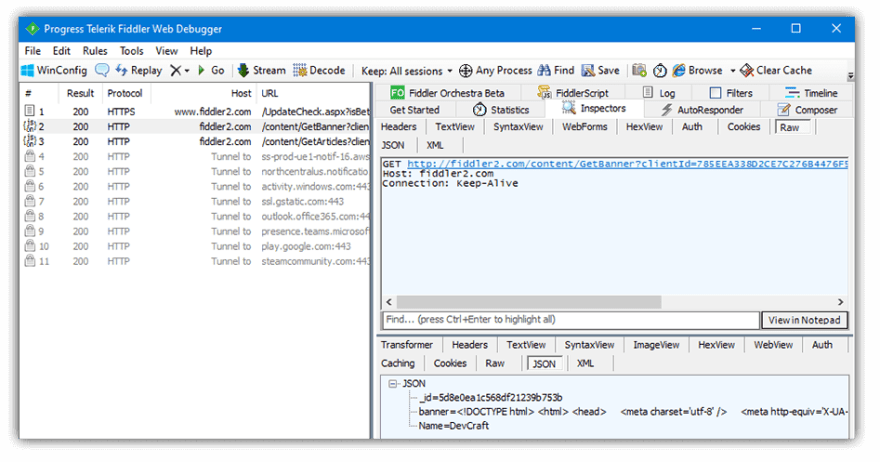 There is quite literally no reason to wait! Especially if you are already on macOS or Linux, download Fiddler Everywhere today and take a spin through the features available. Over the forthcoming weeks and months you will start to seeing more significant improvements in the usability and feature set of Fiddler Everywhere.