"Git for Windows provides a BASH emulation used to run Git from the command line.

*NIX users should feel right at home, as the BASH emulation behaves just like the "git" command in LINUX and UNIX environments."
Git For Windows

"..Linux users should feel right at home.." - Running git commands is quite straight forward, but what about running 3rd-party Windows binaries, and make them available in Windows Git Bash?

To make sure we're on the same page - when I refer to binary files, I mean Windows executable (*.exe) files.

A possible solution to that is adding the binary file to PATH, but what if there's a simpler solution?

Sometimes I work from home on my Desktop machine which has Windows installed on it.
I need the ability to run aws-vault in Git Bash terminal, while using Visual Studio Code.
Since aws-vault doesn't come out-of-the-box with Git Bash, I am seeking for a simple solution.

I'm going to show you how we can supply the demand by presenting two examples.

And of course, let's take aws-vault for this example, a binary file that doesn't have any dependencies on other data.

We've made the command aws-vault available because we copied the file aws-vault.exe to the /usr/bin/ folder. All binary files that reside in this folder are available in Windows Git Bash, from any current working directory.

And of course, you can do the same thing with Terraform. Download Terraform for Windows (I'm using 64bit). Extract terraform.exe from Zip file and copy to C:\Program Files\Git\usr\bin\.
Voila! You can now use terraform in Git Bash.
As long as you run Terraform in Git Bash, there's no need to add anything to PATH, since we're using Git Bash /usr/bin executables instead of using Windows's environment variables.

It's going to be a bit trickier, but once you truly understand how it works, you'll be able to implement this method with any library of binaries.

Let's take apache2 for this example. First of all, we need to Google for Apache's Windows release Clicking the first search result got me here Apache for Windows 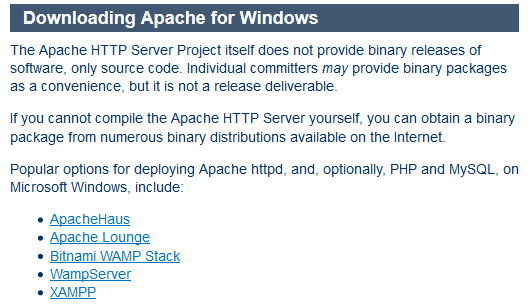 Important! I chose to download ApacheHaus 2.4.41 x64, no need to install Bitnami WAMP Stack or WampServer, we only need the binaries. Another alternative would be Apache Lounge

And now for the recipe

Get paid IRL: How to accept money with Stripe Terminal (Part 2/4)

ProdOps
Fusion of Engineering and Operations