I was having a conversation with a friend who is studying Quantum Programming as a part of his Masters degree. As he described the concept of state entanglement to me, I started to feel like the concept is very close to Redux and state management on the web. So, I wrote this post to elaborate some of my thoughts.

What is a quantum programming language?

A quantum programming language is really a specific type of machine code targeting a quantum computer, which is based on quantum mechanics compared to classical mechanics.

A classical computer has a memory made up of bits, where each bit is represented by either a 0 or a 1.

A quantum computer, on the other hand, maintains a sequence of qubits, which can represent a 0, a 1, or any quantum superposition of those two qubit states. 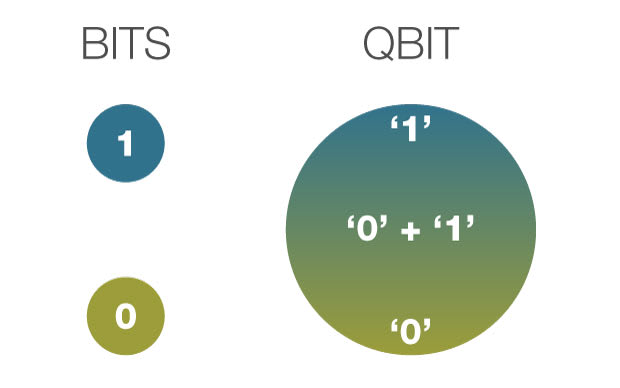 Quantum computers may be able to efficiently solve problems which are not practically feasible on classical computers, and thanks to the Church–Turing thesis, we know that a classical computer can technically simulate a quantum algorithm.

IBM has unveiled it's cloud quantum computer for public use, Microsoft has revealed the Q# quantum programming language, and D-Wave Systems partnered with NASA to release the D-Wave-2. It looks like Quantum Computing is becoming a reality!

Since quantum programming is based on quantum mechanics, it benefits from some of the cool phenomena associated with it.

Quantum entanglement is a physical phenomenon which occurs when a group of particles interacts in ways such that the quantum state of each particle cannot be described independently of the state of the others, even when the particles are separated by a large distance.

Let’s say we have two particles A and B. Both particles are in superposition of possible states — in this case they both turn red and blue at the same time. If we measure the colour of A, and it picks red, and someone else an instant later measures B — B will always be blue.

Entanglement means that somehow B knew, instantaneously, what A picked, regardless of the distance between A and B. 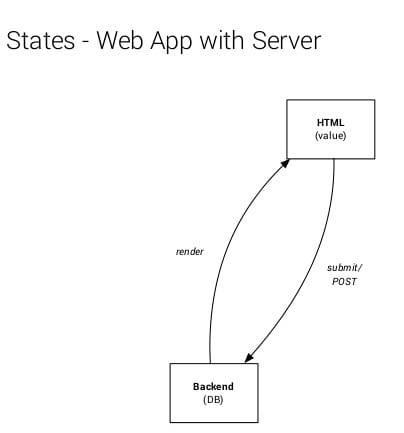 In web applications today, we face a similar challenge in maintaining the same state on the front end and the back end. With growing use of various modern hacks such as Redux/Flux, it is clear that we need a more elegant solution to state management across physical distance.

How is the actual data represented? This is done based on a process called superdense coding. Superdense coding is a method of sending two traditional bits of information (00, 01, 10, or 11) using a single qubit.

Lets assume the state of our web app is encoded into an array of such qubits. Our goal would be to entangle the state from the server side with the state on the client side.

The combination of these two quantum logic operations brings our pair of qubits to a Bell state.

The Bell states are specific quantum states of two qubits that represent the simplest examples of quantum entanglement.

The following code can really only run on a quantum computer :P

Quantum programming is still a highly theoretical field, and we won't really see the performance improvements from it until we build a much more practical quantum processor. However, I hope that being more aware of the paradigms makes you have more to worry about in your future work and projects. :D

Some of my favourite fonts on Google Fonts

What have you Lost and Gained with Front-end Complexity?

My unrealistic wish-list for Perl 7.x

Pranith Hengavalli
I make (soft)robots, games and fullstack software for enterprise.
Why are you using 'git pull' ?
#git #productivity
Have you ever used services like Fiverr?
#watercooler #webdev #productivity #fiverr
Do I need to do private side projects to be/become a professional web developer?
#webdev #codeiscolorful #discuss #career