Kubernetes, which was first released on June 7th, 2014, has quickly established itself as the de facto industry standard for orchestrating containers. According to Red Hat's State of Enterprise Open Source 2022 report, 70% of the 1,296 IT leaders polled said their organizations use Kubernetes.

This figure is expected to rise further, as nearly one-third of the polled IT leaders said they planned to significantly increase their use of containers over the next 12 months, and there have been over a million downloads of this particular tool so far.

But what exactly is Kubernetes? How does it work? And why should you care about it? In this article, I'll try to answer those questions—and more!

Kubernetes is an open source container management system. It was originally developed by Google engineers to help them manage large-scale containerized applications, and it has since become the most popular solution for running containers in production. 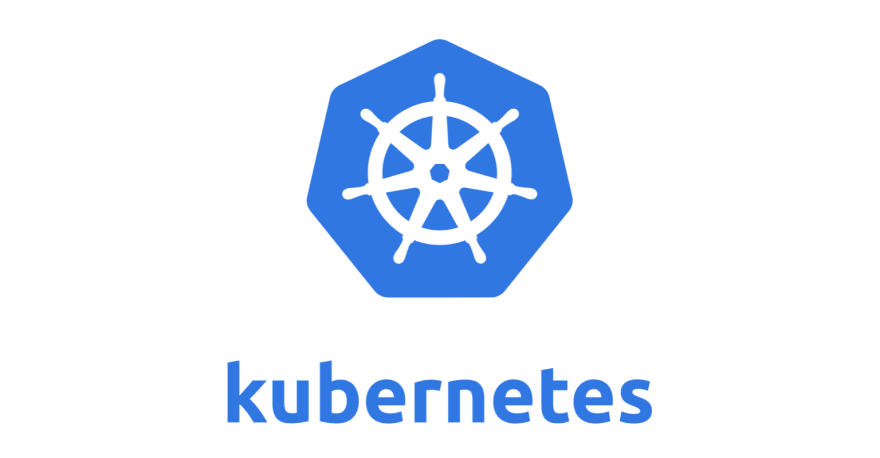 Kubernetes is a platform for running containerized applications. It's designed to make it easier to deploy, scale, and manage those applications—which are usually made up of multiple containers that work together to provide features like web serving or data processing.

Kubernetes can be thought of as a distributed system for managing containerized applications at large scale. Kubernetes clusters are made up of one or more master nodes that control worker nodes, which run tasks on behalf of clients through API requests sent over HTTP or gRPC protocols.

The master node(s) manage and schedule the containers that make up each application. APIs are provided for monitoring, logging, and diagnostics, as well as configuration for applications running on the cluster.

Is Kubernetes built on top of other open source projects? 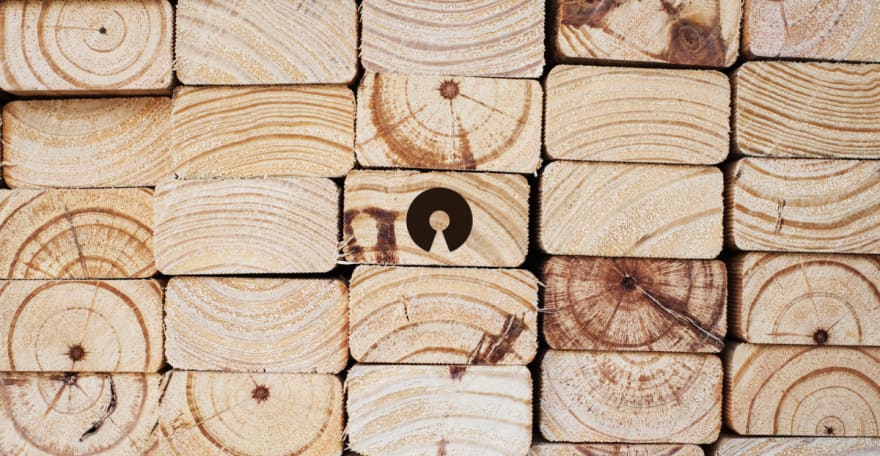 Kubernetes was originally developed by Google and donated to the Cloud Native Computing Foundation(CNCF) in 2015. Red Hat took over as the maintainer of Kubernetes 1.10 through 1.13 releases and then released version 1.14, which marked a new beginning for Kubernetes as a fully community-owned project. It is now maintained by a community of developers and users around the world.

How does Kubernetes work?

Kubernetes is used for automating the deployment, scaling, and management of containerized applications. It supports multiple platforms and infrastructure providers.

Kubernetes also provides a lot of features that make it easier to manage your cluster of containers. It includes a built-in UI interface, allowing you to manage everything from a single location. It also has automatic recovery and self-healing capabilities, so if something goes wrong with one of your nodes (like an outage), Kubernetes will automatically restart it when the issue is resolved.

Not only that, it is also highly configurable. You can use it to deploy any type of application, from web servers to databases. It has support for many different cloud environments, including Google Cloud Platform (GCP), Amazon Web Services (AWS), and Microsoft Azure.

What and why containers?

Before we dive deep into kubernetes, let's talk about containers first..... 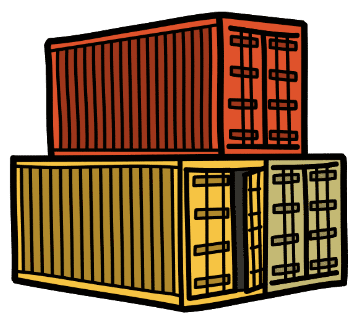 Containers are a way of packaging and running applications in a portable and isolated environment. They allow applications to be run in a consistent and predictable manner, regardless of the underlying infrastructure. This makes it easier to develop, test, and deploy applications, as well as to run multiple applications on the same host without them interfering with each other.

Containers have become popular recently because they provide a number of benefits over traditional deployment methods. For example, they are: 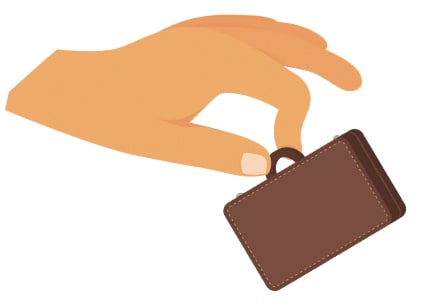 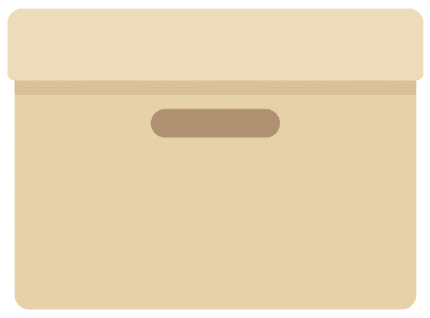 The level of isolation provided by containers can vary depending on the container runtime and the specific configuration of the container. Some container runtimes, such as Docker, provide a high level of isolation by default, while others may provide more limited isolation. However, in general, containers are designed to provide a certain degree of isolation to ensure that they can run independently and reliably. This makes it easier to set up and manage complex infrastructures with many different applications, all running on the same host. You can also run multiple containers on the same hardware with minimal overhead since they're isolated from each other.

How do containers compare to virtual machines?

Containers are more lightweight than virtual machines (VMs) in that you don't need to run an entire operating system. Containers are also more portable, as they're typically created from a Dockerfile or other source code and can be moved around easily on your machine.

Containers are more efficient than virtual machines because they allow you to send just the right amount of data over the network. This is especially important for microservices, which need to share resources but often can't because different users have different needs (like different database sizes).

Containers are more scalable than virtual machines because it's easier to increase their size as needed; all one has to do is allocate more resources (RAM) and/or CPU cycles when deploying new containers onto existing hosts with Kubernetes' replication controller feature set built-in for this purpose!

Containers are "kind of" safer than virtual machines because there isn't much that can go wrong with them while they're running. For example, each container instance can start new processes while also handling requests from programs running outside of that container instance using its own IP address. This is very different from how things are handled inside a virtual machine, where processes running on the same host share resources with one another.

With containers, you can achieve true cloud portability

Containers can indeed provide a high degree of portability and allow applications to be easily moved between different environments. This is one of the key benefits of using containers, as it enables organizations to develop and deploy applications consistently and predictably, regardless of the underlying infrastructure.

Containers provide this portability by packaging the application and its dependencies into a self-contained unit that can quickly move and run on any host with the necessary container runtime. This means an application can be developed and tested on one system and then run in production on another without any changes or modifications.
Additionally, containers are designed to be portable and run on various infrastructures, from on-premises data centers to public clouds. This allows organizations to choose the best environment for their applications and to move them between different environments if needed quickly.

Rise of containers is promoting adoption of Kubernetes

The rise of containers has indeed played a significant role in promoting the adoption of Kubernetes. Kubernetes is a container orchestration platform, which means that it is designed to manage and deploy large numbers of containers across a cluster of machines.
As containers have become more widely used, there has been a growing need for effective ways to manage and deploy them at scale. This has led to the rise of Kubernetes and other container orchestration platforms, which provide the necessary tools and features for managing and deploying large numbers of containers.
Additionally, Kubernetes has been designed to work seamlessly with containers and to provide a consistent and predictable way to run and manage containerized applications. This has made it an attractive choice for organizations using containers and looking for a powerful and flexible platform for managing and deploying their applications.

Primary components that make up kubernetes

Other key components of Kubernetes include the etcd distributed key-value store, which is used for storing the cluster's configuration and state; the kubelet, which is the primary agent that runs on each Node and manages the containers; and the kubectl command-line interface, which is used to interact with the cluster and manage its applications.

Kubernetes has several game-changing implications for how applications are developed, deployed, and managed. Some of the critical implications of Kubernetes include the following:

These skills are becoming increasingly important for software engineers and other IT professionals.

Kubernetes can help with Orchestration and Deployment

Kubernetes can help with orchestration and deployment in several ways. Some of the key ways in which Kubernetes can assist with these tasks include:

Overall, Kubernetes is designed to provide many benefits for orchestration and deployment and help organizations develop, deploy, and manage applications more efficiently and reliably.

To set up and install Kubernetes from scratch, you will need to complete the following steps:

For more detailed instructions on how to complete each of these steps, see the Kubernetes documentation. It would be best if you started with the "Getting Started" guide, which provides step-by-step instructions for setting up a simple Kubernetes cluster.

Google, Amazon, and Microsoft are all getting behind Kubernetes

Kubernetes has been around for years, but it has only recently gained popularity as a tool for managing cloud-native applications. It's also become a way for vendors to differentiate themselves from their competitors and gain an edge in the highly competitive cloud market. Yes, Google, Amazon, and Microsoft are all supporting Kubernetes in various ways.

Overall, Kubernetes is a powerful tool that can greatly simplify the process of deploying and managing containerized applications in the cloud. It's a game-changer because it allows developers to build, deploy, and manage their applications in a more efficient and cost-effective way, without having to worry about the underlying infrastructure.

Hopefully, this article has helped you understand what Kubernetes is and why it’s an important technology. I have covered all the basic concepts(not all but just a brief concept) of Kubernetes along with its key features—now it’s time for you to go ahead and try out some of these things for yourself. Begin here!

Learn more about Kubernetes in depth👇

Once suspended, pramit_marattha will not be able to comment or publish posts until their suspension is removed.

Once unsuspended, pramit_marattha will be able to comment and publish posts again.

Once unpublished, all posts by pramit_marattha will become hidden and only accessible to themselves.

If pramit_marattha is not suspended, they can still re-publish their posts from their dashboard.

Thanks for keeping DEV Community 👩‍💻👨‍💻 safe. Here is what you can do to flag pramit_marattha:

Unflagging pramit_marattha will restore default visibility to their posts.