This is an introductory article over Linux, will be coming up with some great stuff I have collected. 😁😁
Save it and get connected with me on Twitter.

Don’t worry, I got you covered !
You are at the right web-page.

Like obviously, nothing is perfect, but Linux just stole my heart (uhmm metaphoric but kinda felt good).

Okay so first things first.
(I promise I won’t bore you & will keep things simple)

Think of Linux as an Ice-Cream, The core team (Linus Torvalds ++) developed the “Linux Kernel” say the Vanilla Icecream, and various organisations, companies people made their own flavour of it.

Even you can make your own flavour of Linux, as the Kernel is Free and opensource!

So a few very popular flavours (officially called distributions or just “distro” to look cool) you might have heard of.

There is always a debate in the Linux community about which is the best distro, but in my opinion, every distro is best in it’s own way !

Just don’t think of Linux just being bare bones command line stuff only, It now has full-fledged GUI, in some cases even beating Windows!

And many more, of-course there are some downsides as well, sometimes a bit intimidating for new users, non-tech people..but organisations are working on this as well.

Some Links related to installation here

The best thing about Linux is simply it’s Terminal !!
If you are going into Computer Science or any sort of software development, you must know Linux, it’s actually important.

Another really cool distro I found was Garuda Linux.

You have any low spec machine?

if Yes, Linux is just life saver for you, trust me, some "LITE" distros are just amazing and can bring you slothy device back to life ! 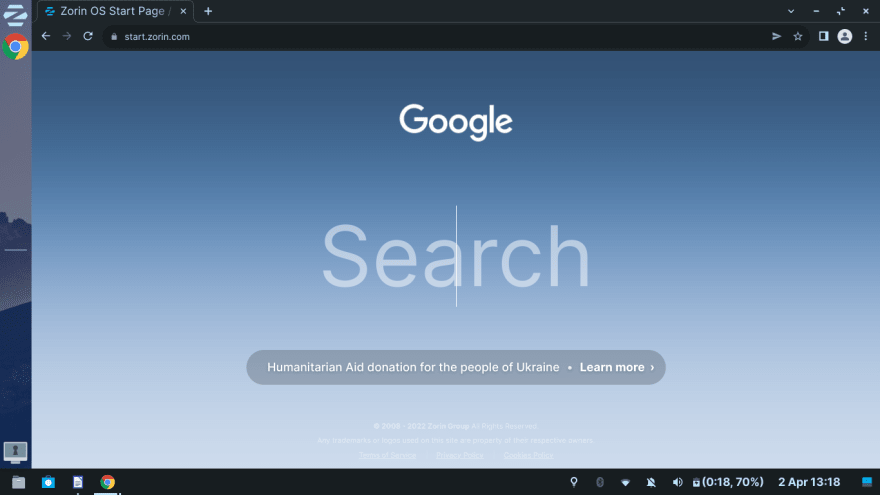 Here's my Zorin Lite, I customised a-lot, but it's so good.

Stay tuned with this series, Next I'll be writing about some really good commands you should know and later some really fun and cool commands I found out recently myself !

Kitty - a fast and sleek terminal emulator for Linux

How to Install LAMP(Linux Apache Mysql PHP) on Ubuntu 20.04(AWS-EC2)

Once suspended, prakhart111 will not be able to comment or publish posts until their suspension is removed.

Once unsuspended, prakhart111 will be able to comment and publish posts again.

Once unpublished, all posts by prakhart111 will become hidden and only accessible to themselves.

If prakhart111 is not suspended, they can still re-publish their posts from their dashboard.

Once unpublished, this post will become invisible to the public and only accessible to Prakhar Tandon.

Thanks for keeping DEV Community safe. Here is what you can do to flag prakhart111:

Unflagging prakhart111 will restore default visibility to their posts.