My goal with Polypane is improving the workflow for developers and designers. The main focus is of course developing an excellent browser for developers and designers, but I’m also developing online tools that help out during development. Two of them online now are a CSS specificity calculator, and a color contrast checker. Both of them go way beyond what you expect from these types of tools.

CSS specificity can be tricky to understand and while there are many places online that explain it, figuring out the specificity of a CSS selector can be difficult. 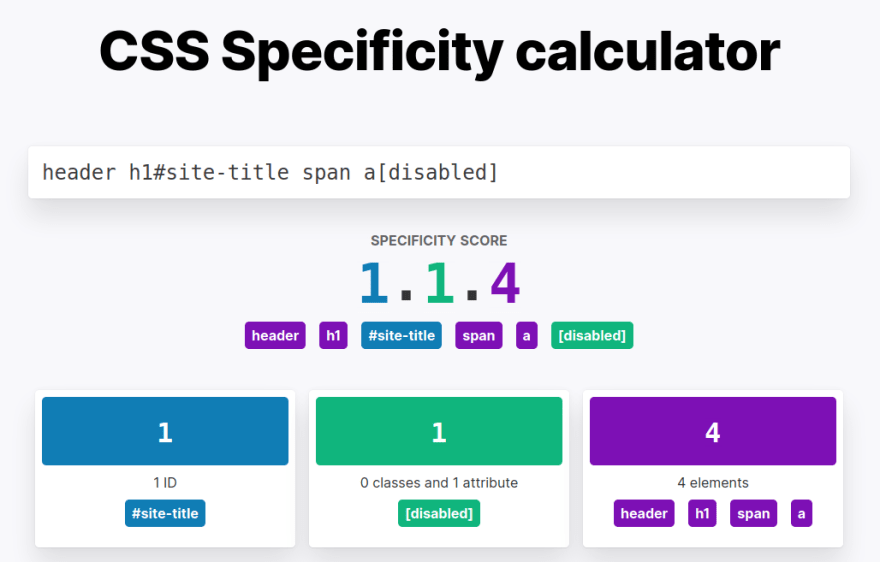 So I decided to implement improvement suggestions in the next version of Polypane. Any color with insufficient contrast will get a suggestion if we can calculate that, based on the required contrast ratio for that specific font-size:

After building that, I decided to create an online tool that did the same. Most online contrast checkers are either fast but only give you the current ratio, or slow and then suggest colors. Many of them also don’t take into account the alpha of a color leading to incorrect ratios.

I think tools should be fast, correct and helpful, so I set out to make a tool that updates on the fly, correctly handles transparencies and also gives you alternative colors if your contrast ratio is not enough. 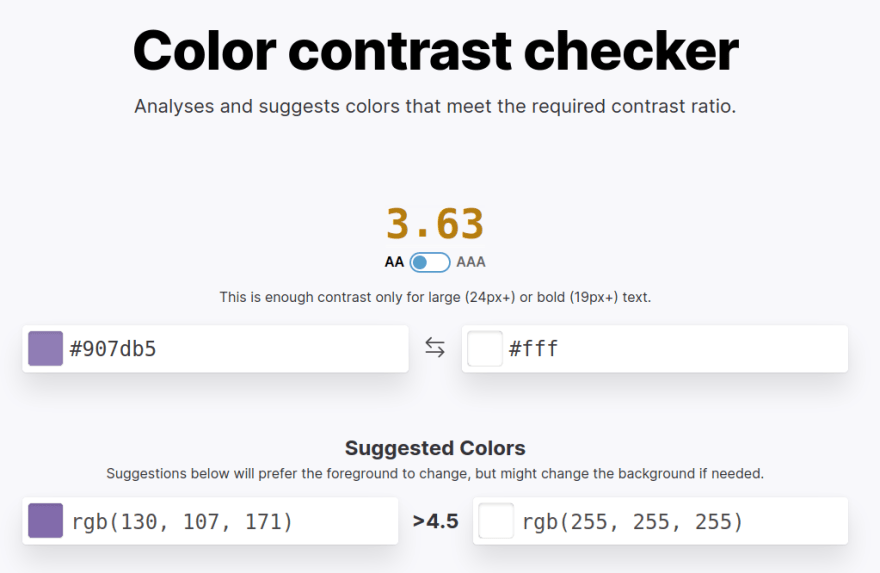 For both tools, I made sure that their status is included in the URL, so you can share them. They are available for free on the Polypane website, alongside the Responsive design glossary that I wrote. Let me know if you enjoy using these, and if you have suggestions for new tools to build!

Let's go beyond console.log statements. (There is more to console object than what meets the eye. )