Hello everyone! Hope that sunny summer weather does not cool off your interest in the latest developments in the JavaScript world. Expecially since many noteworthy updates have been released in June and I’m excited to share them with you. Today you will learn about the main results from the 2022 Developer Survey, key features in Angular 14, recent releases from DHTMLX, why GitHub discontinues the Atom editor, reasons behind the Vue.js backporting, and current activities of the React team. In the second part, you’ll find a pack of useful articles that cover some tricky aspects of JavaScript. 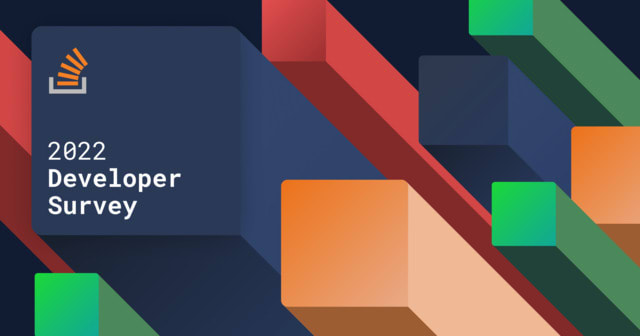 The Stack Overflow platform has recently published the results of its popular annual Developer Survey. This year, more than 70,000 developers from all over the world took part in this research project and shared their views on various aspects of a programmer’s life. But we’ll focus on the most intriguing part of the survey - technology rankings.

JavaScript is still the most widely used and moderately dreaded programming language among the respondents to which we have become accustomed. React and Node.js were named the most common chosen web tools. But you’ll probably be surprised to know the place of Svelte as the most loved web framework is taken by Phoenix - a top tool in the Elixir ecosystem. The numbers provided in the survey also say that Docker has become as important for professional developers as Git. Find more interesting facts in the full 2022 Developer Survey. 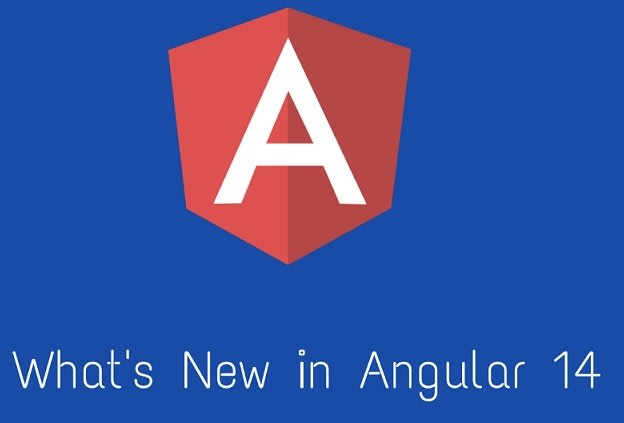 Angular is still one of the most widely used front-end framework despite a high level of competition in this segment. To maintain developers' interest to the product at a high level, the Angular team regularly updates the framework with new features and improvements. So meet Angular 14.

This major update includes a range of novelties, but two of them deserve our special attention. The first long-awaited feature is the possibility to apply strict typing for Angular Reactive forms. It will help to detect many common errors in TypeScript code. Thus, Angular developers will be able to create much safer forms, especially when dealing with deeply nested complex cases. But bear in mind that this feature is not applicable to template-driven forms.

Another big feature added in v14 is the concept of Angular stand-alone components. Such components will free developers from the necessity to use ngModules. Now they just can add dependencies directly to components rather than modules. This novelty has the potential to significantly simplify the process of building Angular apps, but currently it is in developer preview and may change in future versions. To become familiar with other new things provided in Angular 14, check out this article published in the Angular blog.

DHTMLX is a well-known provider of business-oriented JavaScript components and this month the company has reminded the dev community of itself with two interesting releases. First of all, the DHTMLX team enriched its product line with a new task management tool - JavaScript To Do List. In addition, the DHTMLX Kanban library has been updated to v1.2. 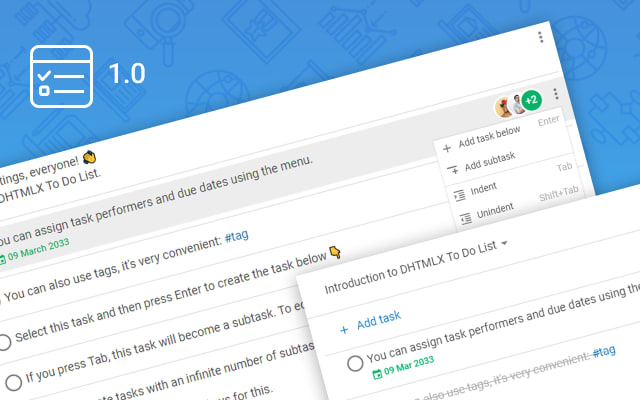 DHTMLX To Do List is a simple yet powerful widget that allows implementing a multifunctional to-do list that will function equally well in browsers of desktops and touch devices. This product has a user-friendly interface consisting of two main sections - a toolbar and a list. The first UI element serves for adding projects and conveniently reviewing them, while the second one helps to plan tasks for each project and monitor their completion. There are plenty of useful features for managing tasks. For instance, you can split complex tasks into subtasks, assign tasks to particular employees, specify due dates, categorize tasks with tags, manipulate tasks with the keyboard, use different modes for showing tasks completion, and more. Thanks to a flexible API, it is possible to change the toolbar structure or add custom controls to it and style any part of your to-do list in accordance with any project requirements. 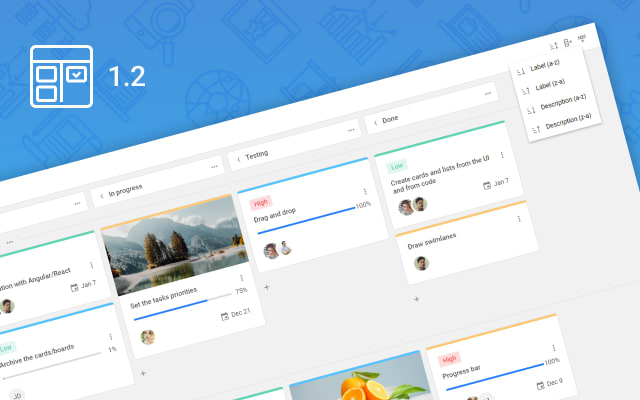 The release of DHTMLX Kanban 1.2, despite its minor status, offers a range of important features designed to facilitate more productive work with large projects containing hundreds of tasks. The most notable changes introduced in v1.2 are built-in and custom sorting settings, lazy rendering, separate scrollbars for Kanban columns, and custom context menus for cards. Moreover, now you can also make use of the enhanced toolbar API and enjoy improved work on mobile devices.

There is also one great feature that is related to both of the DHTMLX products discussed above. The thing is that they can be easily integrated with each other as well as with other popular DHTMLX libraries (Gantt, Scheduler, Suite). Using these components together, you will be able to create a comprehensive business application without any compatibility issues. 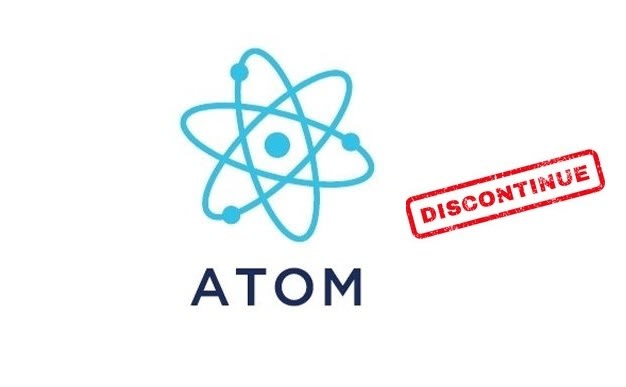 If you are still using the Atom editor for working with your code, it is time to start thinking about a worthy substitute for this tool. The thing is that GitHub has announced that its popular editor will be discontinued at the end of the year. This decision is caused by the company’s inclination to concentrate efforts on enhancing the developer experience in the cloud by developing and promoting such technologies as Microsoft Visual Studio Code and GitHub Codespaces.

Interestingly, when Microsoft purchased GitHub in 2018, new owners were interested in keeping the Atom project alive. But priorities have changed and the Atom repository will be archived On December 15, 2022. More details are provided in this post.

At the same time, we cannot exclude the possibility that Atom will be further supported independently of GitHub by the web community via new forks. Atom is still quite popular among developers since it allows working with syntax of 31 programming languages, including JavaScript, and supports plugins written in JS. Therefore, it may be too early to give up on Atom. We’ll have to wait and see. 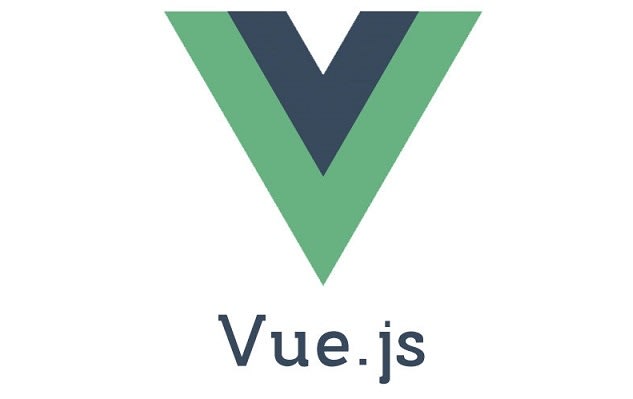 Evan You together with his team gives the finishing touches to Vue 2.7 despite the fact that Vue 3 now being the default version of the framework. Why is that? The point is that many developers still cannot migrate to v3.0 because of various bottlenecks such as dependency compatibility, browser support requirements, etc. Therefore, it was decided to help those who still have to use Vue 2.x by backporting some of the key features from Vue 3. As a result, some features from Vue 3 will be available in v2.7 that is currently in beta.

At the same time, it should be noted that v2.7 will be the last release of Vue 2.x. It will be supported for 18 months (by the end of 2023) to give developers enough time for migration to Vue 3. Learn more details about the upcoming release in this post. 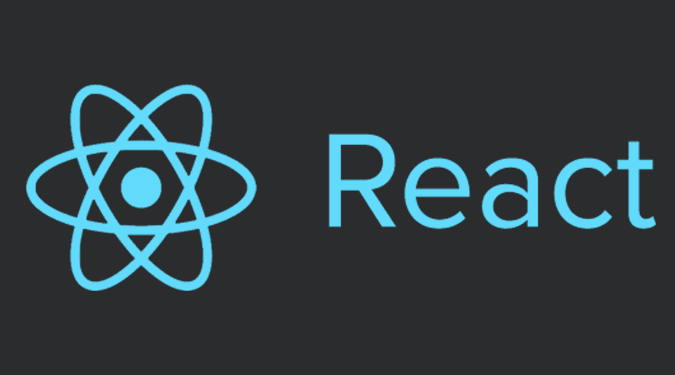 It is very frustrating when your favorite JavaScript framework does not receive significant updates for a long time and nobody knows when that will happen. React admirers know how it feels for sure. They had been waiting for the release of React 18 for several years without getting much info on the process until it was delivered a couple of months ago. Now the React development team plans to start sharing more information on their undertakings with the community on a regular basis. Read the first portion of news from the React team in this blog article.

JavaScript is regularly updated with new features that allow developers to do a lot of good stuff. But in practice, it is hard to make the most of new functions right away, because of limited knowledge of their practical application. Fortunately, it is possible to save time and benefit from the successful experience of others.

You can do it by reading this article provided by the professional front-end developer. This material sheds light on some tricks that will help you to work effectively with the features recently added to JavaScript.

When it comes to making up your mind about the architecture type for a web project, developers commonly choose between two popular options - a single-page app (SPA) or a multi-page app (MPA). Although the choice is reduced to two options, it still can be a problem. If you are facing the same dilemma, you should visit the blog of a professional developer Nolan Lawson. Recently, he has posted a series of great articles that will help you to better understand the pros and cons of both approaches.

It is well-known that npm packages can be installed in two ways: locally or globally. But many experienced developers consider it a bad practice to install npm packages globally and discourage their young colleagues from doing so. There are many reasons for that: unsuitability for working on several projects, possible breaking changes, security concerns, etc. Dr. Axel Rauschmayer, the expert in JavaScript language and web development, has recently published an informative article, where you can find the description of alternative options to global installs.

When writing code in JavaScript, it is frequently needed to execute a task or any function at a certain time. In such a case, it is natural for web developers to use special timing functions also known as JavaScript timers. But there may be a better way for addressing JS timing issues. It is claimed that you can create effective workarounds for dealing with this problem using the Web Animations API. The author of this article gives more details on this uncommon approach.

Learning about Svelte Origins from the Inside

During the last few years, Svelte has gained the reputation of the most loved JavaScript framework. Indeed, it is really hard to find a reason why not to love this easy to use and truly reactive tool. If you’ve already joined the army of Svelte admirers or just want to learn more about it, you will certainly enjoy watching the documentary titled Svelte Origins. You will learn many interesting things about Svelte from its creator Rich Harris and members of the Svelte community who contributed to the development of the framework.

That’s it for now. Thanks for reading and see you soon.

5 tips to improve your Code Reviews on GitHub

12 Things EVERY JavaScript Developer Should Know 🕛

Once unpublished, this post will become invisible to the public and only accessible to Pavel Lazarev.

Thanks for keeping DEV Community safe. Here is what you can do to flag plazarev:

Unflagging plazarev will restore default visibility to their posts.