After Reading This Article, You will come to know about Ansible Roles and how they play a vital role in managing the playbooks.

To understand more about Ansible, Webservers, and Load Balancer, You can refer to my other blog linked below.
Link: https://dev.to/piyushbagani15/configuration-of-apache-webservers-updating-haproxy-dynamically-using-ansible-2b7h
Let us understand what are roles??

Roles are a way to create multiple tasks together to do automation in a very effective manner with proper directory structures. They allow you to break up the configurations and perform it effectively. They can be easily modified and the syntax errors can be reduced.

An Ansible role has a defined directory structure with seven main standard directories. You must include at least one of these directories in each role. You can omit any directories the role does not use. For example:

By default, Ansible will look in each directory within a role for a main.yml file for relevant content (also main.yaml and main):

Now let us move ahead and create the role for Webservers.

If you store your roles in a different location than /etc/ansible/roles/, set the roles_path configuration option so Ansible can find your roles.

Here you have to mention the roles_path in the ansible config file. 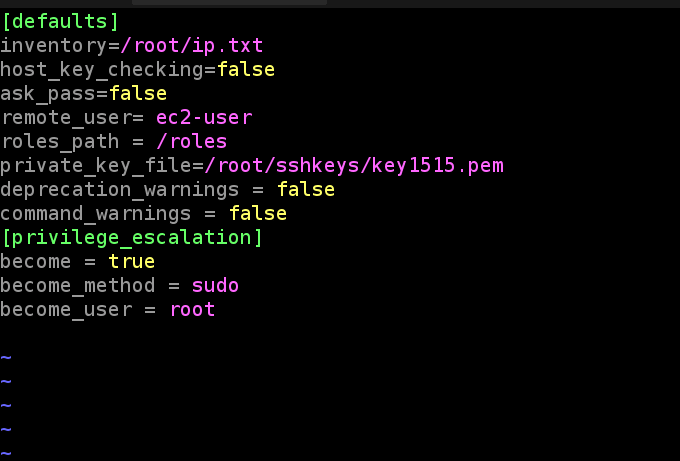 For creating roles, We need to run the following command,

Here I have created the role named MyWebservers.
NOTE: Here I am doing this demo by launching instances in AWS cloud, you can do it in a local system by launching multiple VM(s).

The files inside the role named MyWebservers are as shown below.

Now change to the directory /tasks and write the following code in main.yml. 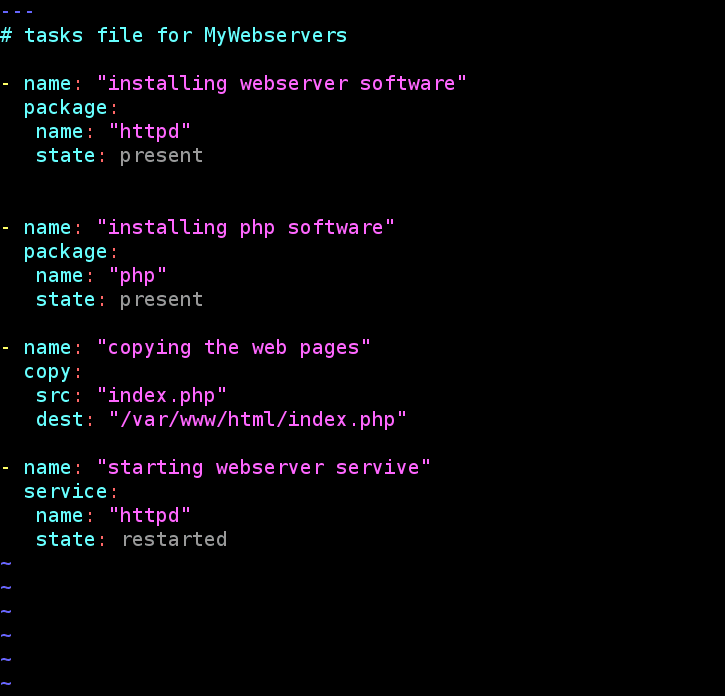 This directory contains the files or configuration files which we need to use. Change to this directory and keep your webpage there.

Here I have a file named index.php that is my webpage. 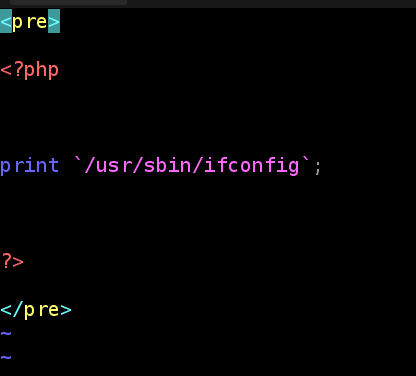 Here, We are done with the configuration of the webserver.

Now, we will create a role for Configuring the load balancer.

Here I have created the role named MyLoadBalancer which consists:

This directory contains all the tasks which we are gonna use. Edit the main.yml file and write the following code: 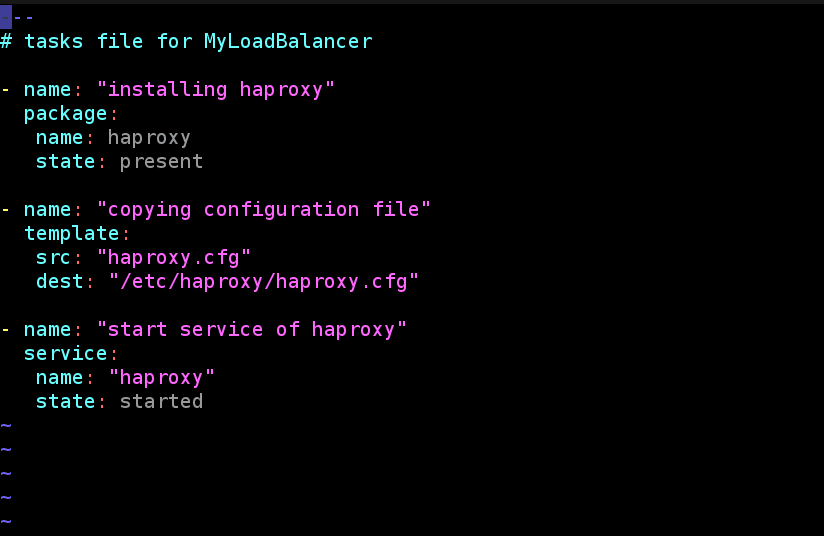 For configuring the load balancer this will execute the following

In haproxy.cfg file write the following:

Now we are done with the configuration of LoadBalancer.

Combining the roles Together

For using the roles we need to make a playbook that will run those roles. Here I have created the main_setup.yml file which is the main playbook we are going to run.

The code in main_setup.yml is as follows: 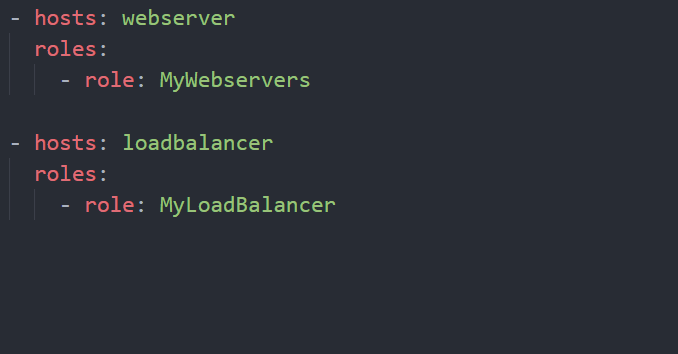 We can see the execution :

Voila, The playbook ran successfully without any error, That means the Webservers and Load Balancer are configured successfully.

Let us Verify, For this, We will access our webservers using the IP on which Load Balancer is configured and the port number 8080 which we bound in the haproxy.cfg file.

That’s all We did it. 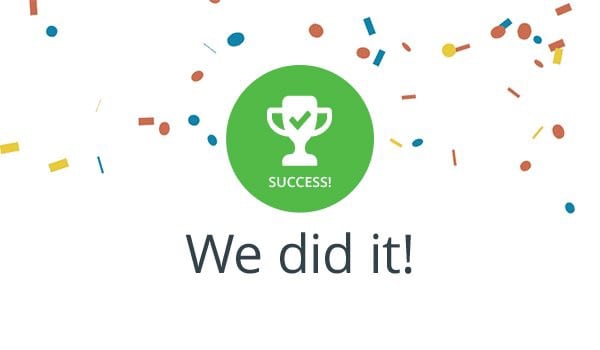 For your reference I am Linking my Github repository here.

How to run powershell script from Azure DevOps Pipelines

Hosting a static site on an FTP server with Next.js examples

Dynamically scale down AppService outside business hours to save 💰💰

Once suspended, piyushbagani15 will not be able to comment or publish posts until their suspension is removed.

Once unsuspended, piyushbagani15 will be able to comment and publish posts again.

Once unpublished, all posts by piyushbagani15 will become hidden and only accessible to themselves.

If piyushbagani15 is not suspended, they can still re-publish their posts from their dashboard.

Once unpublished, this post will become invisible to the public and only accessible to Piyush Bagani.

Thanks for keeping DEV Community 👩‍💻👨‍💻 safe. Here is what you can do to flag piyushbagani15:

Unflagging piyushbagani15 will restore default visibility to their posts.