As per the official Jenkins wiki information, a Jenkins freestyle project is a typical build job or task. This may be as simple as building or packaging an application, running tests, building or sending a report, or even merely running few commands. Collating data for tests can also be done by Jenkins.

For instance, a real-world scenario could involve Jenkins allowing you to submit reports to log management at any specified stage concerning management, which may include details about artifacts or shipping application logs. To get a better understanding, we will dive deeper into how to create a job in Jenkins & eventually a Jenkins freestyle project.

Let’s find out more about Jenkins Build Job before we begin creating a Freestyle project.

What is a Build Job?

Generally, a real project requires many separate but related build jobs in a CI or DevOps cycle.

Let us first understand what the Jenkins Freestyle project is and how we can create it.

What is Jenkins Freestyle Project?

The best part about the Jenkins freestyle project is that it allows you to configure just about any build job, thus making them highly flexible and configurable. The Maven 2/3 builds, on the other hand, understand the Maven project structure and let you set up Maven build jobs quickly with added features.

In a freestyle build job, you can break down your build job into several smaller build steps, making it easier to organize builds in separate stages. E.g., in one step, a build might run a suite of functional tests and then tag the build in a second step if all functional tests are successful. It may be appropriate to invoke an Ant task or a Maven target or run a shell script in a technical terms build phase.

Various other Jenkins plugins also let you use additional types of build steps. These involve Grails, Gant, Rake, Gradle, Ruby, MSBuild, etc. But what highlights a Jenkins Freestyle project is that it lets you create general-purpose build jobs with maximum flexibility.

So the bottom line is- the freestyle projects allow you to configure just about any build job.

A Jenkins project involves steps and post-build actions and is a repeatable build job. There are limitations in the types of actions you can perform in a build step or post-build action. Within a Jenkins freestyle project, there are several standard plugins available to help you overcome this problem. These plugins allow you to configure build triggers and offer project-based security for the Jenkins project.

When to Use a Jenkins Freestyle Project?

Plugins such as Git, Maven, and SonarQube are the preferred way to access resources. And technologically, every developer can write a script to access those resources within a Jenkins freestyle project. However, it is recommended that every developer in the development team should follow the guided security best practices and inhibit from adapting a scripted approach.

To set up freestyle projects using Jenkins, we need to ensure that we have Jenkins installed and up and running. Also, it is mandatory to be authenticated as the ‘Admin.’ You can refer to our hands-on Jenkins tutorial to learn more.

Once you have Jenkins up & ready, let us create a Jenkins freestyle job. 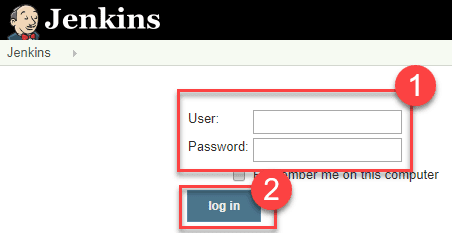 Step 2. Go to the “ New Item ” option at the top left-hand side of your main dashboard. 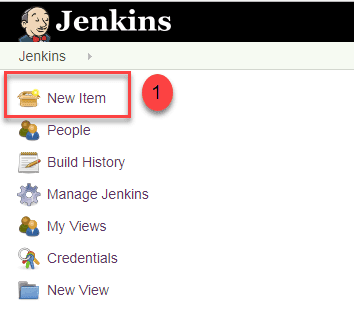 Step 3. On the next screen, 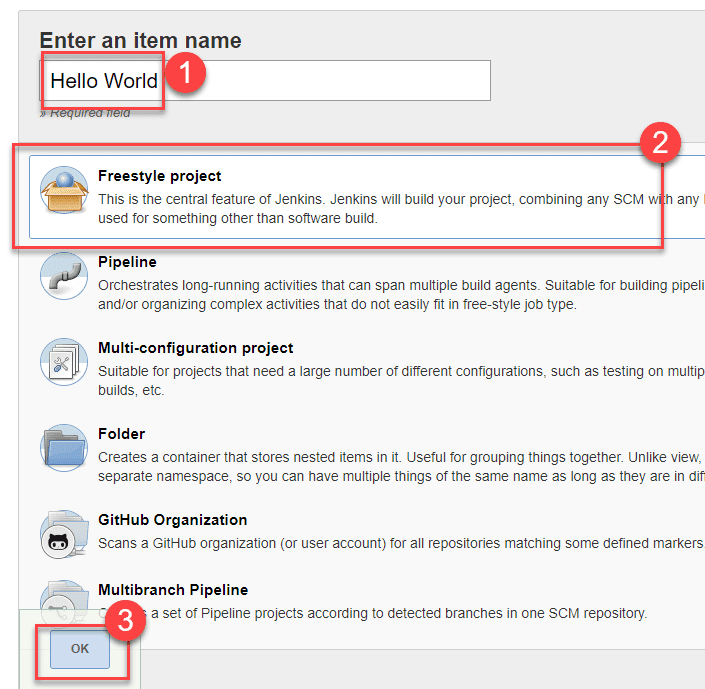 When we hit Ok, Jenkins automatically takes us to the project configuration view, where we need to configure our project details. Additionally, we can provide intricate details through tab options.

The first tab is the general details of the project. So the next step is to enter project details.

Step 4. Enter the project details in the General tab, including the name and description of the project that needs to be tested.

Next, let’s understand what the Source Code Management tab does. It checks out code from version control hosts, which implies that if your code is hosted on GitHub or any other repositories, you have to add the repository details. Jenkins will clone the repository.

The blue question mark icons present at the right-hand bottom side serve us with quick tips, and they can be very resourceful and provide more clarification at times. 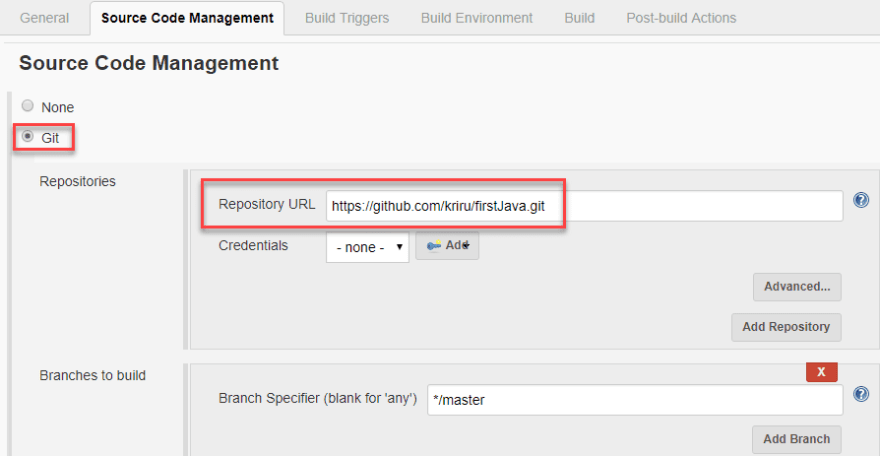 After you have provided all the project & repo details, the next part is to build the code. You can manage the settings under the Build section to build the code at your desired time. You can even schedule the build to run periodically if needed.

Step 6. Go to the Build section and click on the Add build step.

Under the build section, 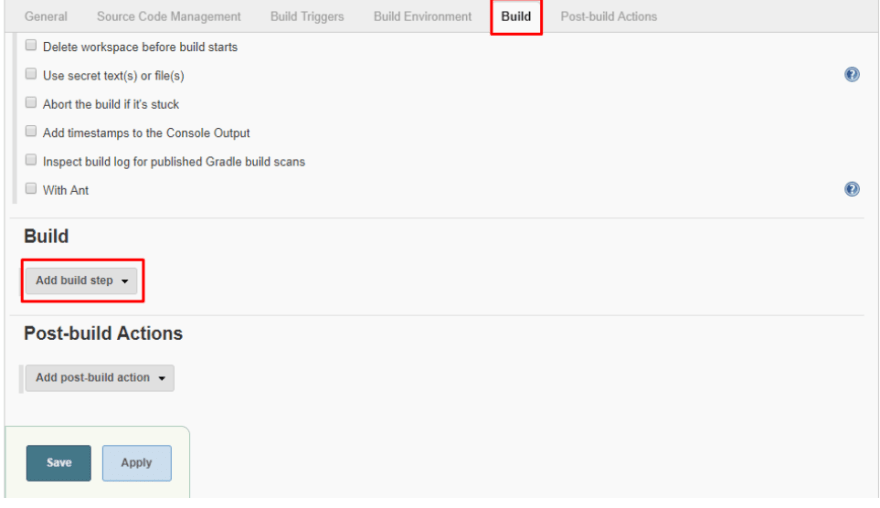 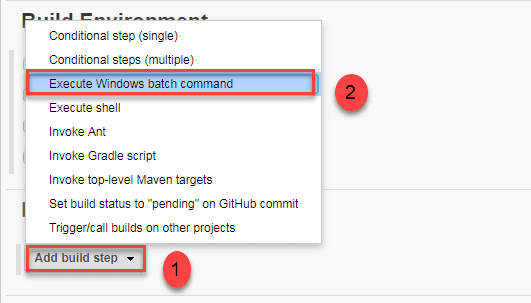 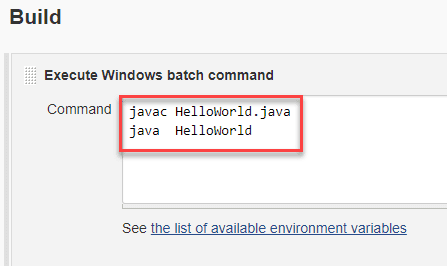 Step 7. When you have entered all the data,

Step 8. On the left-hand side panel, click the Build Now button to build the source code.

Step 9. We can see the status of the build under Build History. 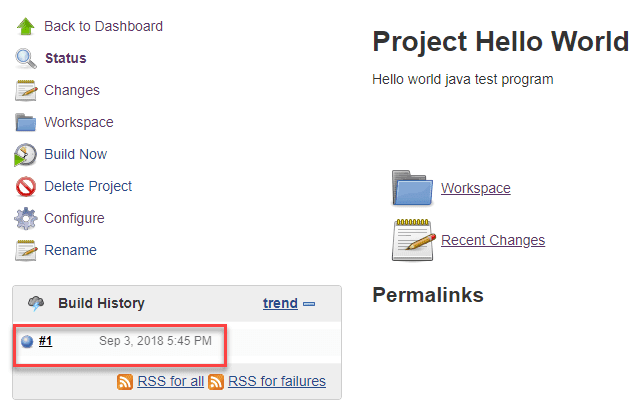 Step 10. We can verify the history of the executed build under the Build History by clicking the build number. By clicking on the Build Number –> Console Output , it should show you a success or failure message depending on how the job ran. 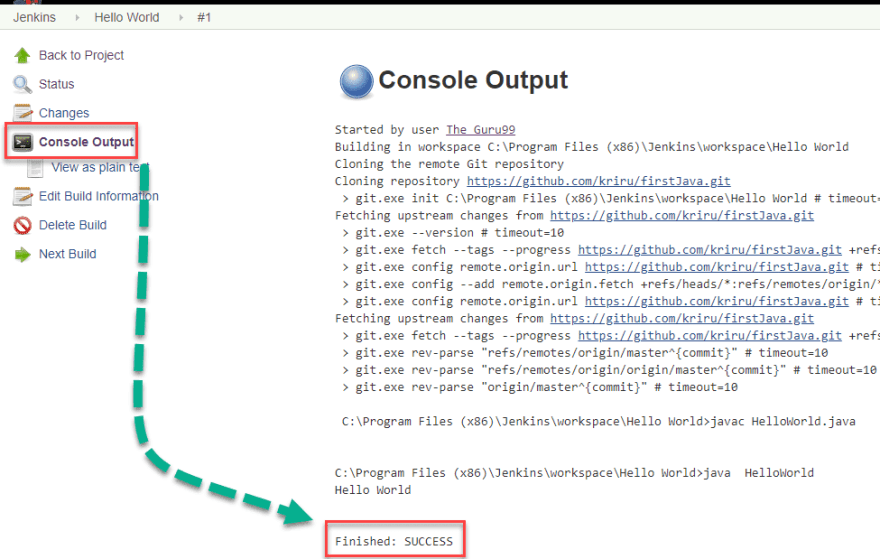 To sum up, we ran a ‘HelloWorld’ program on GitHub. Jenkin pulled up the source code from the remote repository and continuously built it at a frequency you define.

The below demonstration is about creating a Jenkins Freestyle project that first builds a Docker image and then scans it for any vulnerabilities and compliance issues as a test over. 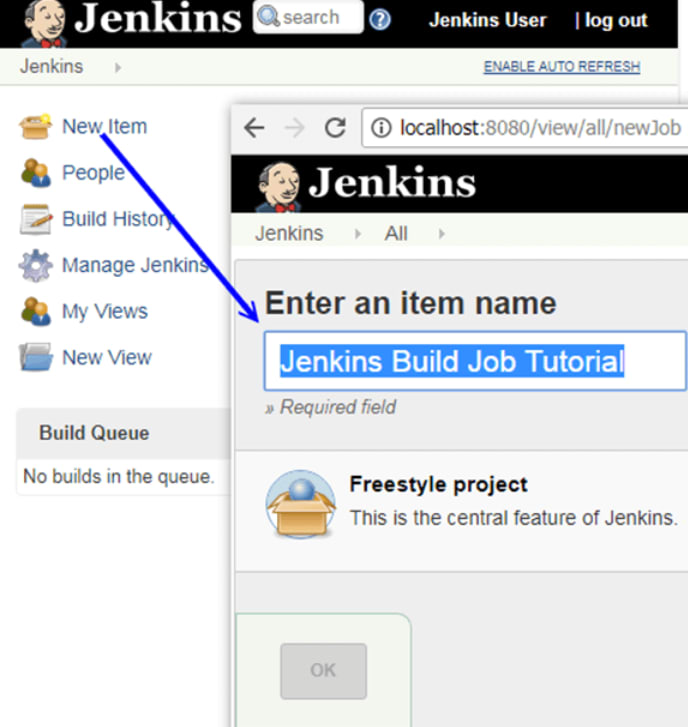 This post-build step depends on a file created by the previous scan-build step, which contains the scan results. In the Jenkins build tool, this step explicitly makes the results available for review. Note that the results have already been published in the Console during the last scan phase, and they are ready for analysis there.

It is similar to the procedure for container images to set up Jenkins to scan serverless functions, except that you can use the Scan Prisma Cloud Functions construct step.

Converting a Project from Jenkins Freestyle project to a Declarative Pipeline

Generating a Jenkinsfile from a project for Freestyle

A centralized configuration file, called a Jenkinsfile, is the basis for pipeline or multi-branch pipeline projects. In the text editor or GUI, a Jenkinsfile can be generated. The file is maintained either with the project code or, for example, a software configuration management (SCM) tool like Git in a separate repository. Using an SCM to store the file gives the configuration file a centralized location, enables code review and provides an audit trail for the pipeline. To build an initial Jenkinsfile, the Declarative Pipeline Migration Assistant uses information from a Freestyle project.

Steps to generate a Jenkinsfile from a Freestyle project- 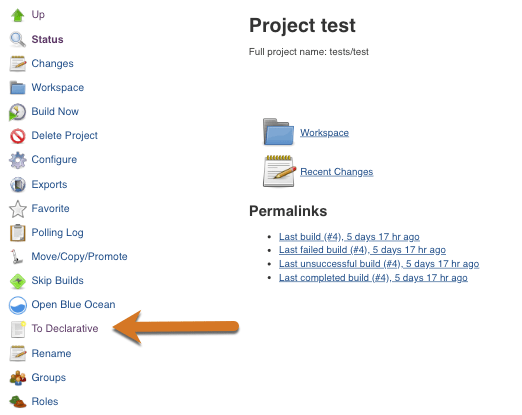 A Jenkinsfile will be supplied for review once the conversion is complete.

It was unable to convert: if the conversion lists a warning for plugins,

The table below exhibits a list of the supported plugins.

After creating a Jenkinsfile from a Freestyle project, you have few options.

Creating a Pipeline Project in Jenkins & Adding a Jenkinsfile

Steps to create a Pipeline project and adding the Jenkinsfile:

Step 1: In Jenkins, create a pipeline project and copy and paste the Jenkinsfile text into the editor of the pipeline.

Step 2: Store the Jenkinsfile in a repository for SCM such as GitHub and:

A small number of plugins are currently supported by the Declarative Pipeline Migration Assistant plugin. For a list of plugins supported, see the table above.

Beyond this list, if you want to add support for a particular plugin that is currently not supported, it involves attaching the API dependency to the converter and creating the extension.

Adding the API Dependence of the Converter

The following code snippet is illustrates how to add a dependency on the converter API:

The following code snippet is an illustration of how to create the extension:

The abstract class SingleTypedConverter<T> defines the extension of the conversion.

The following code snippet is an illustration of how to convert a Shell script Freestyle step using the API:

The following example converts the Config File Freestyle wrapper build using the API. This conversion uses a helper method to add a wrapper around all future build step conversions.

The following example converts the ArtifactArchiver Freestyle post-build step using the API. This conversion modifies the model to add some build conditions.

Depending on which condition the artifact needs to be executed, we add the step to the build condition.

The following example converts the Git SCM Freestyle stage using the API. This conversion adds a stage to the Pipeline model.

Using the API, the following example transforms the cron trigger. The pipeline mode is changed by this conversion to add a trigger property through a utility process.

That’s how you can create your very own pipeline projects!

In this blog, we saw the central feature of Jenkins learning how to create a job in Jenkins, Jenkins build job and creating pipeline projects. Through the Jenkins freestyle project, you can build your project, combine any SCM with any build system. We also saw a few extensions of Freestyle projects like the docker container images. The conversion of freestyle projects into Declarative Pipelines offers a more modern and suggested solution.

Let us know what you feel about this blog in the comments below. Try reproducing the steps for Jenkins to create and build a job to learn on the go.

Piyusha
After being an avid Software developer by profession, I am an Inside content writer who enjoys writing. I enjoy conducting the necessary research to make my articles relevant, current and interesting.
Jenkins Vs. GoCD: Battle Of CI/CD Tools
#cicd #jenkins #gocd #devops
How To Integrate Cucumber With Jenkins?
#jenkins #cucumber #devops #selenium
How To Generate TestNG Reports In Jenkins?
#jenkins #devops #cicd #testng