Thanks to GitHub Actions, we can now setup workflows for our git repository very easily without any configuration from the GitHub platform. Indeed, we just need to create a specific .yml file in .github/workflows folder of your repository.

Having a CI running on every "git pull" (or scheduled with a cron setting in the GitHub Action) increases the quality for each pull request made against your project. You can run performance (PHPStan), code analysis tools (eslint/prettier), formatting scripts (PHP CS/CodeSniffer), unit tests, etc.

In this article, we will create a GitHub action that runs the unit tests of your application. However, you can literally create any kind of GitHub actions for the workflows of your repository 😃

First, go to your GitHub repository, and then create a .github/workflows.

In your workflows folder, create a file called test.yml or ci.yml.

Inside of it, you will start with the name of the CI Action (as it will be shown in the GitHub Actions tab).

Then, you can mention on what event you would like GitHub to listen thanks to on:. I usually mention on: [push,pull_request]. That way, it will run on every git push and pull request.

Then, we can start declaring the jobs of our GitHub Action, jobs: run: where we mention each action we want to job to execute for us.

runs-on is on what OS you would like your job to be executed on. In my case, it will just be Linux and Windows, so I can mention runs-on: [ 'ubuntu-latest', 'windows-latest' ]. -latest suffix means it will use the latest OS available.

The few job steps such as

are just there to give you further information about the version running on your CI in case you need to investigate on an issue coming from your GitHub Action.

is used to validate the composer.json file before installing the dependencies.

Finally, the last step will execute the unit tests

Once you are all done with the configuration of your CI file, GitHub will automatically run your new workflow action you just added.

On new commit pushed or pull requests (depending on what event your configuration (on: [push,pull_request]), GitHub will show the status of each CI run. 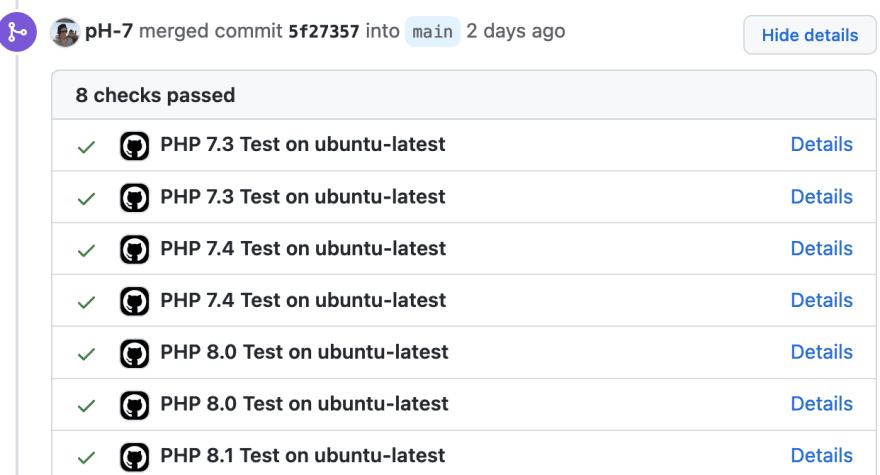 👆 There, the CI for the Pull Request shows that all steps are passing ✅ 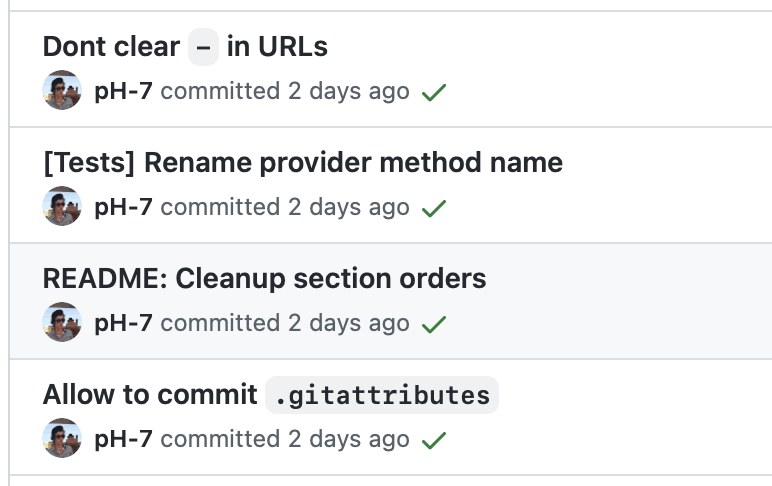 👆 There, the Action job passed ✅

With CI, it's always a good practice to cache the needed dependencies. Some CI (Travis, Circle CI or others) aren't free and you will need to pay per usage. When you are caching them, they get faster and consume less resources. That way, they will also be cheaper to be executed.

If you use Composer, you can add those two steps in your GitHub Action's jobs.

Note: You can also use the commit hash key: mycache-${{ github.sha }} as the cache key to update the cache when a new commit has been pushed. This is usually useful of your project is just a library and that your composer.lock doesn't get changed.

If you use Pipenv with Python,

Like I said previously, you have GitHub actions for many other purposes other than running tests.

Indeed, developers often find themselves doing repetitive tasks that can be easily automated by CI 🎉

You can use GitHub actions for much more than just running tests such as deploying your changes to GitHub Pages, re-publishing an NPM packages or even an action that creates a PR with your DEV.to .md post file.

And you? What's your most common usage of the GitHub Actions? 😄

Cypress vs WebdriverIO | Which one to pick?