The walmart dataset provides historical sales data of 45 stores of Walmart, each having various departments.

The objective of this project is to:

We will import necessary packages as follows:

The dataset contain the following files in the csv format:

train.csv : this file has 421570 rows and 5 columns. The columns contain the information for a store, department, date, weekly sales and whether a particular week is a holiday week or not

store.csv : this file has 45 rows and 3 columns. The columns correpond to the stores, their type and sizes of stores

Merging of Data
Let's merge the data from 3 dataframes into a single dataframe and proceed further with a one dataframe.

The sales are given for Years 2012-2012 on weekly basis. So let's split the date column to extract information for year, month and week 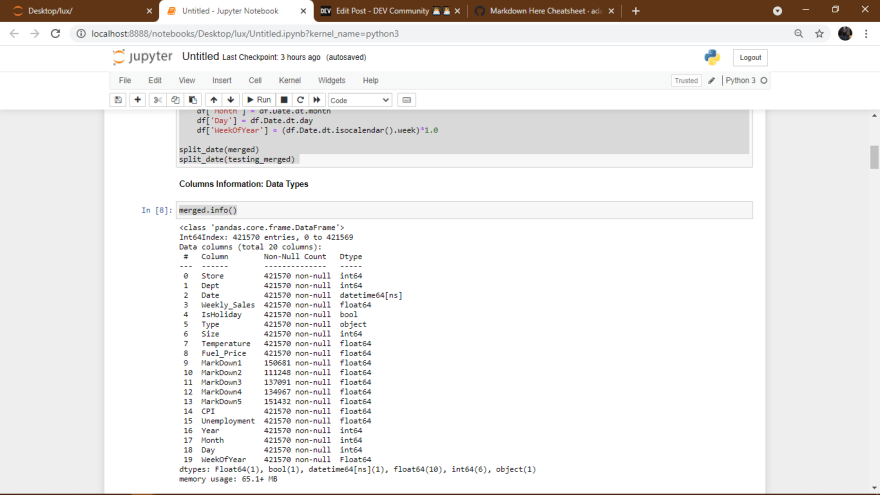 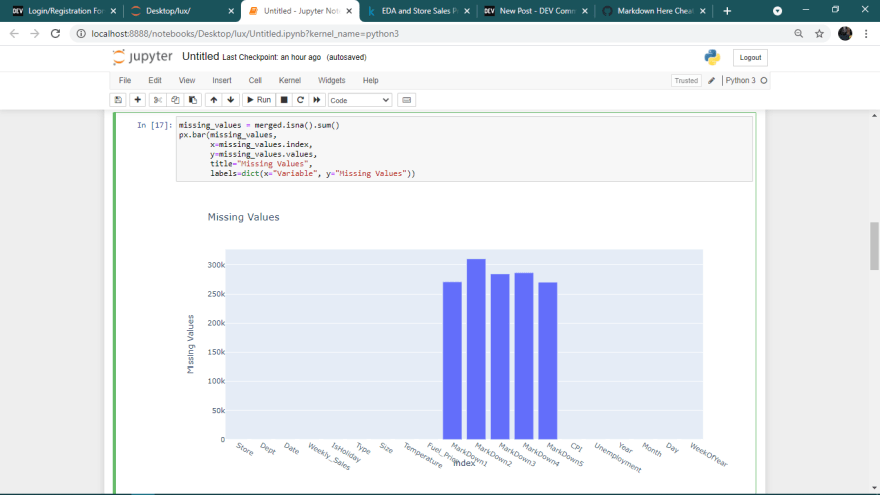 From the above plot;
Markdown1-5 contain lots of missing values, more than 250000 in each markdown column. 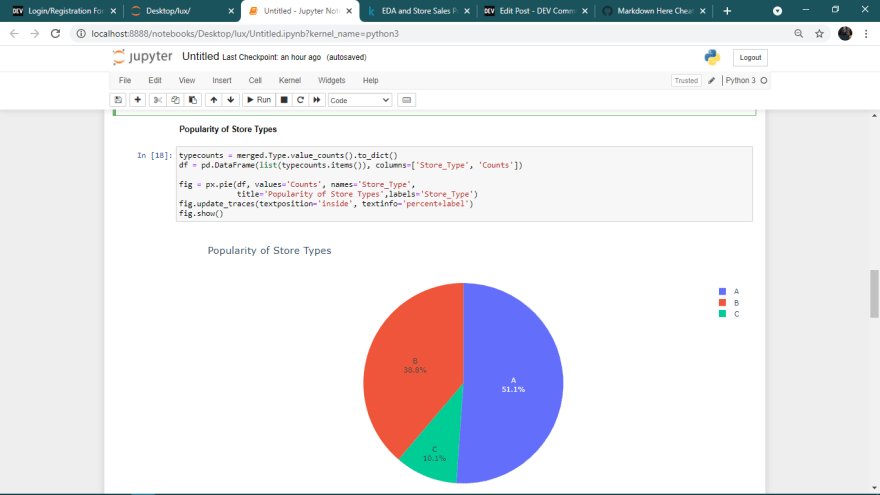 Insights;
Type A stores are more popular than the B and C types 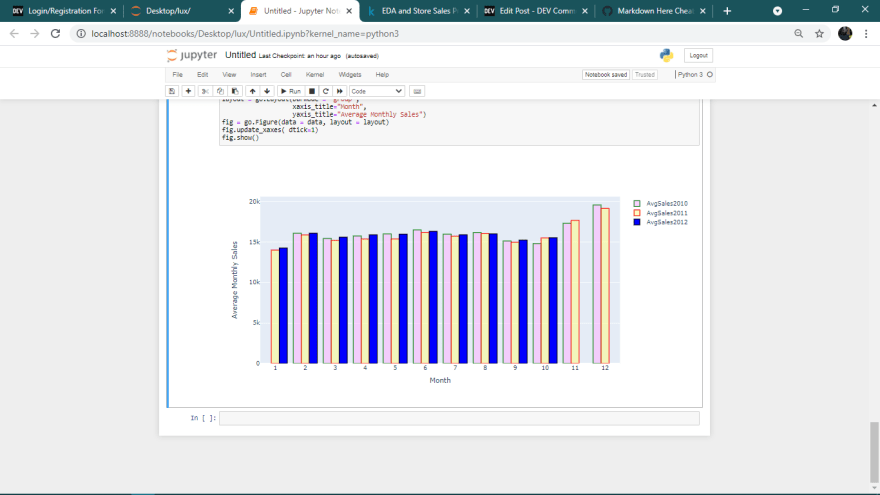 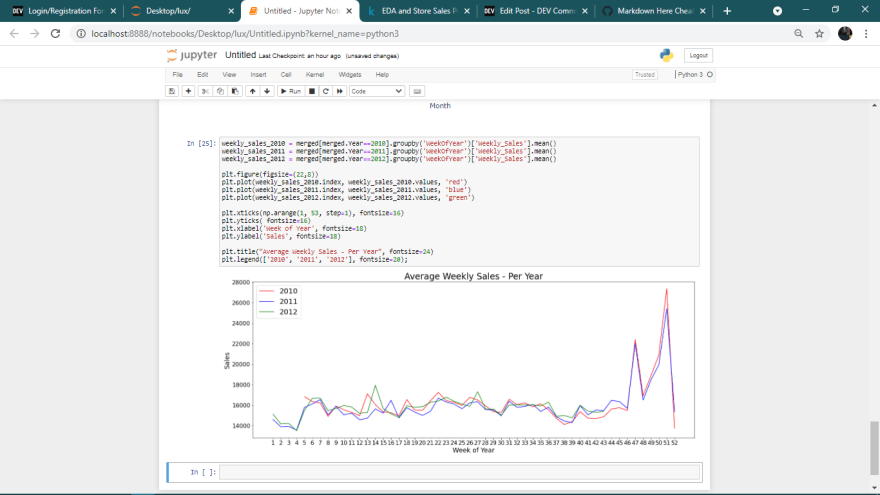 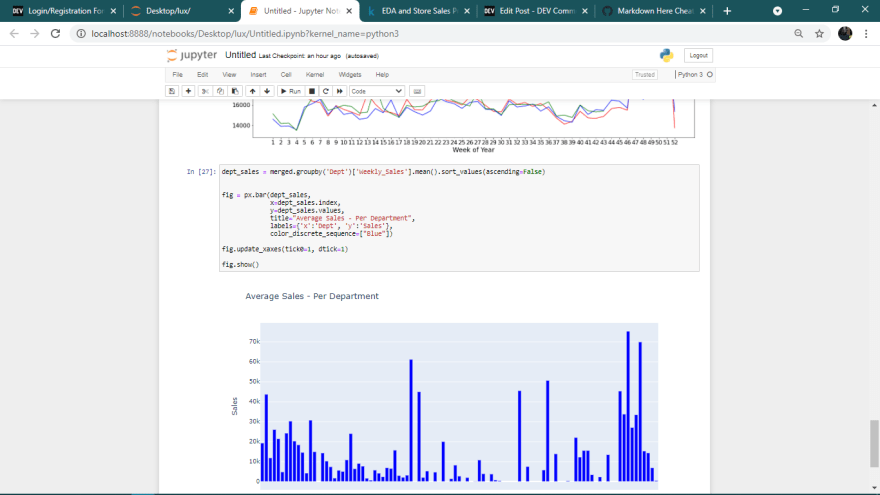 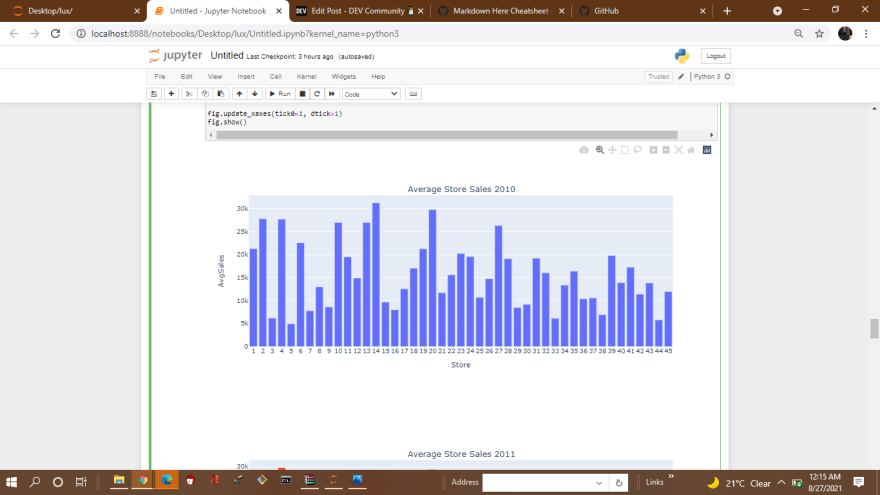 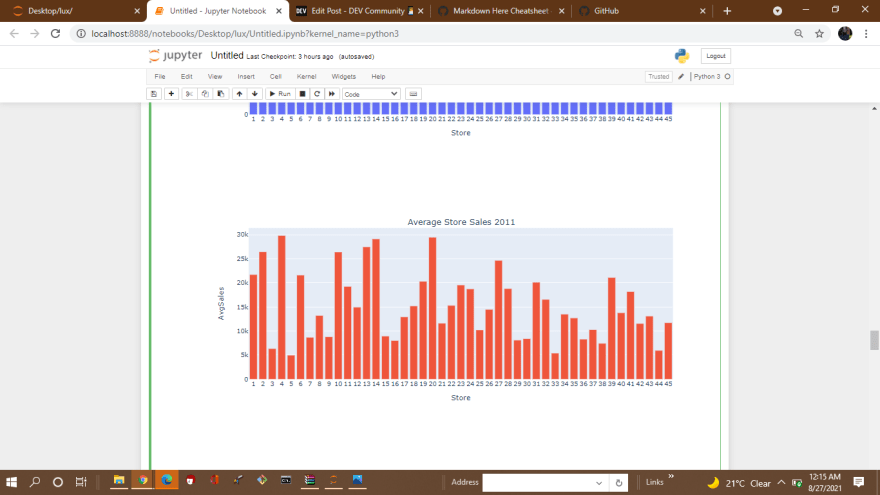 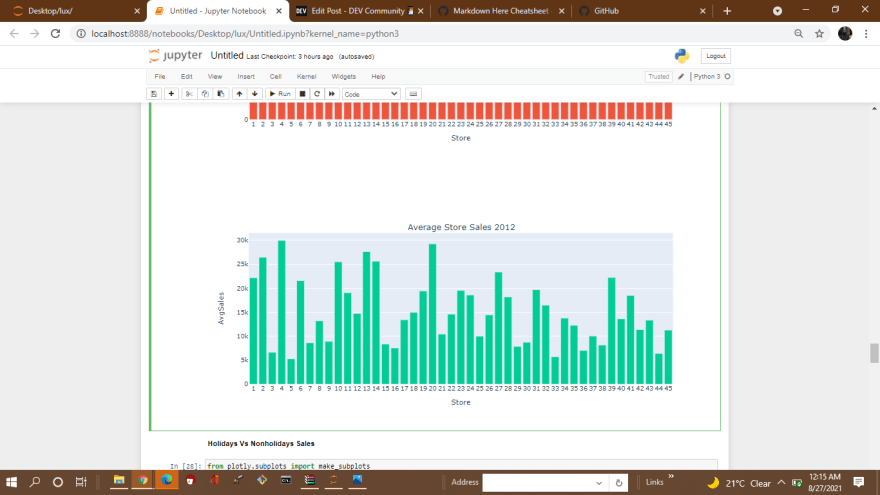 Holidays Vs Nonholidays Sales
*Despite being the less percentage of holiday weeks the sales in the holidays week are on the average higher than in the non-holiday weeks. 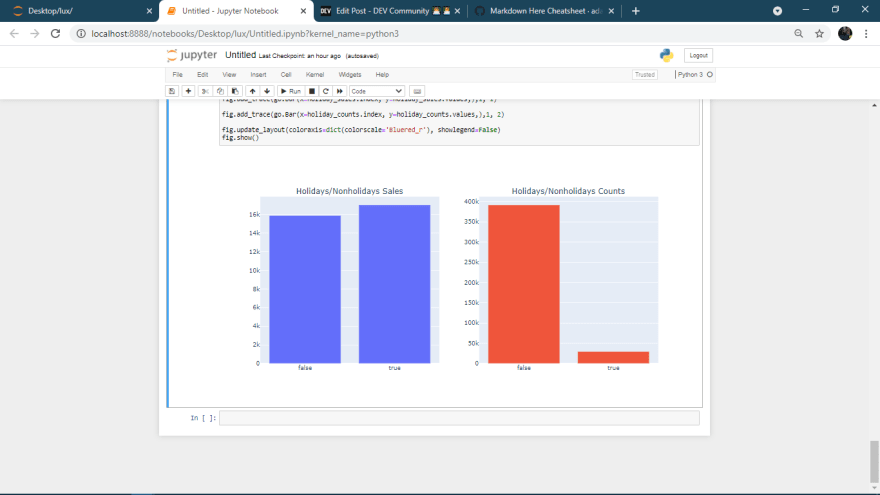 Relationship: Week of Year vs Sales

Weekly sales increases towards the end of the year as shown; 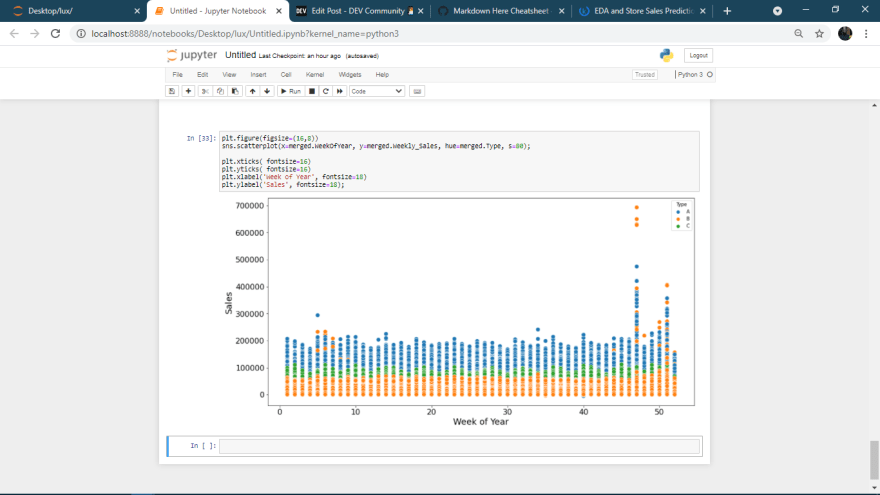 Relationship: Size of Store vs Sales 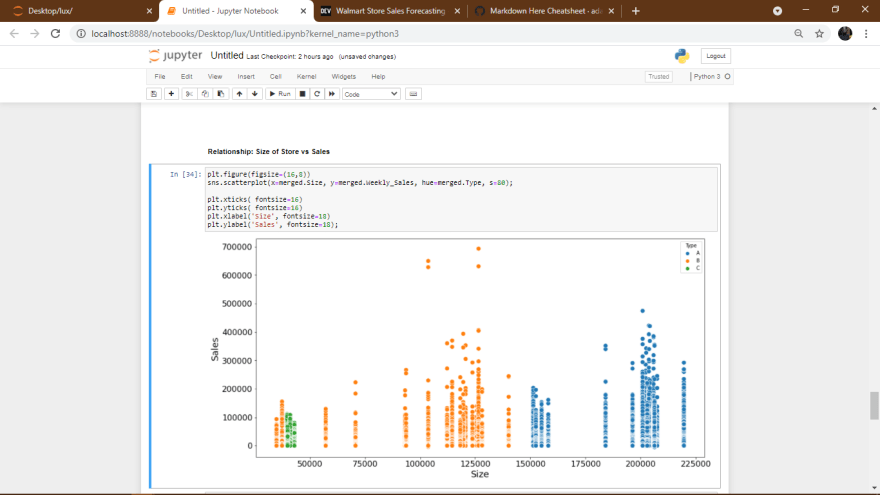 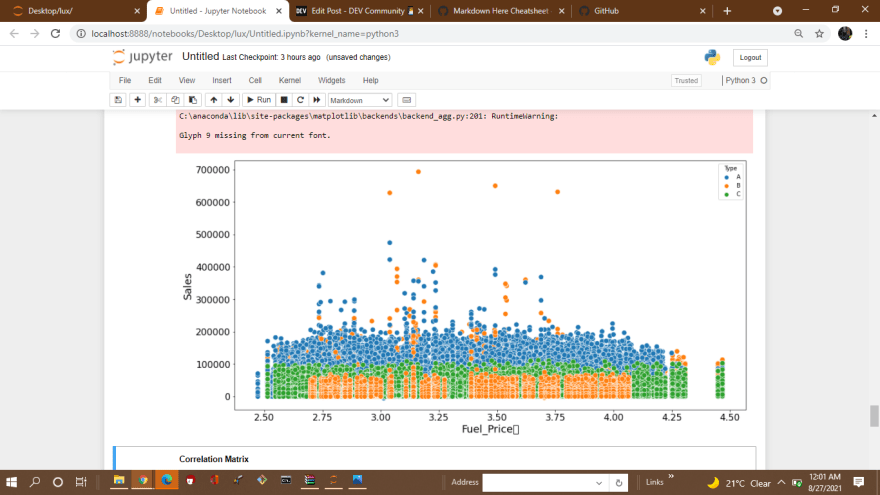 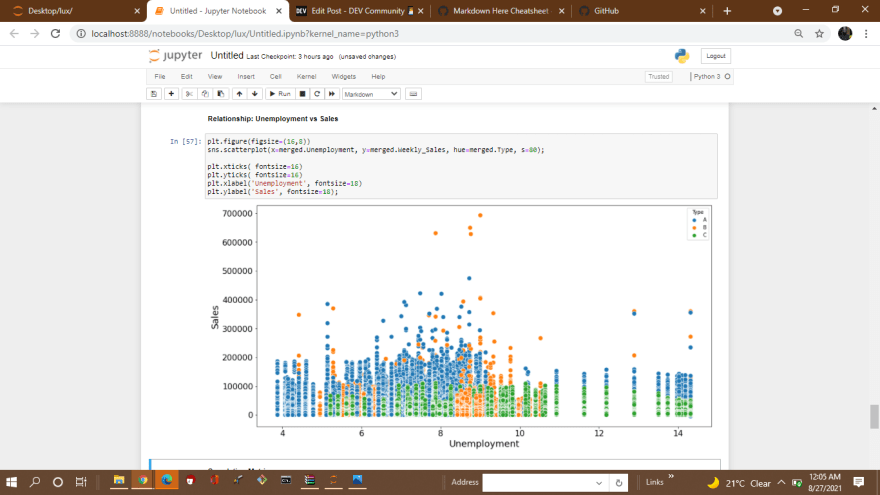 Lets now study the relationship between the different columns numerically to check how they correlate with the weekly sales in order to confirm the inferences we have gathered from the above EDA study.

To carry out Correlation Matrix we will first convert the 'Type' column to numerical values as shown; 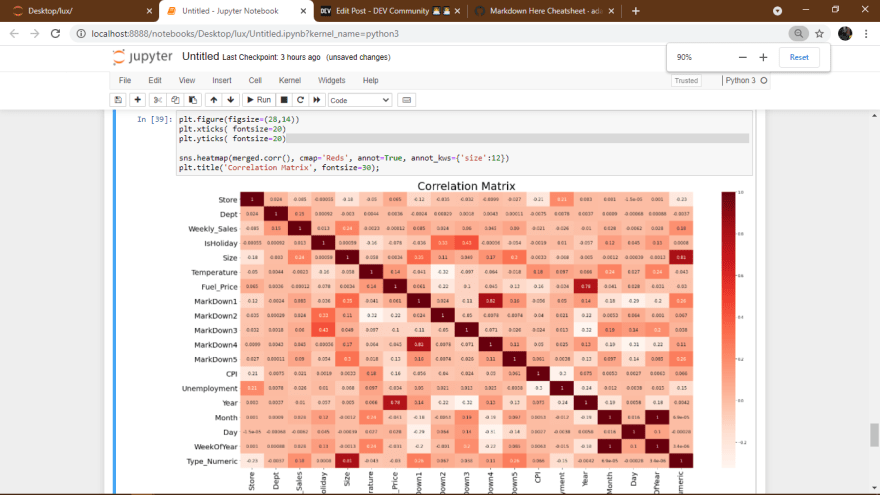 Insights obtained from above correlation matrix are;

Following steps will be performed for preparing the data for the subsequent model training.

We will use Linear regression algorithm. 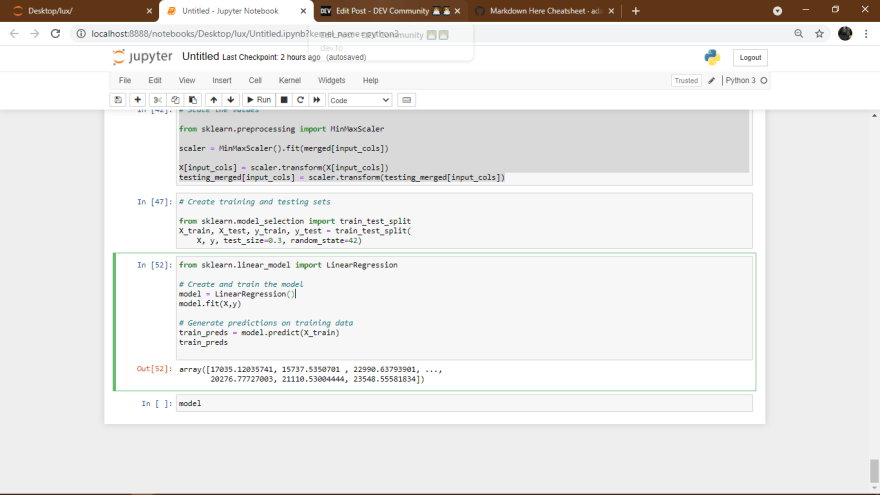