AppOps? What’s that? How does it work? And why do I need yet another paradigm?

These are all valid questions, and to address them, we’ll have to make a quick trip back in time to set the context.

It all started with applications. In the beginning, computers were massive machines housed in labs, worked on by elite scientists and engineers, and the early applications were highly specialized software for space missions, defense, etc. As computers became smaller and more accessible, business-related applications drove the software industry. Then personal computing began to take off, further fueling the development of applications, and it careened along at breakneck speeds — particularly in the last couple of decades.

The breathtaking speed of software evolution meant that developers were scrambling to stay one step ahead. Initially, there was very little time in the development cycle to focus on anything other than functional features. Over time, and often led by the efforts of the open-source community, software tools and frameworks to support developers and ease the pain points of the development cycles became more common and a thriving industry in itself. Development cycles became more efficient, allowing developers more time to focus on the user experience. Customers were becoming better about advocating for their needs, and they also had the luxury of choice as more players entered the arena. Companies had to devote resources to make their product development process as customer-centric as possible to stay competitive.

The tools to support developers through the software development lifecycle allowed for hygiene protocols to be instituted to ensure that the application that worked flawlessly in the developers’ environment worked just as smoothly in the production environment. To support a more disciplined and structured development and deployment process, the IT infrastructure and the teams that maintained it had to expand significantly. Larger teams, more software tools, and supporting hardware resulted in an exponential growth in complexity and steep learning curves for everyone involved. Application developers, in particular, not only had to master the technology they worked on directly, but they also had to learn to handle the tools and protocols of the deployment management process.

Adding to the mix came cloud technology which meant organizations had to get comfortable with hybrid and distributed systems, all of which had to work together seamlessly. The tech world, especially the open-source community, always finds a solution for every pain point. Tools to manage the complexity sprung up, which led to the need for more teams to manage the tools! And so came about DevOps - to foster collaboration between the application (aka development) teams and the IT (aka operations) teams so that releases/services could be developed, tested, packaged, and deployed quickly and with high quality.

DevOps - An Improvement but not quite

Around this time, application containerization began gaining widespread adoption. Containers, which offer portability and extensibility, have become the standard packaging mechanism to deploy application-related libraries, dependencies, and configurations. As container use increased, the need for container management and orchestration became the need of the hour. Thus came about Kubernetes, an open-source platform initially designed by Google, to automate the management of containerized apps and services in a cloud environment. 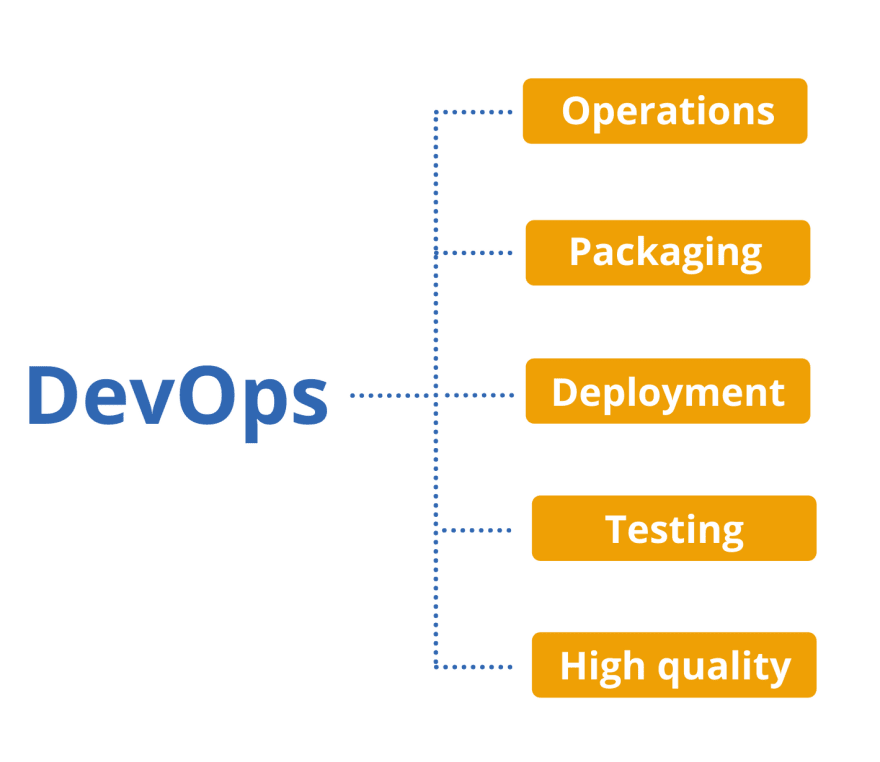 So. Now we have DevOps to connect siloed teams plus a flexible platform like Kubernetes for container orchestration that gives developers more independence and control. So all should be well in the application development ecosystem, right? Not entirely. It’s a good start, but there remain gaps and no tangible way to accommodate different teams and organizations’ nuanced and specific needs. Developers have had to relinquish a lot of their ownership in the application management process to DevOps for the greater good. But having to depend on the DevOps team for even relatively minor changes has become restrictive and inefficient. Also, it results in distracting the DevOps team from crucial operations-related responsibilities. It has led to inefficient use of resources, both human and system.

Despite the greater control that Kubernetes allows developers, there are still crucial missing bits of automation in the workflow (usually related to dependencies or changes that are outside the Kubernetes purview) requiring DevOps to step in regularly with what essentially amounts to manual intervention. An otherwise great platform still requires “glue” or custom code to get to the different moving parts working together. The process isn’t fool-proof - often, changes made by developers don’t fully carry through into the build process because of that small but crucial need for human intervention, which introduces errors, tripping up DevOps teams who are either not fully informed or are not as familiar with the configuration. This leads to an unnecessary and inefficient back-and-forth on problems to identify the root cause. Furthermore, though Kubernetes is a flexible platform, it isn’t necessarily easy to master; many companies admit that their application teams do not have the depth of expertise to handle the complexities, especially in a multi-clustered environment. Therefore an unfair share of the burden weighs down the DevOps teams, who are then mischaracterized as the bottlenecks in high-velocity release cycles.

So though the combination of DevOps and Kubernetes has gone a long way in breaking down the development/operations silos, there are still “last mile” pitfalls that can’t be automated away.

This was the genesis for Devtron proposing the AppOps model. We set out to democratize DevOps because we believe that empowering application developers is an integral part of the solution. Companies should adopt the best DevOps practices across the spectrum - irrespective of the size, revenue, or industry type. AppOps offers a framework and tools that cater specifically to developers, so they don’t struggle with the typical DevOps-oriented tools. It allows for greater efficiency as developers have more latitude in solving their problems. This self-service model also has checks to prevent compromising the inherent integrity of the process.

Using AppOps, the DevOps team can erect guardrails within which developers can build, deploy, and test their applications independently with minimal oversight. If the application fails in this sandbox, it can be debugged, changed, and redeployed, all with nary a call to DevOps. In short, developers can operationalize and manage applications without worrying about the complexity of the infrastructure or the domain knowledge that goes with it. The DevOps resources can spend less time putting out smaller fires and focusing on the more significant and more intensive responsibility of cloud infrastructure management and Kubernetes cluster deployments. A win-win all around. 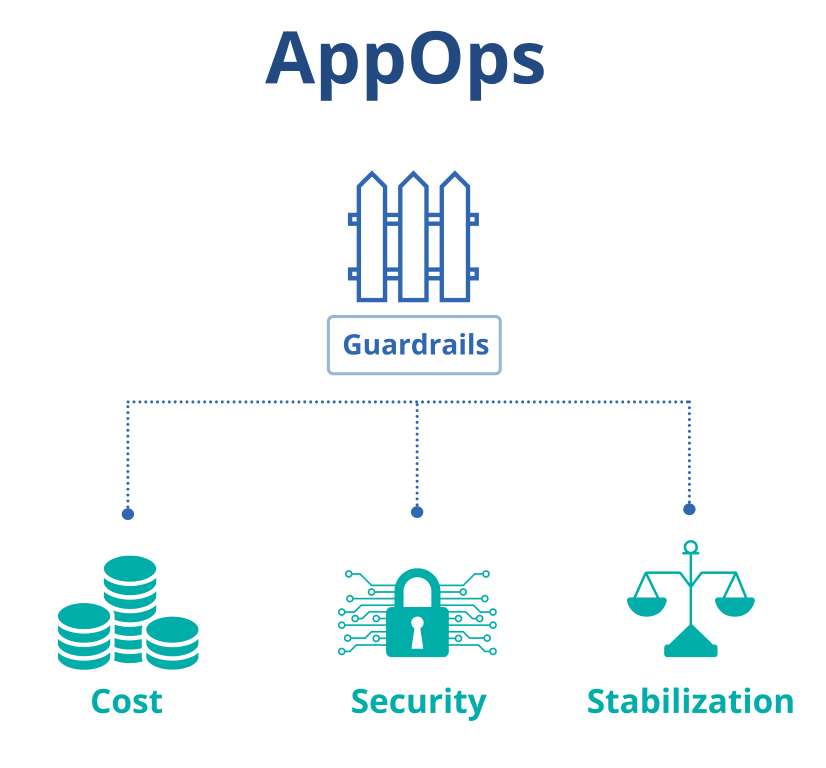 The AppOps platform allows DevOps teams to abstract the complexities of the Kubernetes configuration for developers while providing a consolidated view of all relevant/critical data across the enterprise. They can also add in guardrails — constraints and restrictions limiting what application developers can and cannot do. A well-designed AppOps portal also provides DevOps with complete visibility on all deployed apps and their current state for crucial real-time monitoring.

Devtron has leveraged the power of Kubernetes to make AppOps a reality, bringing together DevOps and developers while also giving both their independence and the space to work separately - always a recipe for a happy marriage - as they work towards the common goal of agile, efficient and high-quality releases that can be deployed smoothly and with minimum churn.

Hi Everyone, I am Prashant, and I have been a DevOps Engineer for more than 15 years now. I've been working on Exciting technologies like Kubernetes, Orchestration, Containerization, among others. With Experience, I understood that there is a lack of consolidated delivery workflow for Kubernetes. So, With some of my friends, I have Co-founded Devtron, an Open Source solution, to solve this issue. It would mean a lot if you can check out our Repo:

I have been using Fedora 36 for a month, here is my review.

The End of Atom

Internet Explorer is dead and we killed it